How students can prevent food waste 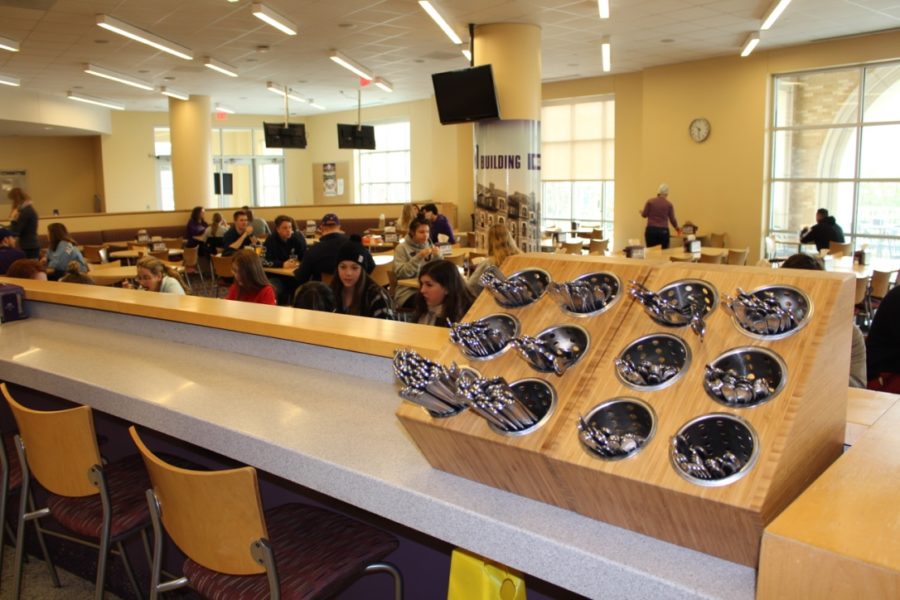 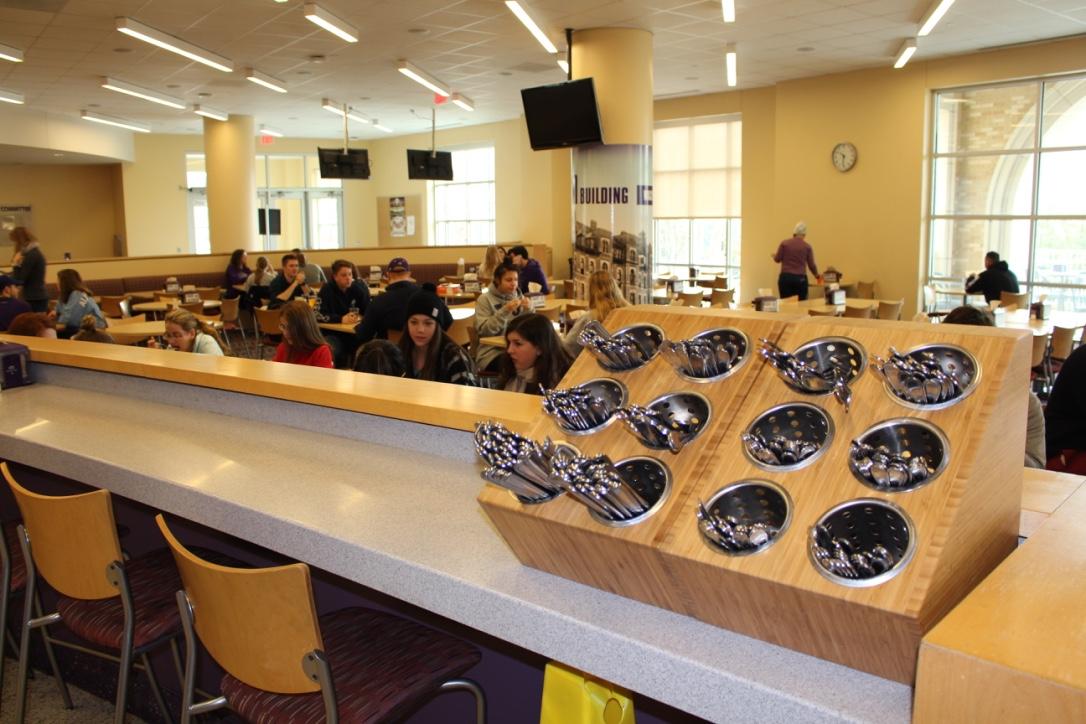 TCU Dining and Sodexo have implemented many programs to reduce food waste on campus; now, it’s the student body’s turn.

The U.N.’s Food and Agriculture Organization (FAO) estimates the amount of food wasted annually is more than twice what is needed to provide food for the roughly 800 million malnourished people worldwide.

In addition to a humanitarian challenge, food waste is also an environmental issue. If it were a country, food waste would be the world’s third-largest emitter of greenhouse gases after the U.S. and China, according to National Geographic.

If food is still left over, it is given to the Fort Worth community, representatives from Sodexo said. The TCU-affiliated Food Recovery Network chapter picks up untouched Market Square food twice a week, in addition to recovering food from athletic games, and redistributes it to local missions for those in need.

TCU Dining also sources food from 53 local farms and a
variety of nearby partners, which eliminates food loss and emissions during the
transportation process.

Uneaten food left by students and other consumers goes through a “pulper” to reduce its volume by 88 percent. However, further solutions for waste, like composting, depend on student interest.

Students have an impact

Despite interest from student government and Sodexo, composting a large amount of food waste has not yet been implemented on campus due to issues with pricing and space, said Nicole Gorretta, Student Government Association’s (SGA) director of sustainability.

She said SGA attempted to introduce composting into some of the Greek houses on campus, but “didn’t get enough participation.”

To pave the way for future composting, Gorretta has written SGA resolutions that request the addition of composting facilities when the Brown-Lupton University Union is remodeled.

Similarly, TCU student McKenzie Amaral has worked on developing a greenhouse on campus after she became interested in food sustainability while writing her cookbook, Dormet, which lists recipes that are able to be prepared in a dorm room.

“An issue that I have encountered thus far is the longevity of the project,” Amaral said. “TCU students need to show a vested interest in this project to ensure that it would be utilized.”

Students need to take initiative in encouraging these innovative solutions – and in managing their own food waste. In the buffet-style Market Square, it can be tempting to choose larger portions, but Gorretta reminds students that “it’s better to take less food and then go back for seconds.” 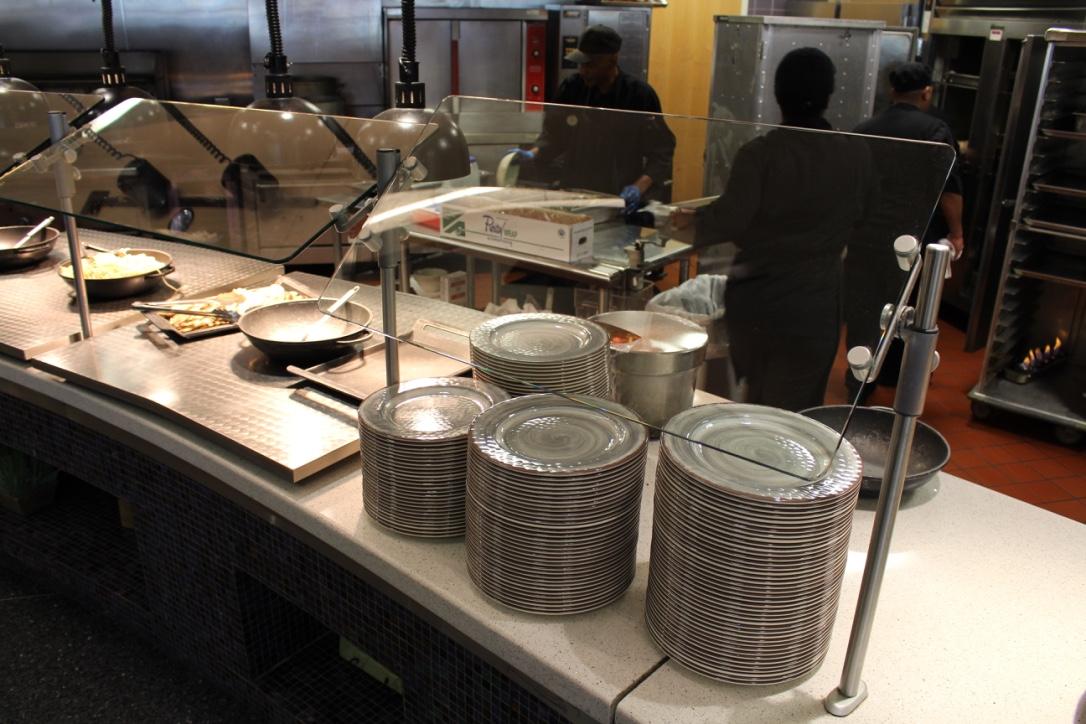 TCU Dining intentionally uses plates instead of trays, which has been shown to cutthe amount of food taken by 25-30 percent in college cafeterias. Photo courtesy of TCU 360.

Dahl and Majestic said preventing food waste starts with students having a greater awareness of their food intake and to “be conscious of how much food you serve yourself. Take what you need to fuel your body, and know that you can always go back for more.”

Students eating off-campus can also contribute by using to-go boxes for leftovers and planning ahead for meals to prevent overbuying at the grocery store can eliminate unnecessary toss-outs.

Occasionally eating leftovers may not feel like a large contribution, but every scrap matters. A USDA study estimated the average American throws out nearly a pound of food every single day, equating to close to 150,000 tons of wasted food daily across the United States.

Just one-third of that food could satisfy the needs of
the 42 million Americans facing food insecurity, meaning they are unsure how
they will get their next meal.

The effects of food waste are far-reaching and costly. The FAO states that wasted food equates to $680 billion in industrialized countries, and the squandered energy and water used to produce and transport the food generate as much as 37 million cars’ worth of greenhouse gas emissions in the U.S. alone.