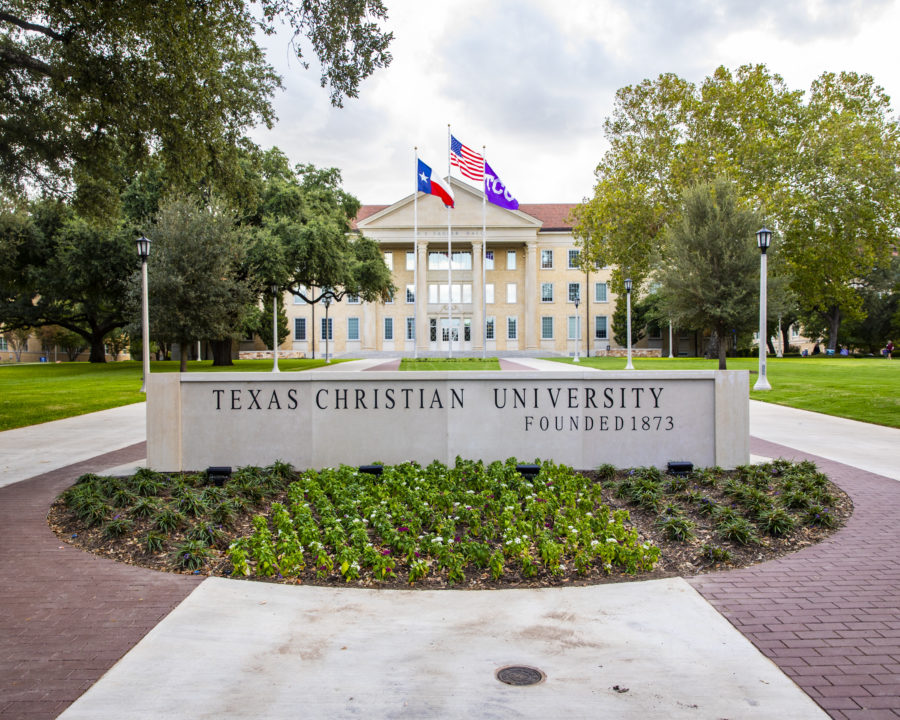 A lawsuit filed in federal court on behalf of a student accuses the Dean of the John V. Roach Honors College of physically and verbally abusing the unnamed student during a month-long course last summer in Washington, D.C.

The suit, which was filed in the U.S. District Court in Dallas, also claims that faculty members on the trip conspired with Dean Diane Snow to make sure the student, identified only as Jane Doe No. 1, didn’t get credit for the course.

The suit claims TCU discriminated against Jane Doe No. 1, “through a series of hateful and bigoted acts and adverse actions designed to dehumanize [her].”

By creating a hostile environment to learn in, subjecting Doe to harassment and discriminating against Doe on the basis of disability, she claims TCU violated Title IV of the Civil Rights Act of 1964, Title IX of the Education Amendments of 1972, Section 504 of the Rehabilitation Act of 1973 and Title III of the Americans with Disabilities Act of 1970.

TCU gave a brief comment: “As a practice, Texas Christian University does not comment on the specifics of pending litigation. Like many universities in the country, TCU has a complex history that we are taking an active approach to examining and understanding.”

Today TCU is focused on creating a respectful and inclusive community for all students. At this time, the university’s main priority is to address our student’s concerns, and we are investigating the matters outlined.”

An attorney for the student said it was difficult to believe that such treatment could occur “in modern times.”

“Upon investigation, including conversations with current and former students and others in the TCU community, we concluded this case demanded legal redress,” said Kevin B. Wiggins, a Dallas attorney with the firm of White and Wiggins. “Our examination of TCU’s history—based on its own records—reveals an institution with a sad and unrepentant history of racial discrimination punctuated by brief and abortive efforts to ameliorate its causes and effects.”

As a member of the Honors College, Doe had the opportunity to study abroad either in Europe, Japan or Washington, D.C. last summer. She did not want to go to Washington, but she was persuaded to go when the university offered to pay 48% of the program fee, according to the suit.

Doe was forced to sleep on the hotel couch because her roommates decided to take up all of the available space, but despite Doe’s best efforts to get the situation fixed, Snow said she was assigned to sleep on the couch, the suit said.

“TCU’s conduct left the African American students knowing that ‘their life at the university [and university-sanctioned programs] [was] generally worse than the life of an average white student,” according to court documents.

The suit said hotel staff feared she was being abused on the trip because she wasn’t allowed to use the bathroom in her hotel room and had to go to the hotel lobby, no matter the hour.

When she complained to Frederick Gooding, an Honors College professor and a facilitator for the Washington program, he insisted that the treatment was her own fault, according to court documents.

The suit said Gooding also didn’t act when Doe told him she had difficulty walking due to sores and blisters on her feet.

When the students were walking between programs, Snow even “aggressively shoved” Doe to the front of the group when she noticed Doe was starting to lag behind, the suit said.

The next day, when the group visited the National Museum of African American History and Culture, the suit accuses Snow of telling Doe to “experience the feeling of being crowded into a slave cargo ship” by taking the elevator. 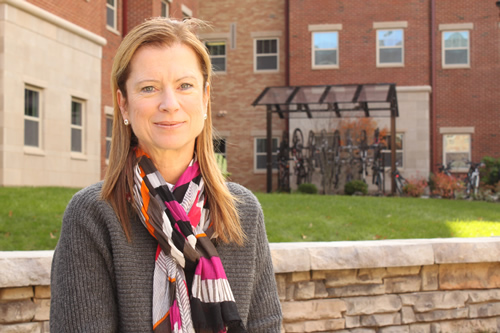 Diane Snow, dean of the Honors College, is accused of verbally and physically assaulting a student.

The same day, when Doe’s mother visited Washington to support her daughter, Snow is accused of “harassing” her by asking her how she could afford to be there, according to the suit.

“Dr. Snow welcomed and treated the other TCU (white) parents with excitement, warmth and respect,” the court documents say.

When Doe continued to struggle walking later in the trip, this time bleeding through her socks because of the sores and blisters, the suit said Snow insisted she go on a low-carb diet and mocked her physical appearance and weight.

The suit said Snow also told Doe, who was 19 at the time, looked like Gooding, who is in his 40s.

The pain and hostile treatment Doe was experiencing almost convinced her to leave the program, according to the suit, but Snow forced her to stay by threatening to make her repay the discount that was given to her to attend, revoke her credit for the course and kick Doe out of the Honors College and TCU.

The suit said Doe decided to take pictures of the sores on her feet and send them to the office of Campus Life at TCU; the photos were then sent to the health center. Doe was advised to seek immediate medical evaluation of her feet.

Her feet forced her to take rideshare options rather than walk in between activities, but court documents say Snow was disgusted with her for doing so, according to the suit.

According to court documents, another student on the trip witnessed Snow saying she “hates [Doe].”

A couple of weeks into the program, students began to notice bed bugs in their rooms. While some students were allowed to change rooms, the suit said Snow told Doe that she needed to stay in her room because “bugs live inside too” and to “stop talking about it.”

Doe’s mother booked a room for her daughter in a different hotel, but she received no assistance from TCU. Snow told her it was against TCU policy and forced her to return to the bug-infested suite, according to the suit.

Despite everything that was working against her, the suit said Doe was able to maintain good grades and excelled academically throughout the course.

Later that week was Doe’s 20th birthday, and her colleagues wanted to throw a party for her because Snow spared no expense when another student celebrated his birthday earlier in the trip. According to the suit, Doe’s classmates planned her dinner when there was nothing planned on the schedule, but when Snow learned about this, she scheduled a family dinner to honor Aaron Chimbel, a former professor of journalism at TCU, current professor at St. Bonaventure University and dean of the Jandoli School of Communication.

One student confronted Snow about this, but she responded that Doe’s birthday dinner was “not optimal” and “over budget,” the suit said.

Snow returned to the hotel that evening visibly intoxicated, according to court documents, and told Doe that “everything worked out the way it was supposed to,” regarding the birthday dinner. According to the suit, Doe contemplated suicide that evening. It was the first of three separate times she considered taking her own life.

The suit said around Aug. 3, 2019, Snow, Chimbel and Russell Mack, an instructor of strategic communication at TCU, conspired against Doe to make sure she wouldn’t receive credit for the course.

Snow accused Doe of plagiarizing assignments that she submitted to her, Chimbel and Mack, including her Honors College admissions essay, and questioned the value of her life again, according to the suit.

Snow, Chimbel and Mack gave her poor grades on class participation and interactions with tour guides, as well, despite the fact that Chimbel and Mack praised her academic accomplishments during the trip, according to court documents.

The experience in Washington changed Doe as she now struggles with mental and physical health deficiencies. The suit said she hurries off campus when she doesn’t have class and now lives in a hotel room.

TCU’s Counseling and Mental Health Center diagnosed Doe with academic issues, depression, anxiety and suicidal ideation or self-harm, according to the suit.

The suit claims she was also promised that there would be staff changes at TCU, but she still hasn’t seen any turnover.

The lawsuit also claims that TCU committed fraud by misrepresenting the university’s DEI campaign that was meant to foster an inclusive campus, that Snow, Gooding, Mack and Chimbel acted grossly negligent and that TCU negligently hired and trained its employees.

“This lawsuit has been filed to compensate this student for the injuries she has suffered and to encourage TCU to take seriously its responsibility to provide an academic environment in which minority students can thrive,” White and Wiggins, LLP said in a statement.