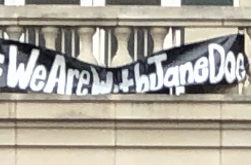 Some TCU students are demanding the dean of the John V. Roach Honors College be fired for her actions on an Honors College trip to Washington, D.C. last summer.

Organizers of the Coalition for University Justice and Equity (CUJE), which started last semester following the Atatiana Jefferson protest debrief, said they want TCU to live up to its commitment to diversity, equity and inclusion (DEI).

“It’s that moment that you say ‘If not me, then who? If not now, then when?’ and that’s what keeps us going,” said one of the organizers.

All of the members who were interviewed asked to remain anonymous, saying they wanted the movement to be more about their principles rather than be limited to specific individuals while also protecting their members. 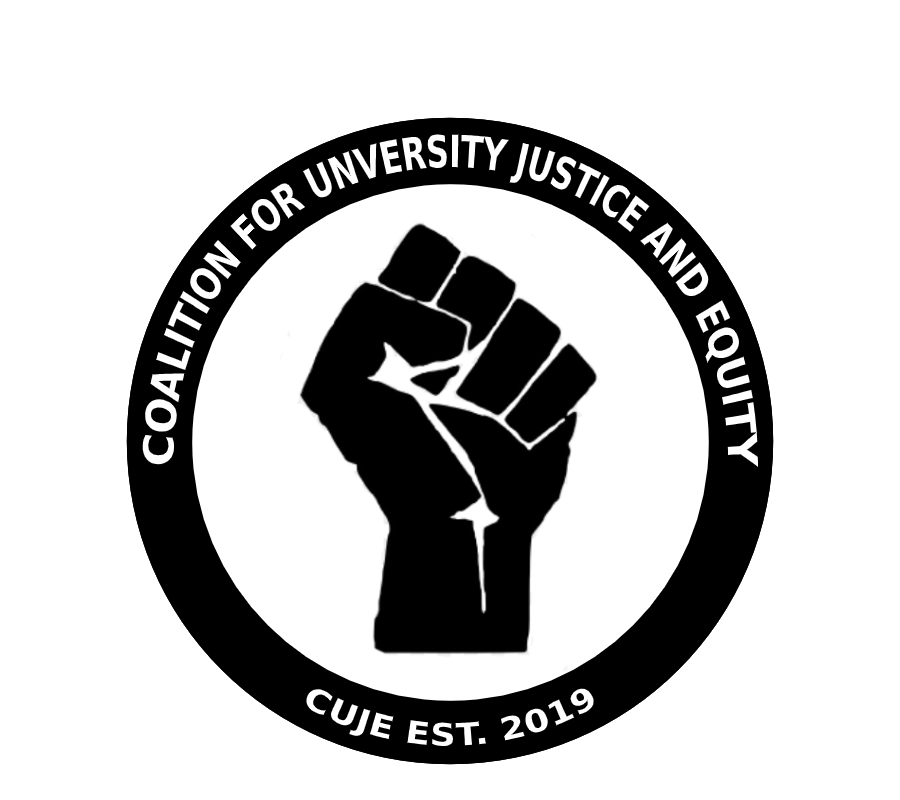 Last week the students released a list of demands that includes firing Diane Snow, the dean of the Honors College. Snow and other members of the honors faculty are named in a lawsuit that accuses them of physically and verbally abusing a student last summer during a month-long trip to Washington, D.C.

CUJE also demands that a multicultural center be built within the next three years. They want it to be named after Fred Rouse, a Fort Worth resident who was lynched in 1921, and acknowledgment of the TCU founders’ participating in the confederate army, among other things.

The demands were emailed to Chancellor Victor Boschini, who said he intends to meet with the students.

“Anything that’s a good idea in there, I’m willing to consider,” Boschini said. “I don’t want to make a judgement on any of them [the demands] until I talk to them [organizers] because some of them have a lot of nuances to them, and I want to know exactly the detail on how they want it.”

Organizers said they don’t want to have the equivalent of a listening session, referring to the campus-wide events held in response to the lawsuit that allowed students to discuss the campus climate.

“We didn’t put these forth as just ideas for them to listen to and clap about,” said one of the organizers.

Some of the CUJE leaders who were students in 2016 when a similar list of demands was released–which resulted in the creation of the comparative race and ethnic studies (CRES) department–said the 2016 protests inspired how they executed their list of demands.

They wanted the demands to be more representative of different cultures and include input from graduate students as well as faculty members, an organizer said. They also said they wanted to take more action because many of the 2016 demands were not met.

The demands were made specific because they don’t want their demands to be misinterpreted by the university, organizers said.

Organizers said their demands are realistic and have been implemented at some of TCU’s aspirant schools.

CUJE demands a public response from the university with a commitment to their demands by Feb. 12.

CUJE demands were made public via Twitter on Feb. 5, along with a petition of support, which has 584 signatures to date. 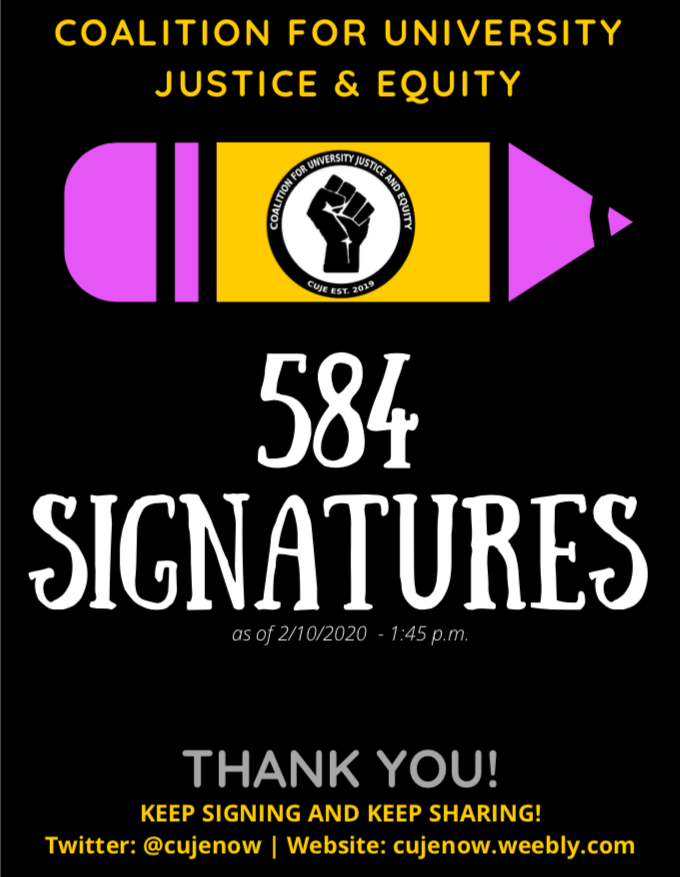 Another organizer said people at TCU don’t see minority students as valuable or as human beings. They also said TCU’s campus has a culture that supports racist ideologies.

“TCU is like a petri dish of discrimination and hatred,” one member of CUJE said. “It festers at this school in a way that I don’t really see it at other places.”

Organizers said they have received encouragement, statements of solidarity and love from faculty, staff and students on campus, but the university’s response hasn’t been significant.

Mason, who is also a CRES minor, also said she thinks the demands are exceptional and hopes the university meets them.

Organizers said they will continue to act until their demands are met because these systemic changes need to be made.