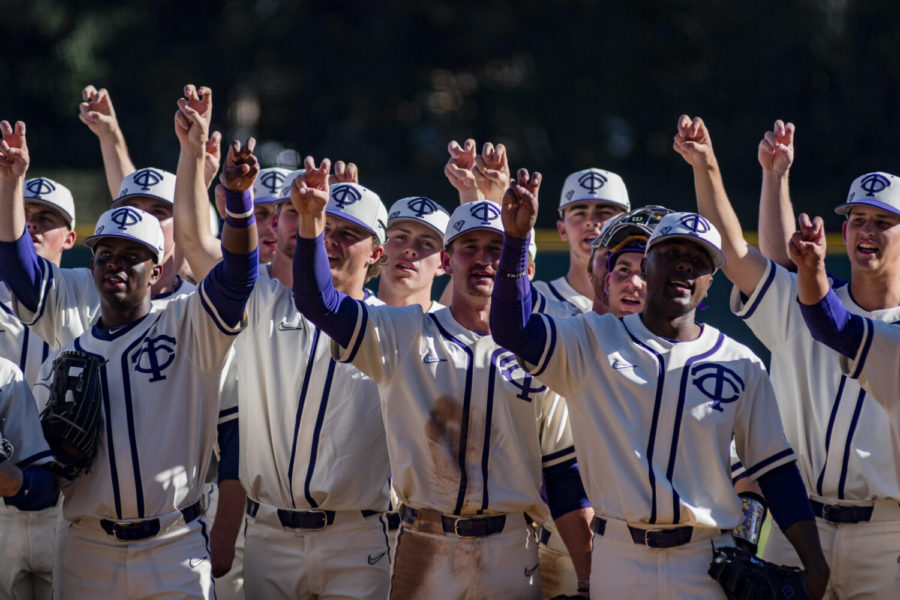 TCU baseball closed out their first series of the season with a 10-5 win over Kentucky and a series sweep over the Wildcats.

“I couldn’t ask for anything more,” head coach Jim Schlossnagle said. “We saw a lot of guys play their first Divison I game or had their first [Divison I] opportunity to pitch and I think they all did a great job.”

The bats came alive for the Horned Frogs with a five-run second inning that started with a single RBI by second baseman Gray Rodgers. Catcher Zach Humphreys crossed the plate for TCU’s second run with a bases-loaded walk and shortstop Tommy Sacco hit a three-run double to close out the inning.

After a scoreless third inning, the Frogs grew their lead to six runs in the fourth after Humphreys doubled and scored on an RBI from Phillip Skies. 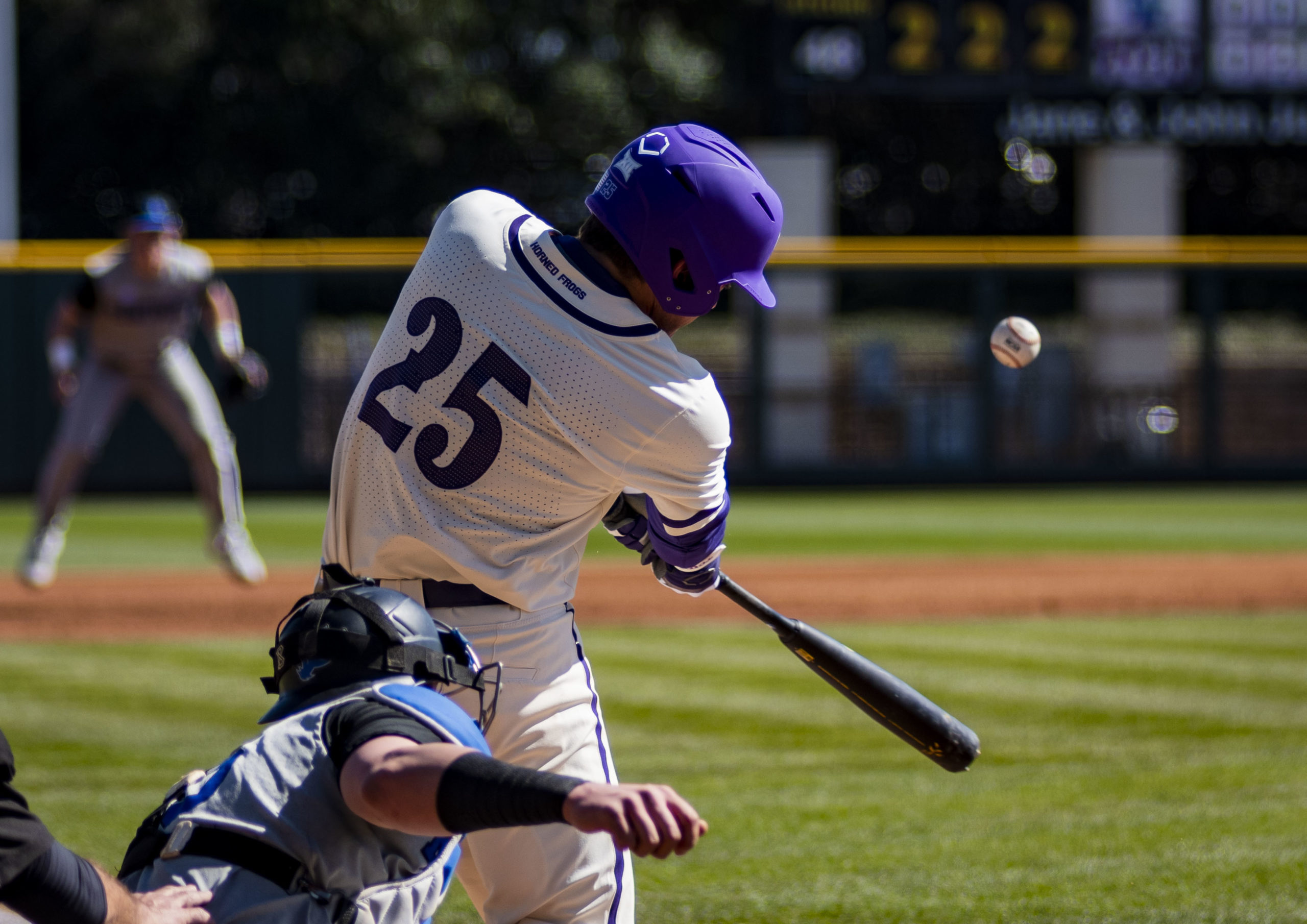 The Wildcats didn’t back down, scoring two runs in the fifth bringing the score within four.

The Horned Frogs answered back in the bottom of the fifth with their first home run of the season — courtesy of right fielder Gene Wood.

Rodgers hit his first home run of the season in the sixth inning to right field, pushing TCU’s lead to 8-2. 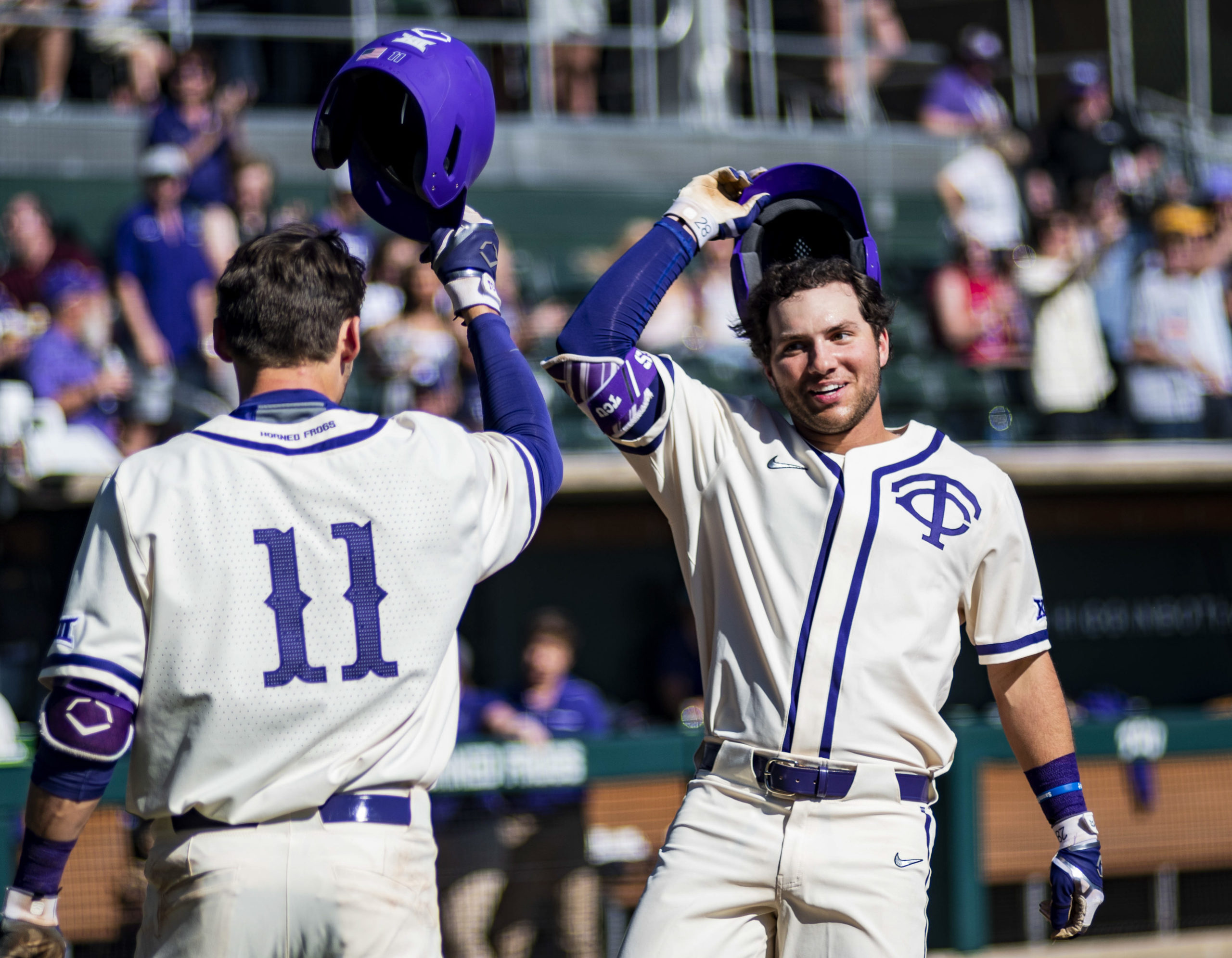 Wood struck again for his second home run of the game in the seventh to add another run onto TCU’s lead.

Wood said that the difference for him heading into Sunday’s game was that he focused on relaxing.

“I was trying to swing too hard the first two days,” Wood said. “After I got the bunt hit it helped me relax.”

At the top of the eighth inning, Kentucky chipped at TCU’s lead slightly with a two-out, two-run single to make it a 9-4 game, but TCU added an insurance run in the eighth on a sacrifice fly from Sacco. 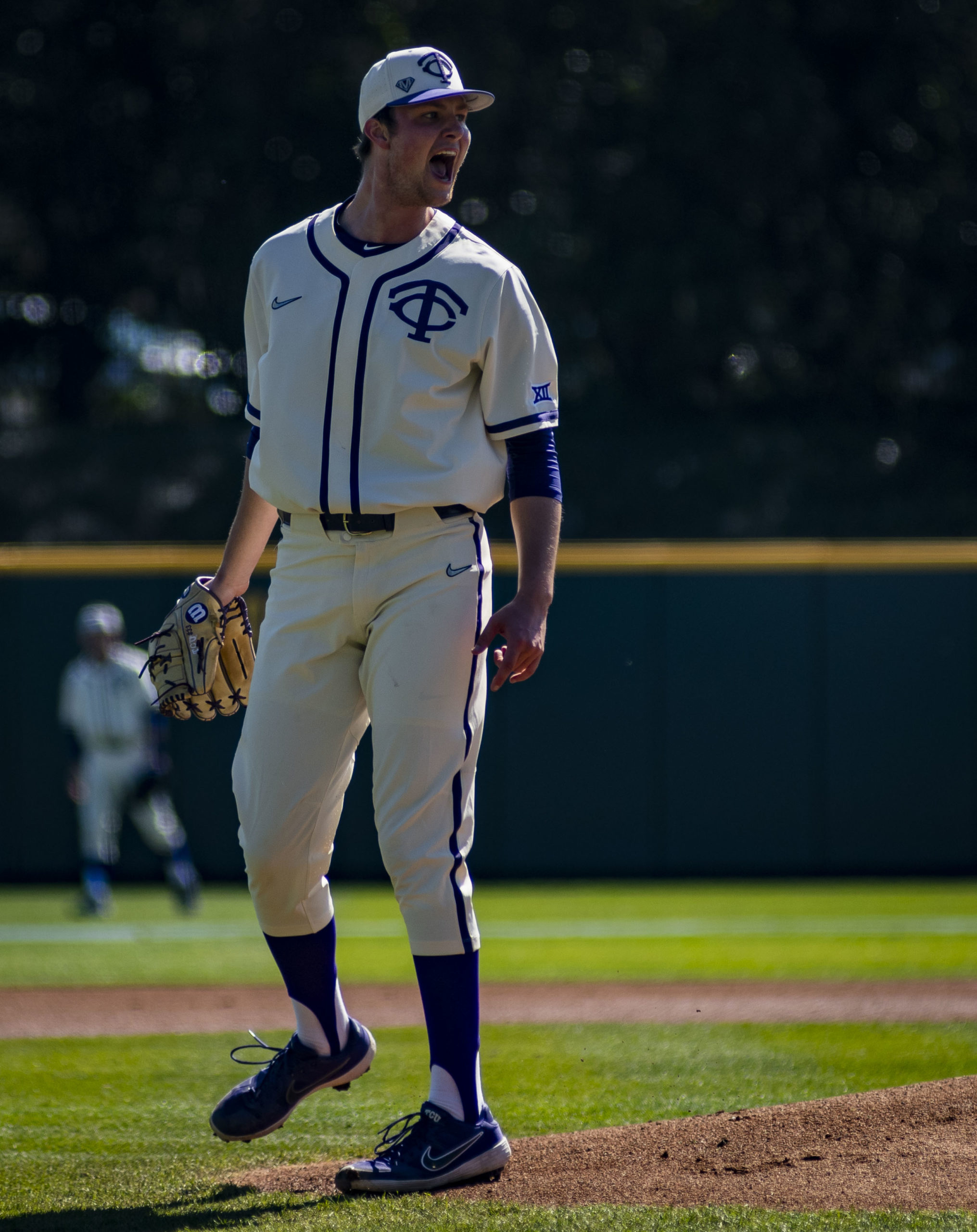 Russell Smith gets fired up after a strikeout. Photo by Jack Wallace

The game marked the first time in 631 days that redshirt sophomore Russell Smith was back pitching for the Frogs. Smith started the game strong as he retired the first 12 batters he faced. He allowed two runs, one earned, on two hits.

He missed last season due after undergoing Tommy John surgery in the fall of 2018.

Right-handed pitcher Drew Hill relieved Smith, throwing three innings for his first win as a Horned Frog. He struck out four and allowed a run on two hits.

Left-handed pitcher John Kodros came in during the eighth inning with a runner on and two outs. Kodros was able to record the final out of the inning.

In the final inning, right-handed pitcher Harrison Beethe finished out for the Frogs.

Coach Schlossnagle said that the pitchers they brought in did a great job attacking the strike zone.

The team will wrap up the four-game homestand on Tuesday night against Abilene Christian University. First pitch is set for 6:30 p.m. at Lupton Stadium.