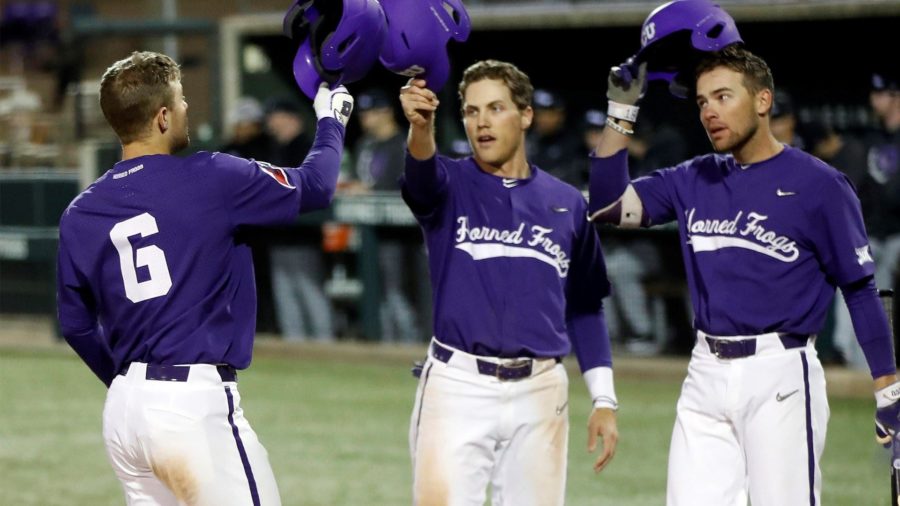 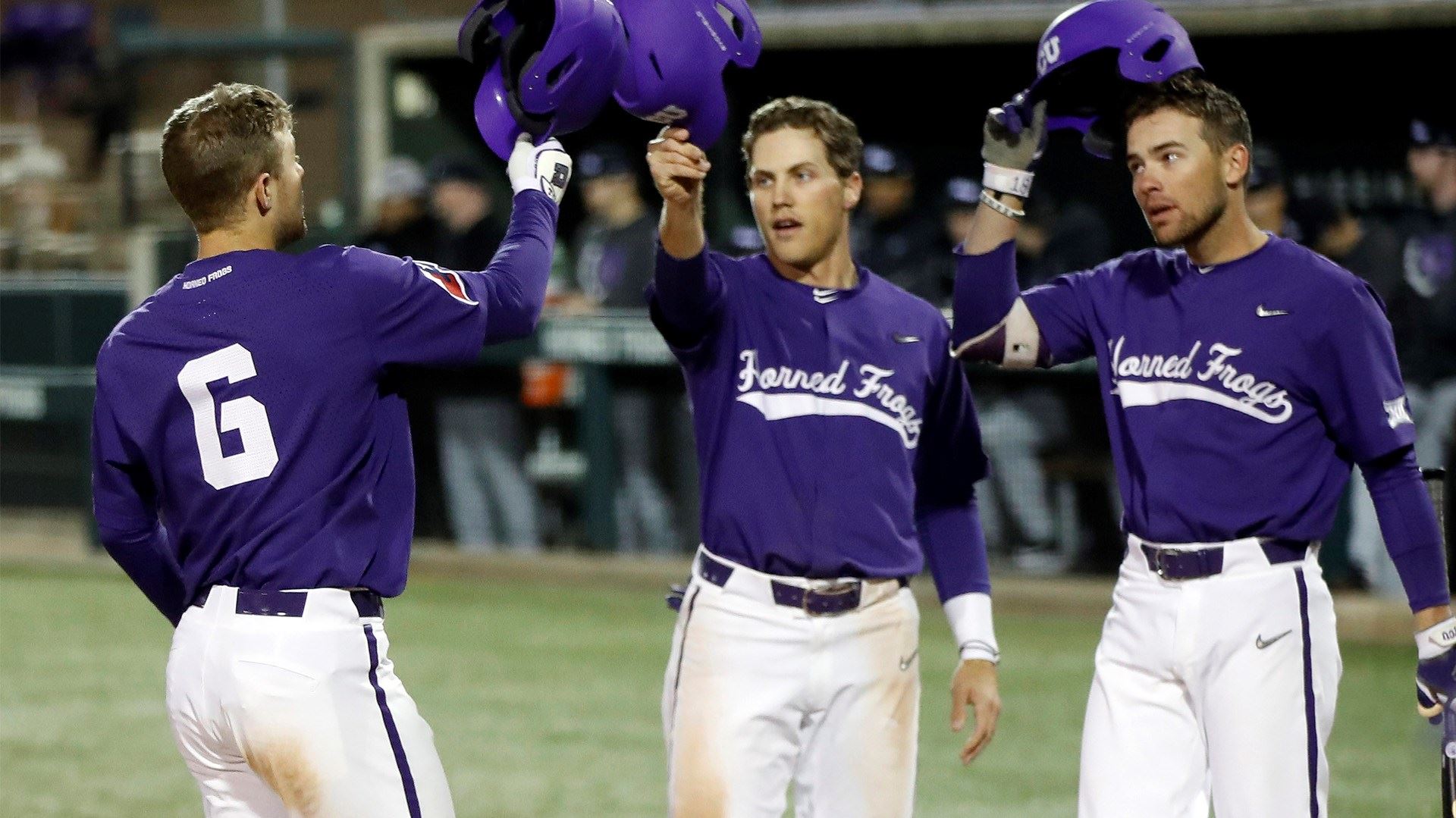 Crossing the plate was a common occurrence for TCU on Tuesday, as the Frogs scored in six of their eight offensive innings. Photo courtesy of GoFrogs.com.

TCU baseball kept their hot offensive start to the season going Tuesday night over Abilene Christian with a 14-4 victory.

The win keeps the Frogs at a perfect 4-0 on the season.

Success in the batter’s box has been key to TCU’s strong start this season. The Frogs scored runs in six out of their eight offensive innings against the Wildcats.

“We felt like we had a team that had a chance to play really good offense,” head coach Jim Schlossnagle said. “Our offense is built on the ability to get on base and then play sound fundamental team offensive baseball throughout the day.”

Porter Brown, Gene Wood, Hunter Wolfe and Gray Rodgers each hit a home run in the contest, combining for 10 RBIs.

Brown and Wolfe both knocked out their first home runs of the season.

Brown hit a three-run homer in the bottom of the third inning, giving the Frogs an early 9-0 lead. After the Wildcats scored four runs in the fifth and sixth innings combined, Wolfe secured the Frogs’ victory with a two-run home run of his own.

Wood’s offense has been leading the Frogs though each of their first four games. He leads the team with three home runs on the year.

“I focused on having a simple approach and hitting the ball up the middle,” Wood said.

For the rest of the season, Wood said he plans to focus on maintaining that strategy while at-bat. He hopes that this will help him continue to produce offensively.

“I just want to stick to my game plan of not trying to do too much,” Wood said. “It’s important for me to do as well as I can and have an impact on the team.”

Pitcher Riley Cornelio made his first collegiate start on the mound for the Frogs. The first-year from Monument, Colorado, tossed three perfect innings to give TCU momentum and pick up the win.

“For this team to be able to open at home and play well against two quality opponents is something they can take confidence from for the season,” Schlossnagle said.

The Frogs travel to Minnesota to face the Golden Gophers for their first road trip of the season. The first pitch of the three-game series will be Saturday at 6:30 p.m.