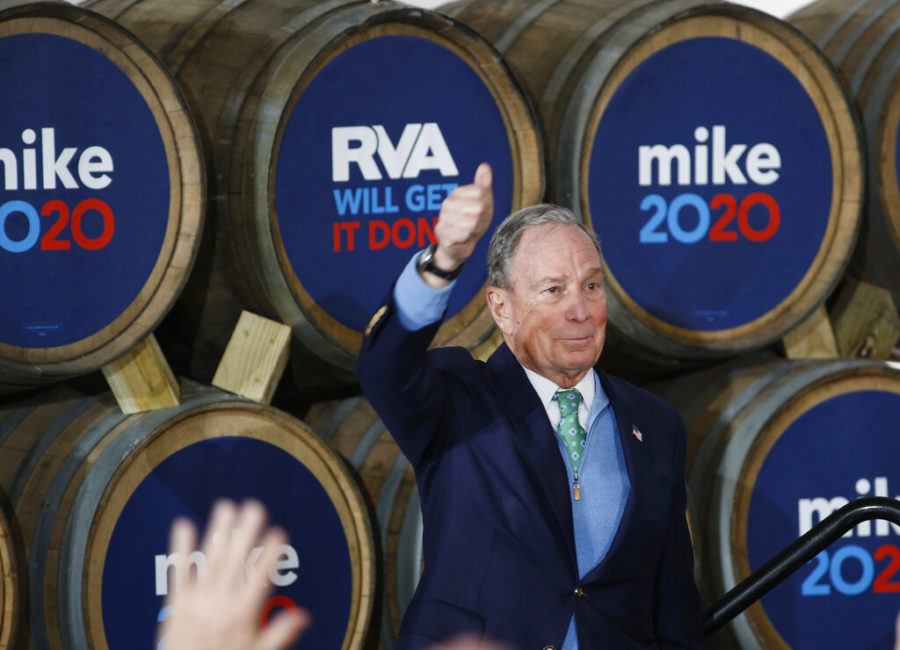 Former New York City Mayor Mike Bloomberg received 19% of support in a poll released by NPR/PBS, enough to allow him to join the debate stage tomorrow night in Las Vegas, according to NBC.

Last month the Democratic National Committee announced they would no longer be using the grassroots donor threshold that had been used for the first eight debates, according to NBC.

The former owner of the San Francisco 49ers was issued a pardon by the president Tuesday, 22 years after he was convicted in a gambling fraud scandal, according to ABC. 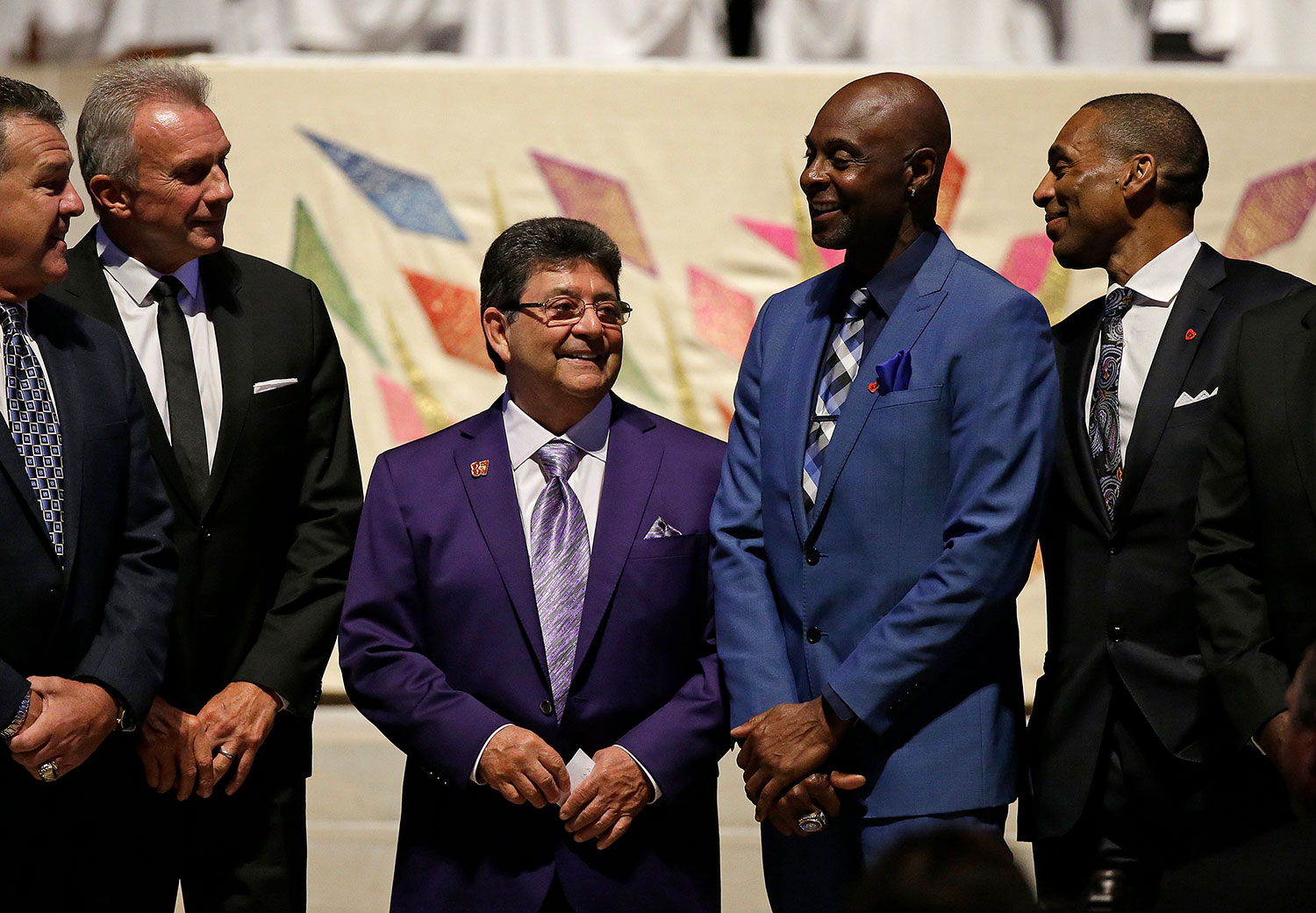 From left, Joe Montana, Edward J. DeBartolo Jr., Jerry Rice and Roger Craig stand together during a memorial service at Grace Cathedral for San Francisco 49ers great Dwight Clark, Wednesday, Aug. 1, 2018, in San Francisco. Clark, who died of ALS on June 4, is known for making “The Catch” that sent the 49ers to the NFL Football Super Bowl XVI in 1982. (AP Photo/Eric Risberg)

Edward DeBartolo Jr. pleaded guilty to failing to report a felony in 1998 after paying former Louisiana Gov. Edwin Edwards $400,000 in exchange for a gambling license. (Further Reading: Is Sports Betting Legal in Florida?)

The Boy Scouts of America filed for bankruptcy late Monday amid hundreds of sexual abuse lawsuits and plummeting membership numbers, according to CNN.

The lawsuits the youth organization is facing have been suspended due to the bankruptcy filing.

Last April, court testimony showed over 7,800 of the organization’s former leaders were involved in sexually abusing over 12,000 children.

Cartels are hiring children as young as 12 years old to smuggle drugs and weapons across the U.S.-Mexico border in Arizona, according to Fox News.

There were 57 children arrested on narcotics-related charges in the 2019 fiscal year and there have already been 17 in 2020, according to the U.S. Customs and Border Protection.

“These teenagers are either smuggling in vehicles, they’re smuggling on their body and in their body so it’s very dangerous,” said Tucson Sector Border Patrol agent Alan Regalado.

Regalado has started the “T.E.A.M. Kids Program,” meaning “Together Educating and Mentoring Kids,” in an effort to educate local students about border recruiters, according to Fox News. 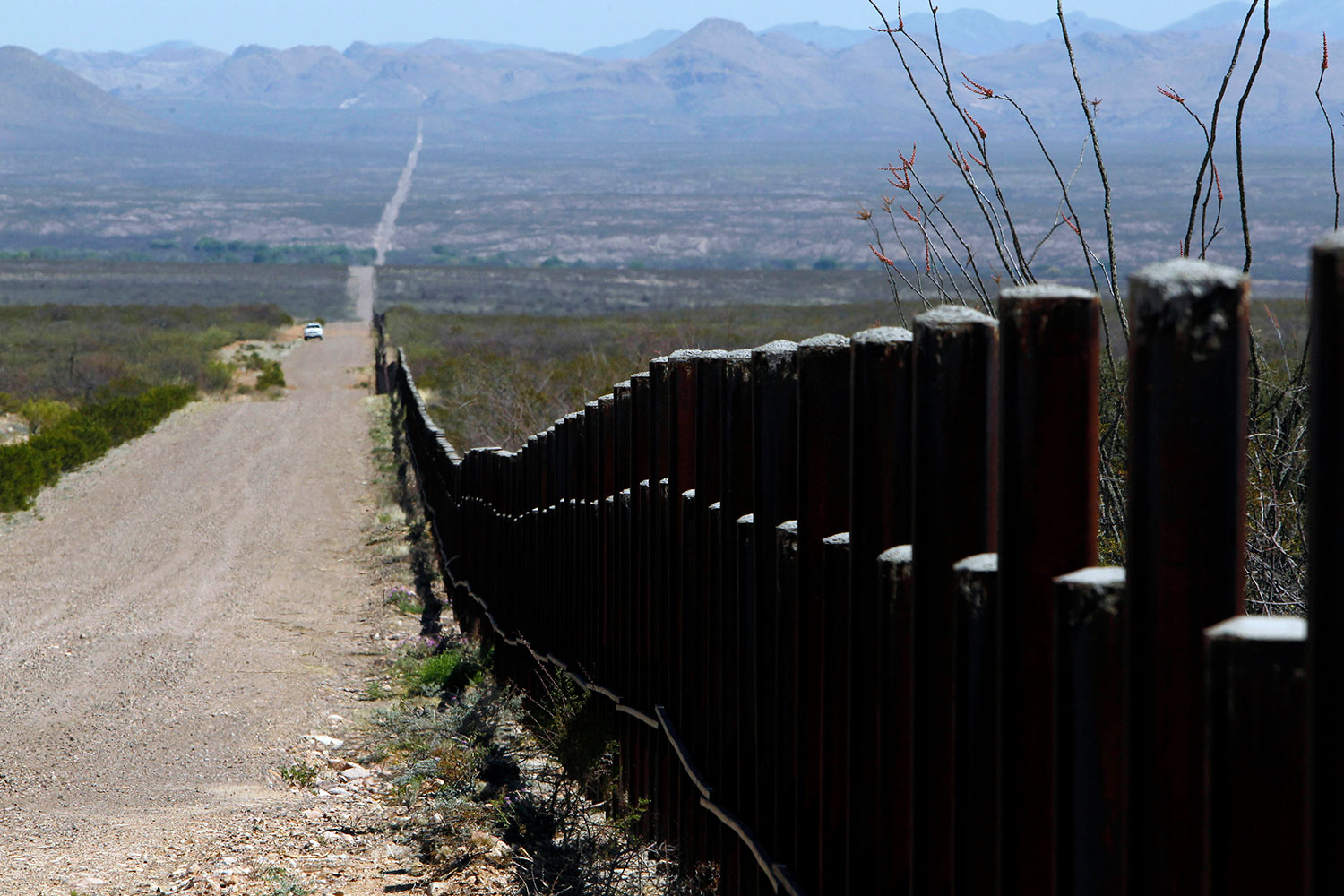 In this March 18, 2016, file photo, a U.S. Customs and Border Patrol truck patrols the U.S. border with Mexico in Douglas, Ariz. An unusual string of violence south of Arizona’s border with Mexico has sparked travel warnings by American authorities and is forcing U.S. citizens who say they won’t stop crossing into Mexico to at least consider how to travel more safely. (AP Photo/Ricardo Arduengo, File)