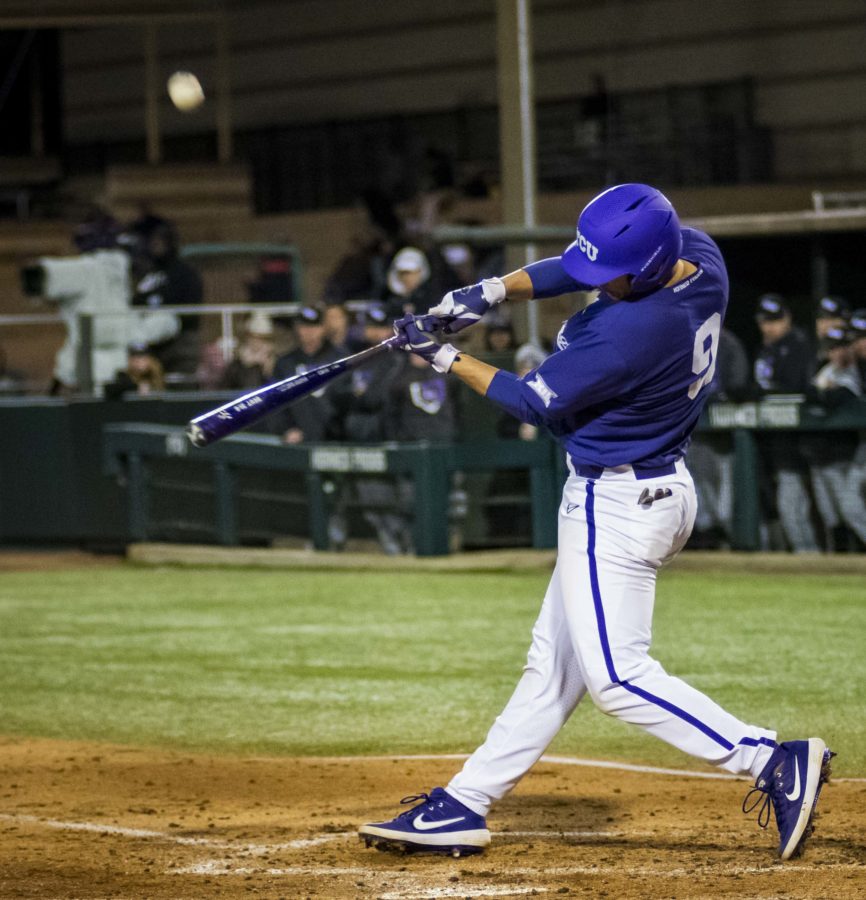 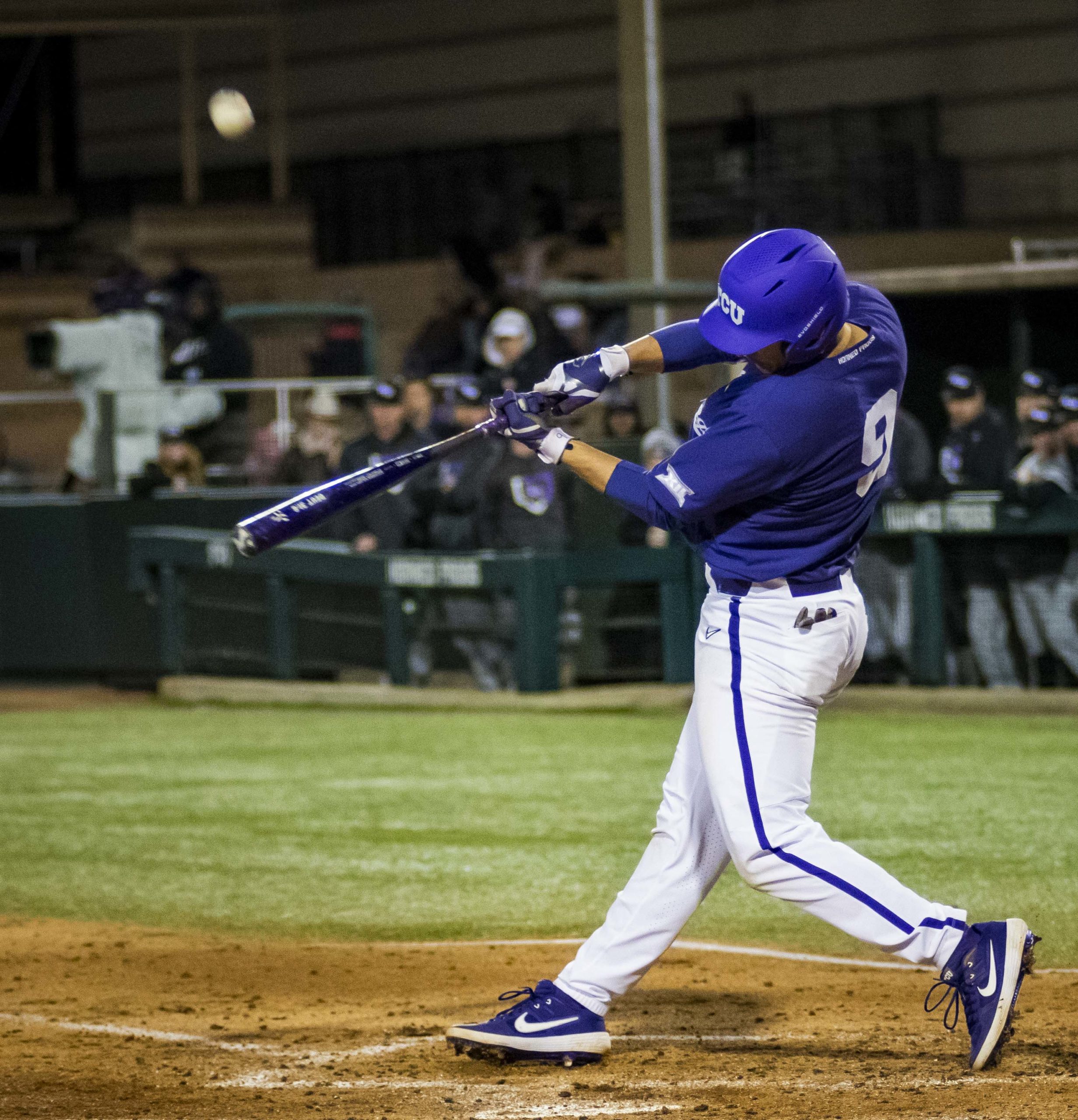 TCU outscored Minnesota 29-9 over the weekend. Photo by Jack Wallace

Following TCU baseball’s first loss of the season Sunday, the team battled back to clinch the series against the Minnesota Golden Gophers on Monday.

The three-game series was played at U.S. Bank Stadium, the home of the Minnesota Vikings.

The Frogs took the lead in the series early with a dominant 12-0 win on Saturday night.

The team was led Saturday by Johnny Ray, a redshirt sophomore transfer from John A. Logan community college, who pitched a complete-game shutout.

Ray gave up just two hits and a walk in the contest, retiring 21 straight batters at one point. In total, Ray retired 25 of 29 batters.

The furthest a Minnesota base runner reached was second base and Ray never faced more than four batters in an inning.

“Their pitcher did an outstanding job of mixing three pitches and pitching down in the zone,” Minnesota head coach John Anderson said in a press release.

TCU’s offense was also on fire Saturday, putting up 12 hits and earning 12 runs.

The Frogs got off to an early 2-0 lead in the first inning after Austin Henry’s two-run homer, his first of the season. Connor Shepherd and Tommy Sacco would later join Henry with one home run each.

Shepherd reached base four times. Along with his home run, he had two base hits and was hit by a pitch.

TCU couldn’t ride their momentum from the night before on Sunday as they fell to Minnesota 7-6, their first loss of the season.

Minnesota hit its first two home runs of the season Sunday, both off of senior pitcher Charles King.

King struggled on the afternoon, giving up all seven earned runs on nine hits while producing just four strikeouts.

The Frogs put the loss in the rear-view mirror and battled back to win the series Monday with an 11-2 win.

Monday was the fourth time this season TCU has scored double-digit runs and put together double-digit hits (10).

Wolfe has reached base in the last six games.

The Frogs head home to Lupton Stadium on Wednesday to take on Stephen F. Austin. First pitch is at 6:30.