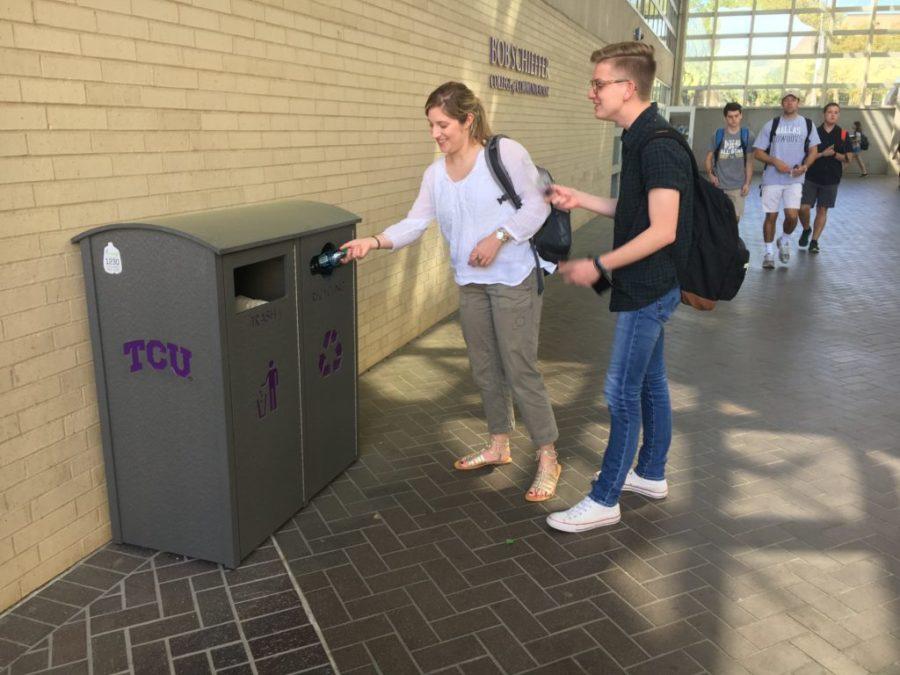 Many students might not know about sustainability initiatives on campus, and one professor is hoping to change that.

For example, TCU is certified as a Tree Campus USA, uses high-efficiency chillers and LED lighting and Sodexo gives unused food to people in need through their partnership with the Food Recovery program.

The sustainability committee partnered with ROXO, the on-campus advertisement and public relations agency run by strategic communication students, to create a website that discusses what students and departments can do to practice sustainability. 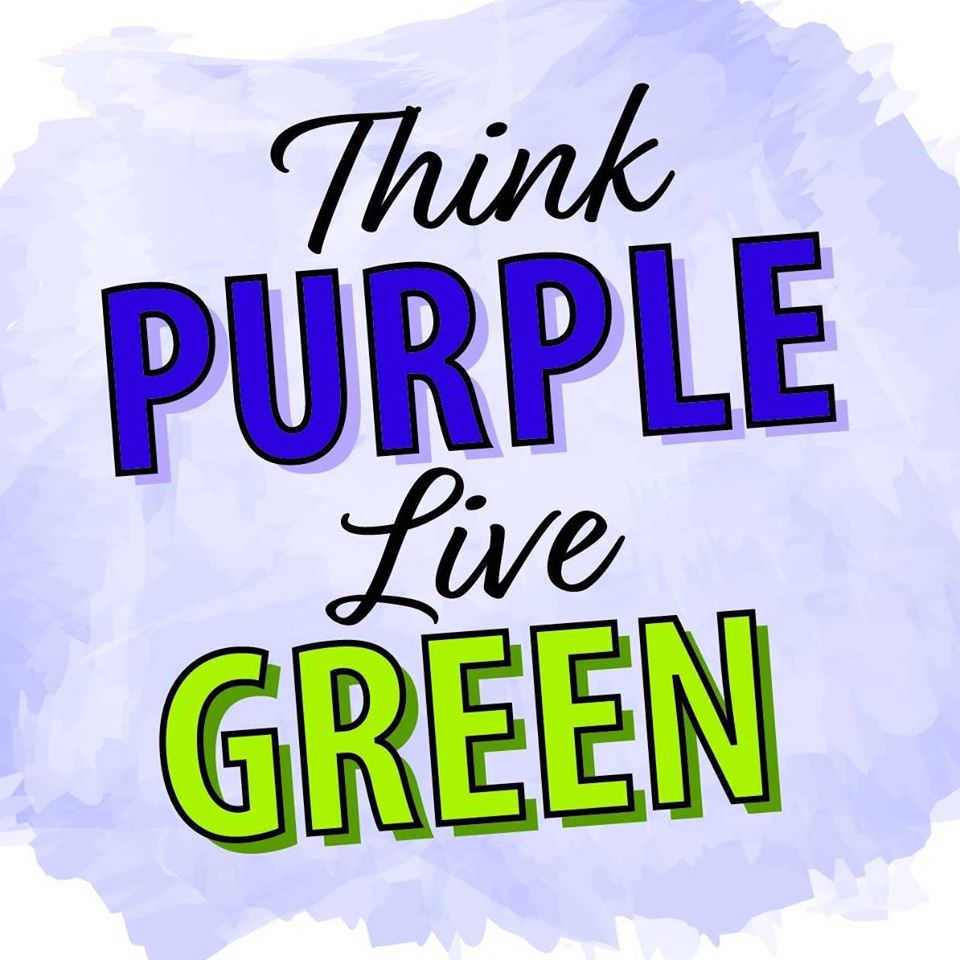 “I think for me there’s been a recurring theme for as long as I’ve been here with new incoming students and when they start to get involved on campus they immediately go, ‘Where’s our recycling? Why isn’t it visible? Why isn’t the campus doing more?’” said Becky Johnson, the committee’s chair. “And that was one of the reasons behind the website is to make sure we have that info readily available.”

Now that the site is up and running, one of the committee’s priorities this semester is continuing to promote sustainable actions through social media. While there is still work to be done to make TCU greener, one of the biggest challenges is spreading the word on what has already been accomplished.

Johnson said Andrea Stafford, the marketing coordinator in the College of Science and Engineering along with her interns volunteered to post about content created by the committee.

Many of TCU’s sustainability efforts take place behind the scenes, said Chris Honkomp, the assistant vice chancellor for Facilities and a staff representative on the committee.

Honkomp volunteered for the committee four years ago when it was still an ad-hoc committee.

“Sustainability is an integral part of our day-to-day business,” Holkomp said.

Honkomp, along with other Facilities administrators, oversees building construction and maintenance. Nearly half of the buildings on campus are LED-certified or held to rigorous environmental standards that reduce energy consumption, water use and construction waste.

Many of these initiatives also save TCU money. Honkomp said new lighting and solar installations at the TCU campus store alone save $20,000 annually in energy costs, with other buildings receiving similar renovations.

Honkomp said the involvement of Facilities on the committee gives his team insight into what is important to students and faculty, while also providing an opportunity to talk about many of the environmental programs and standards Facilities is already following.

Sustainability doesn’t just take place on a structural level, though. TCU students can also make a difference with everyday choices.

Nicole Gorretta, student government’s (SGA) director of sustainability for three years in a row, grew an interest for sustainability from growing up in Portland, Oregon.

“I know Portland was a little bit more on the eco-friendly side,” Gorretta said, “but the things I thought were standard nationally weren’t standard.”

Gorretta said that coming to Fort Worth was “a complete culture shock” because recycling comes every week and trash comes biweekly in some Portland neighborhoods. Composting is universally carried out, and plastic grocery bags are not available for purchase.

Gorretta’s first action as SGA’s sustainability director was to eliminate styrofoam, and since then has also worked on improving office recycling, creating an annual Earth Day fair and educating her fellow students.

“When I encounter a student that doesn’t know something, I take it as an opportunity to teach them,” Gorretta said.

Gorretta has also helped draft a piece of legislation referred to as the “One-Five-Ten Year Plan,” which outlines TCU’s goals for sustainability for the next decade. The 2019-20 school year is year one.

One of the goals proposed in the legislation is to have one recycling bin for every trash can on campus within the next five years.

Gorretta, a senior movement science major, is not the only committee member with interests outside of the College of Science and Engineering.

The diversity of students and faculty involved with the committee is one of its greatest strengths, Johnson said.

“We have a lot of people from around campus and we also have people from Facilities, so we’re actually having those dialogues between the administration of the university and the faculty who want to see things improve,” she said.

Rick Adickes, the hazardous waste manager at TCU and a member of the sustainability committee, has partnered with the committee on an initiative to begin rolling out battery-operated recycling containers across campus.

The program is still in the beginning stages, but once implemented it will prevent batteries from entering landfills and allow for reusable resources to be extracted, Adickes said.

Adickes first became invested in the idea after speaking to a hazardous waste industry colleague at the University of Texas at Dallas.

Moving forward, the committee plans to create further engagement on campus with students and faculty.

Molding TCU into a leader in the academic world of sustainability will not be easy, Adickes said, but it’s possible with commitment and better communication across campus.

“I encourage people to speak up and voice opinions, ideas, and concerns,” Adickes said. “Half the problem is not knowing… From there we can talk about it and try to find a solution.”

The committee also hopes to coordinate with the TCU Faculty Senate to get a sustainability statement into the faculty and staff handbook.

Johnson said she is hopeful for the movement’s future.

One positive sign came when the dean’s office in the College of Science and Engineering invited the committee to set up a better recycling and trash system in their offices and work on reducing plastic and recycle waste at events.

“I think we’re really starting to gain some momentum and get the right kinds of people involved at different levels and from different places on campus,” Johnson said.

Students are encouraged to join in the committee’s efforts toward sustainability. 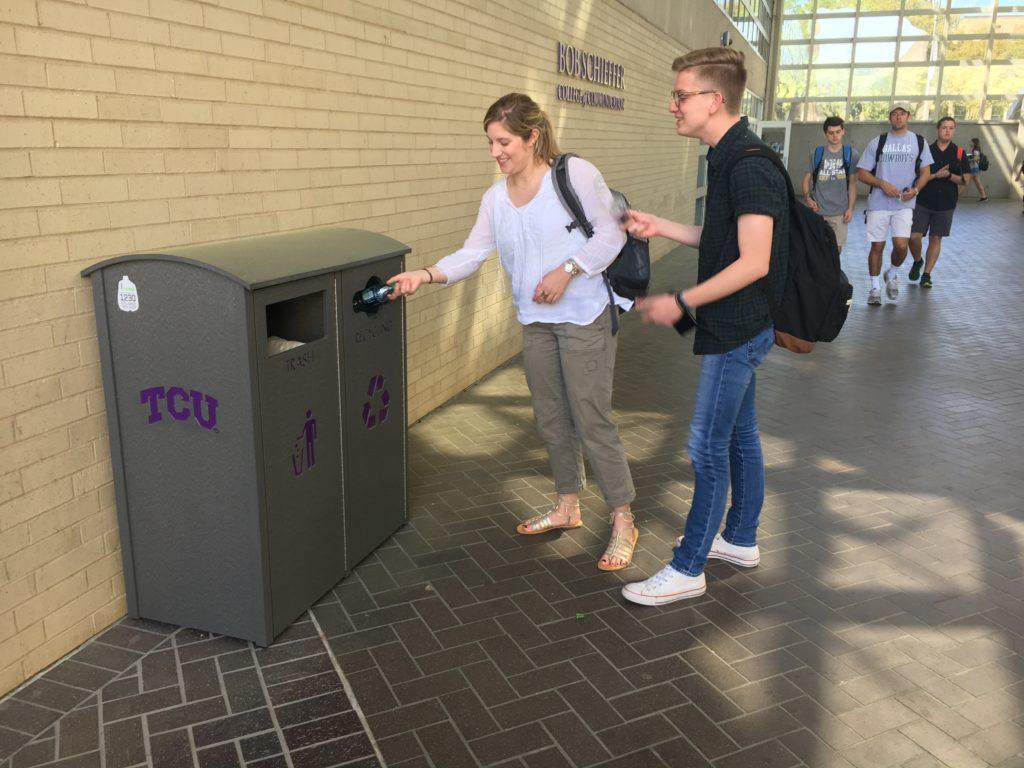 For more information, visit the What Students Can Do page on the sustainability website or reach out to one of the professors on the committee about attending meetings.

“My philosophy is the more the merrier,” Johnson said. “You don’t have to be an official committee member to come and participate with us.”

TCU will also be commemorating the 50th anniversary of Earth Day from April 16-20.

Working on reducing your individual impact, whether eliminating food waste or learning more about the proper way to recycle, also makes a major impact.

“There is only so far you can go with sustainable technology,” Honkomp said. “It starts with you.”