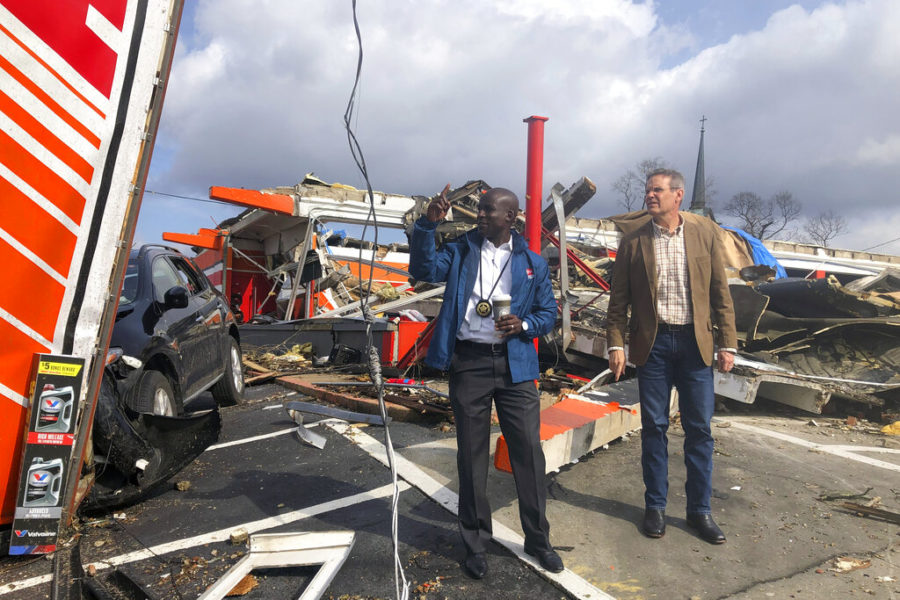 Twenty-five people in central Tennessee were killed in severe storms and at least one tornado late Monday night, according to CNN.

Forty-eight buildings collapsed and 150 people were taken to hospitals because of the storm, Nashville Mayor John Cooper, said.

Some schools and roads around the Nashville area have closed for the time being.

Presidential primary voting was delayed one hour in Davidson County, where Nashville is, and Wilson County because of the storms, officials said.

Polling stations stayed open an extra hour to compensate for the delay.

President Trump’s phone call with the Taliban’s top political leader Tuesday marked the first direct verbal communication between a U.S. president and the Afghan insurgent force since the United States declared war in Afghanistan, according to the Washington Post.

“I spoke to the leader of the Taliban today. We had a good conversation. We’ve agreed there’s no violence, we don’t want violence; we’ll see what happens,” Trump told reporters at the White House.

The United States and the Taliban agreed on an accord Saturday that will reduce the number of U.S. forces in Afghanistan.

Trump said that he intends to meet “personally with Taliban leaders in the not-too-distant future.”

The “Islamic Emirate of Afghanistan is an organized political and military force, and is committed to have cordial bilateral relations with you and the international community,” said Mullah Abdul Ghani Baradar, the Taliban’s senior leader.

Three top U.S. officials surveyed Turkey’s northern border with Syria Tuesday in an attempt to show U.S. support behind Turkey in its fight against the Syrian government, according to The Washington Post.

Rising tensions between Turkish rebel groups and the Syrian army in the northwestern province of Idlib, including an airstrike that killed 36 Turkish soldiers Thursday, inspired the trip.

“This is already the biggest humanitarian crisis, and it’s being deliberately weaponized against Turkey, to push Turkey out of the war and ensure a military victory for Syria,” said the U.S. envoy to Syria, James F. Jeffery.

The Trump administration limited the number of Chinese citizens who may work for five state-controlled Chinese news organizations in the United States to 100, according to The New York Times.

“Our goal is reciprocity,” Secretary of State Mike Pompeo said. “As we have done in other areas of the U.S.-China relationship, we seek to establish a long-overdue level playing field. It is our hope that this action will spur Beijing to adopt a more fair and reciprocal approach to U.S. and other foreign press in China.”

While the State Department said they don’t want to expel Chinese journalists from the United States, the new limits could force some Chinese citizens out of employees in the specified organizations are laid off.

Currently, about 160 Chinese citizens work in the United States for those news outlets, meaning that 60 must either leave or renew their visas.