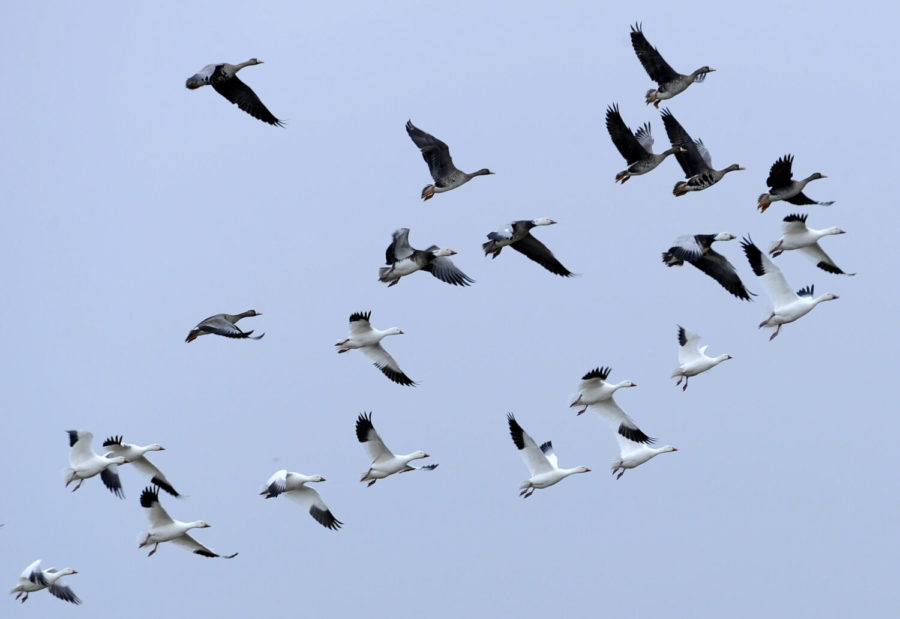 In this Wednesday, Feb. 15, 2012, file photo, migratory birds fly over Mad Island, Texas. Energy companies blamed for the deaths of migratory birds may be harder to prosecute under a century-old law that a federal court in September 2015 ruled applies only to intentional killings. (AP Photo/Pat Sullivan, File)

This fall, the Lights Out Texas conservation movement is urging Texas residents to turn out their lights at night to help prevent the deaths of migratory birds.

The campaign is asking residents to turn off their lights from 11 p.m.-6 a.m. through Oct. 29 as part of a nationwide effort to dim the night skies as thousands of birds migrate south to their wintering grounds in Central and South America.

When city lights brighten the sky, the pollution not only causes fatal collisions, but can shift birds off course by attracting them into urban areas and obscuring the stars they use to navigate.

“Light emanating from a building really throws them off. It attracts them, it disorients them and a lot of times they’ll come down from a high elevation attracted to light and then smash right into the building or the window,” said Ben Jones, the executive director of Texas Conservation Alliance, one of the organizations supporting the movement.

Light pollution is one of the largest threats to North American birds following habitat loss and feral cats, said Jones. Bird populations in the U.S. and Canada have plummeted by 30% in the past 50 years, according to a study published in Science. 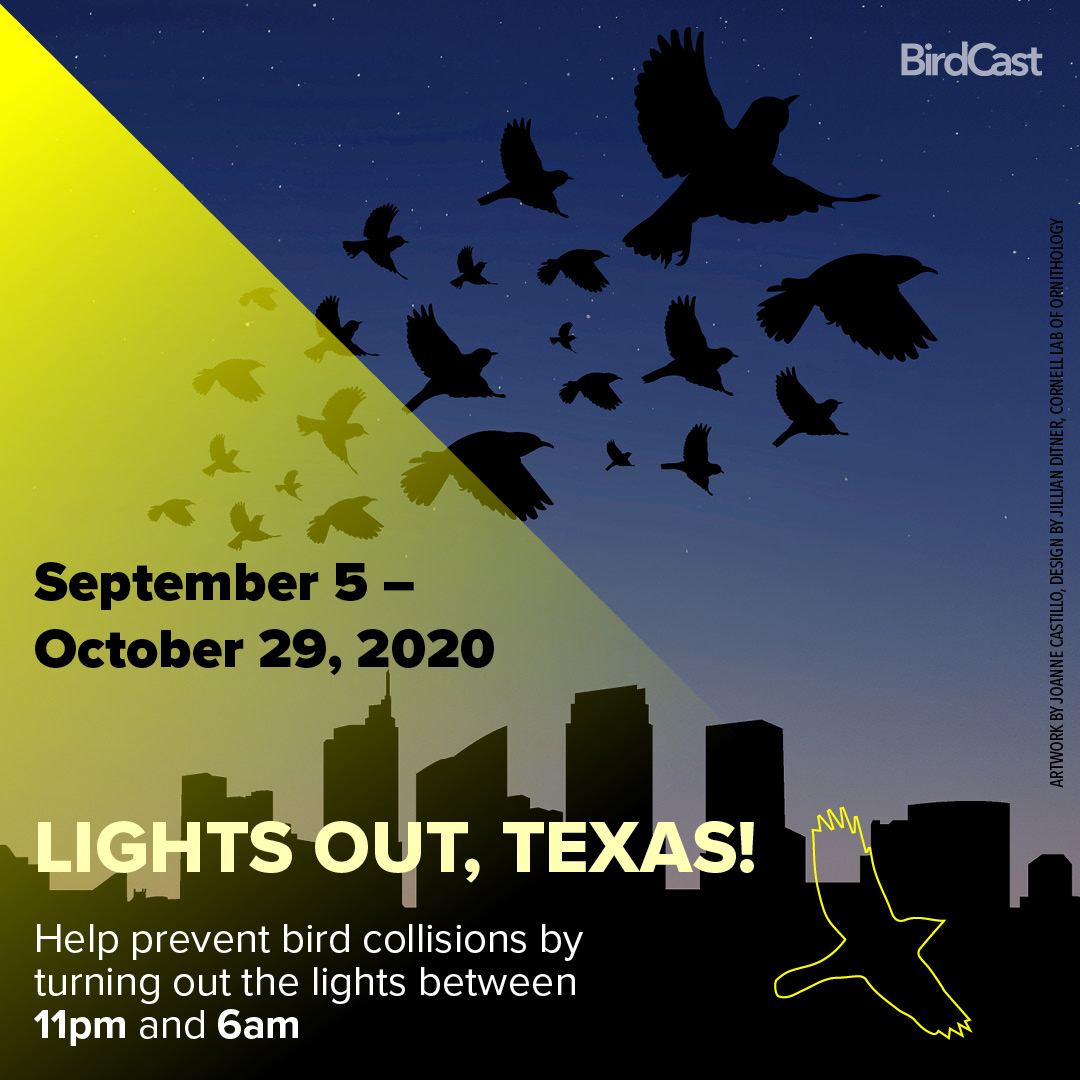 In response, chapters of the Lights Out campaign are forming across the U.S., with a focus on the central part of the country where bird migration and light pollution are heaviest.

Each year, up to a billion birds pass through Texas during the fall and spring migrations, according to a study in Nature. Dallas and Houston are part of the Central Flyway, one of the four major superhighways migratory birds use on their journey south.

“Texas is critical for all the bird species in North America,” said Jones.

98.5% of all migratory birds have been recorded in Texas. More than 70% of birds nationwide are migratory – and 80% of the migrants travel at night, according to the National Audubon Society.

Dr. Kyle Horton, the director of the AeroEco Lab at Colorado State University, found Dallas placed third in the nation for the impact of light pollution on migrating birds. Fort Worth was not surveyed. 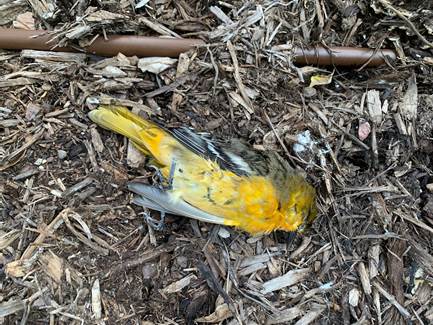 Morning surveys in Dallas found this Baltimore oriole after a fatal building collision. Jones said the surveys typically find 7-8 birds, which is believed to be an underestimate as predators and building maintenance remove the birds or they fall onto awnings or into shrubbery. (Photo courtesy of Ben Jones)

“I think about the air space as a habitat for migratory birds that they utilize twice a year,” Horton said.

Horton and Jones said turning off lights serves as a form of habitat restoration for migratory birds in addition to preventing collisions.

“That’s what Lights Out is all about: a simple action. Flipping a switch, pulling blinds, drawing curtains, anything like that, just limiting light that’s emanating from buildings during this fall and spring migration,” said Jones.

Students on and off campus can participate in Lights Out Texas by turning off lights in their residences until the end of migration.