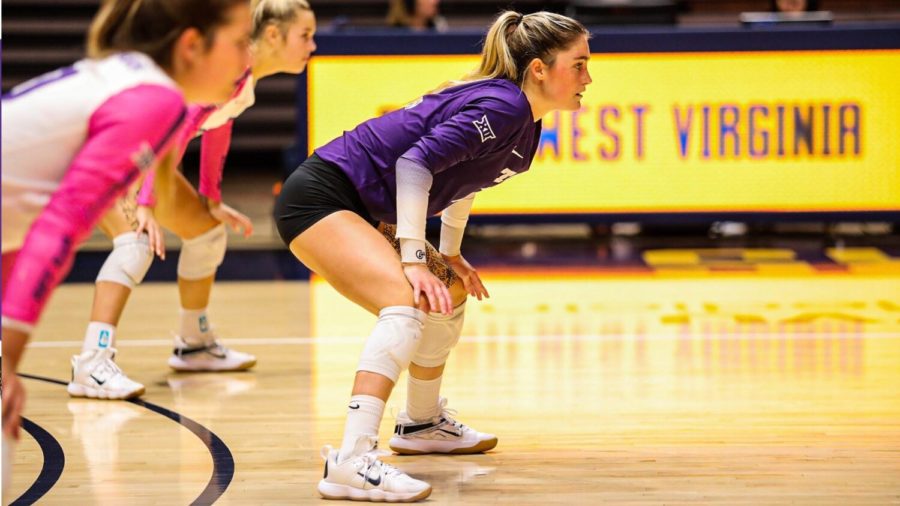 TCU lost twice to West Virginia in their third series match of the Big 12 season. (Photo courtesy of GoFrogs.com)

TCU continued their volleyball season this weekend with back-to-back losses on the road against West Virginia University.

Though the Frogs outkilled the Mountaineers 128-103 over the course of the weekend, they were unable to finish matches strong, falling to 1-5 on the season.

TCU started sloppy in the first set of Thursday’s match. West Virginia’s early 10-2 lead gave them enough momentum to cruise to a 25-18 victory.

Outstanding defensive performances by middle blocker Sarah Swanson and outside hitter Audrey Nalls helped the Frogs get back into the contest, though. The duo recorded three blocks each, helping TCU tie the match score at one set apiece with a 25-18 win of their own.

Similar defensive performances were also seen in the third set, which TCU claimed by the same score to take a match lead.

“Our team battled back from a very slow start to the match,” head coach Jill Kramer said. “I saw a lot of good things from our squad tonight. We’ve made some big improvements on the blocking and defensive side of the ball.”

The Frogs’ improvement was not enough, though, as they went on to drop the last two sets of the game.

Nevertheless, a late 4-0 run by West Virginia gave the team the push they needed to win the set 25-22.

The last set was intense as well. The Mountaineers held strong, though, using an early lead to stay ahead of the Frogs and win the set 15-11 to take Thursday’s game.

Adams added five more kills in the final set to push her total to 21 on the night.

Despite the loss, TCU set their season-highs in digs (71) and blocks (10) as a team. Defensive specialist Ashley Wehrstein also set a career-high with 12 digs, while middle blocker MyKayla Myers tallied a career-high six blocks. 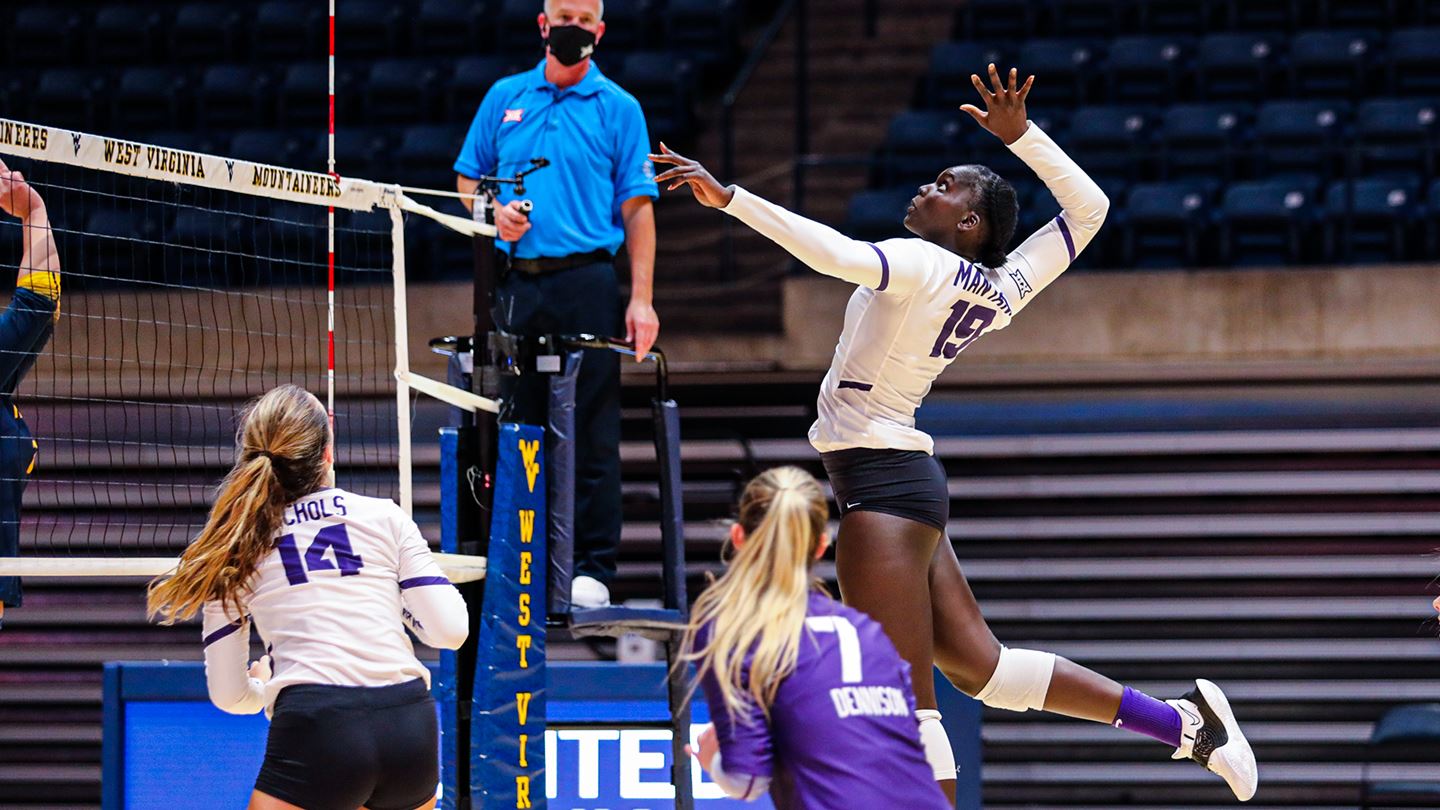 Another strong showing fell short for TCU on Friday, with the Frogs falling 3-1 to West Virginia despite out-killing their opponent 65-47.

Dennison tied her career-high with 28 digs, her career-high in a Big 12 match. Sophomore McKenzie Nichols provided 58 assists, and freshman Taylor Raiola recorded her first career double with 14 kills and 10 digs.

The Frogs showed an explosive offense in a game that saw them score more than 20 points in all four sets.

The first set depicted TCU’s will to try and come back from the previous loss the day before. A strong offensive performance from Adams, Swanson and Raiola saw the Frogs take a 17-11 lead. The Mountaineers offense then got going themselves, ripping off on a 9-3 run.

TCU saw four set points but could not finish the job, as West Virginia grabbed the set 28-26.

The Frogs responded with a monster second set to tie the match at 1-1. Led by Raiola’s five kills on 11 swings, the team hit 0.303 in the set. The defense was lockdown as well, holding the Mountaineers to a -.083 hitting clip.

TCU won 25-11 to earn their largest set victory of the season.

The third and fourth sets were close, but West Virginia had just enough in each to edge TCU. After the Mountaineers claimed the third set 26-24, the Frogs went all out to stay alive in the fourth. The set saw 10 ties and three lead changes before West Virginia was able to take it 25-20.

“Our team battled today, but came up short,” Kramer said. “We are continuing to improve in many aspects of the game and are looking forward to getting back in the gym this week.”

The Frogs will look to bounce back next week when they face the Kansas Jayhawks at home Thursday and Friday at 3:30 p.m. Both games will be streamed on Big 12 Now on ESPN+.