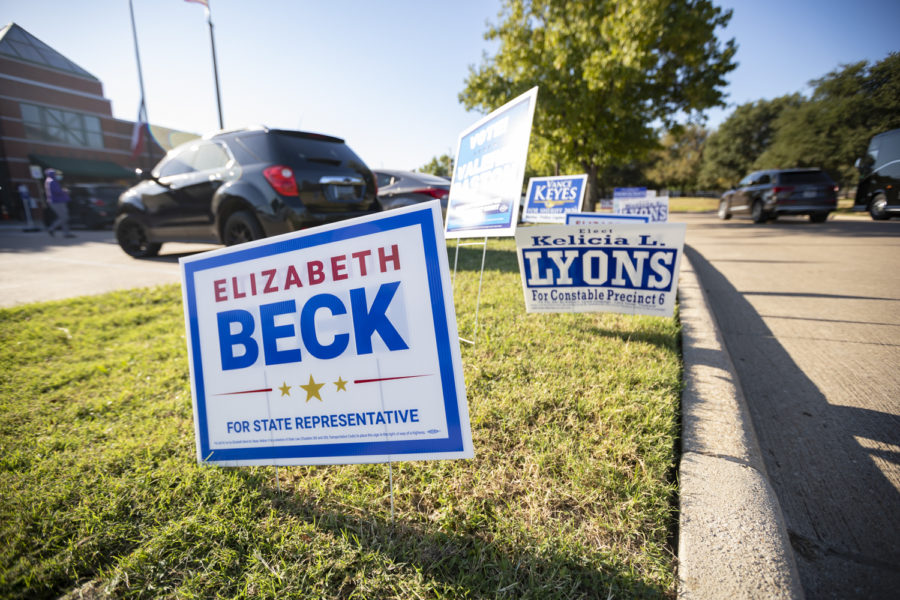 The Office of Multicultural & International Student Services provided transportation to the Southwest Regional Library polling location on Saturday, Oct. 17, 2020. Students, faculty and staff were invited to register in advance to be able to vote. (Heesoo Yang/Staff Photographer)

Organizations such as MOVE Texas are working to improve the voting experience for young voters and people who lack resources to properly vote.

MOVE Texas is a nonprofit and non-partisan organization with the goal to get more young voters out to the polls.

The effect of this organization and others like it are already clear. The number of Gen Z voters who are registered for this upcoming election has more than tripled from 7 million in 2016 to 23 million in 2020.

This spike in voters from Gen Z has already shown to have an immediate impact on the 2020 presidential election, as the primarily red state of Texas is beginning to look purple.

Founded in 2013 by a group of students from the University of Texas at San Antonio who wanted to increase young voters’ involvement in local elections, MOVE Texas has grown into a statewide organization.

Read more: Students encourage others to vote in this year’s presidential election

Charlie Bonner, the director of communication for MOVE Texas, spoke about how voter registration looked during a global pandemic.

“We were able to help over 50,000 people get registered,” said Bonner. “Which kinda surprised me-I didn’t expect this large of a turnout, especially due to the pandemic.”

While the turnout of voters has been successful for the organization, more needs to be done to achieve full success on younger voter turnouts, Bonner said.

“Too many of us were sitting on the sideline the last election and I think we are slowly closing that age gap we see in voter registration which has been inspiring,” he said.

This election has been successful in getting young people of color to register to vote, as an estimated 1 in 5 Gen Z voters this election is Hispanic with the age range of 18-23 years.

One issue MOVE Texas has been combating is voter suppression and systemic racism that limits the abilities of people of color to vote. The organization has made steps to ensure this does not occur during the election.

Raven Douglas, the political director of MOVE Texas, explained how voter suppression of people of color is still an issue, citing a stringent ID law Texas passed in 2013 that inhibits many Black and Latinx individuals from voting, since many of them do not have driver’s licenses.

Douglas said he believes other resources such as the internet are not as prevalent in communities of color, leading them to be less likely to vote. MOVE Texas is trying to change that and give communities with fewer resources the opportunity to vote and have their voices heard.