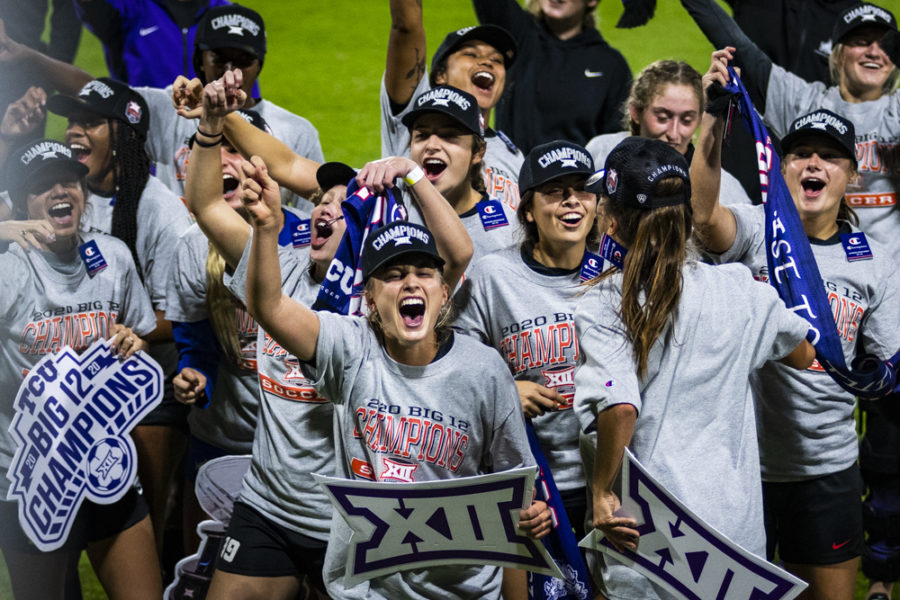 When discussing the status of a school’s athletic program, topics like bowl games, March Madness, the College World Series and other highlights of men’s sports teams often come to mind.

For TCU, recent success in these areas has been sparse.

The football team squeaked into a bowl game last fall, but they haven’t been ranked for more than a week since 2017. The basketball team hasn’t punched a ticket to the big dance since 2017, and this year they likely won’t even make the National Invitation Tournament. Even the heralded Horned Frog baseball squad has not been to the College World Series in four years.

Considering these statistics, TCU Athletics appears to be failing. However, that could not be further from the truth.

Carrying the load of respect and prestige for TCU sports right now are the women’s teams. Despite the fact that their combined social media followings add up to less than a fourth of that of TCU football alone, just as many of them have seen team success, unprecedented individual performances, or both.

Here’s a rundown of the different teams and individuals who have been showing out for women’s sports at TCU during the 2020-2021 seasons.

Big 12 titles are few-and-far-between for the Horned Frogs, as they’ve only won 12 since joining the conference in 2012 (nine coming from baseball and men’s tennis).

In fact, most teams at TCU have never won a Big 12 title. That all changed for TCU women’s soccer this fall.

After tying 0-0 in a defensive battle with Baylor in their first game, the Frogs won eight straight games to end the season, cruising through the season without much pushback and winning their first-ever Big 12 Championship.

All season, TCU gave up just three goals, as seven of their nine matches ended in them shutting out their opponents.

The final touches on the season came in the conference championship game, where sophomore forward Grace Collins nailed her third straight game-winner to lead the Frogs to a 1-0 victory over the West Virginia Mountaineers.

After the season, TCU won four of five player of the year awards in the Big 12 conference, and forward Yazmeen Ryan was drafted 6th overall in the NWSL draft to the Portland Thorns FC (highest pick in TCU history).

Ranked No. 4 in the country, the Frogs now have six games scheduled to play this spring before heading to the NCAA tournament at the end of April.

After winning a national title in 2019, TCU rifle looked primed to defend their title again in 2020 before the NCAA Championships were cancelled because of COVID-19.

Back in action in 2021, the Frogs looked like they had not skipped a beat, tearing through their opponents to finish with an impressive 11-0 record and head into the NCAA Championship ranked third nationally. 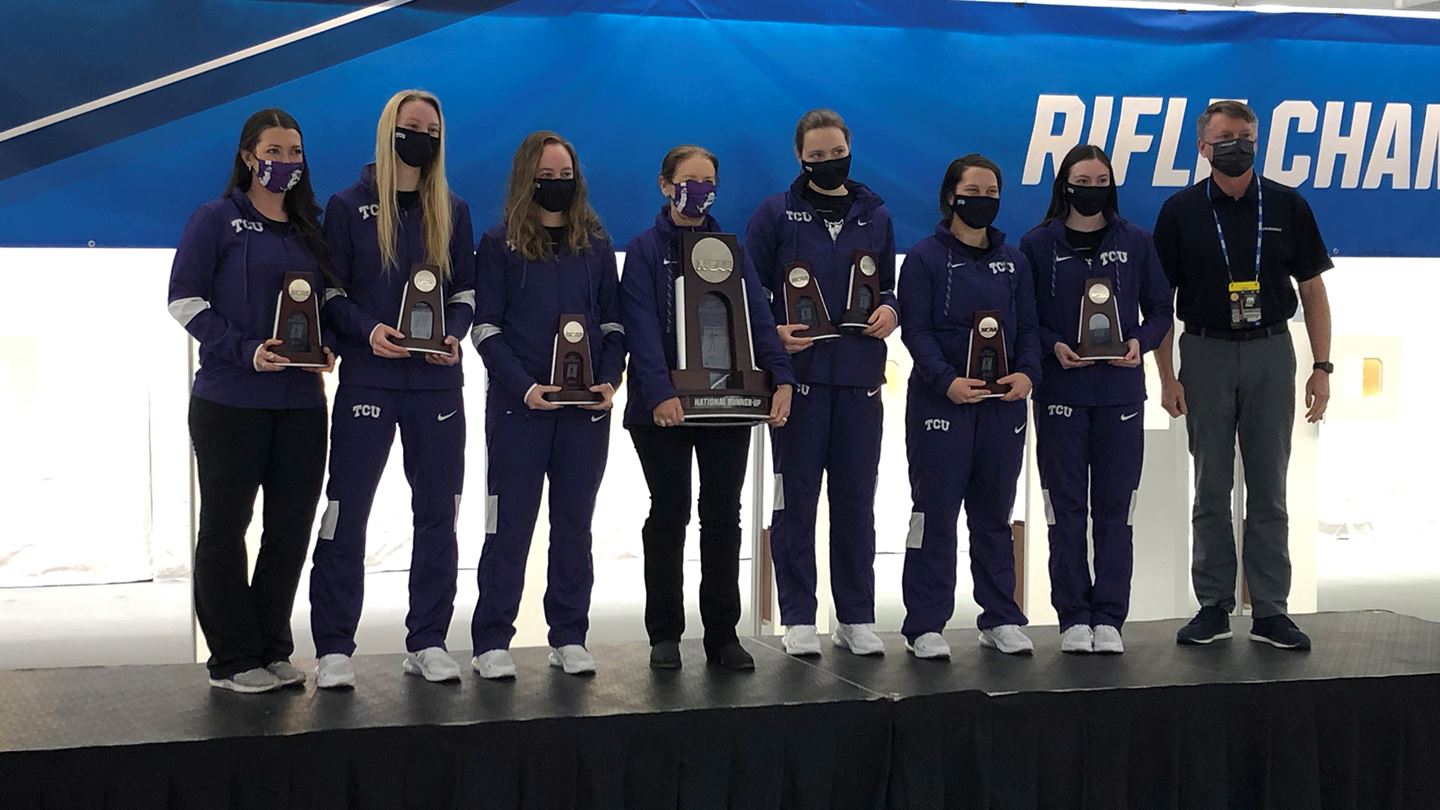 TCU’s 11 straight wins included one over Akron and two over Air Force, both of who ranked in the top 10 at the end of the regular season.

It’s important to note that though NCAA rifle is a co-ed sport, the TCU team is made up entirely of women.

Though the Frogs were unable to defend their title, they came about as close as you can get, winning the air rifle title and narrowly dropping smallbore to finish second to Kentucky by just nine points.

After winning air rifle with a near-perfect score of 598, sophomore Stephanie Grundsoee finished second overall in the individual rankings with an aggregate score of 1188.

With just one senior on their roster, the Frogs look more than equipped to compete for yet another national title in 2022.

The TCU beach volleyball team has been through the gauntlet thus far this season, facing nine ranked opponents in the last 16 days.

The Frogs have held their own, though, winning five of those matchups and holding a 10-3 overall record nearing the midway point of their season.

Ranked 7th in the country (2nd in the Big 12 behind No. 3 Oklahoma State), TCU equestrian recently wrapped up their season with a regular season record of 5-4. Two of those losses came in close bouts with opponents ranked in the top five.

Sporting their highest regular season win percentage since the 2012-2013 season (.556), the Frogs have locked in the three seed for the upcoming Big 12 Championships, which are scheduled for March 26 and 27.

TCU women’s golf has been on a tear this season, finishing in the top seven in each of their five tournaments. They have finished tied for second twice, with the first coming in the Schooner Fall Classic and the second coming a month ago at the Lamkin Invitational.

The Frogs are now ranked 23rd in the country. 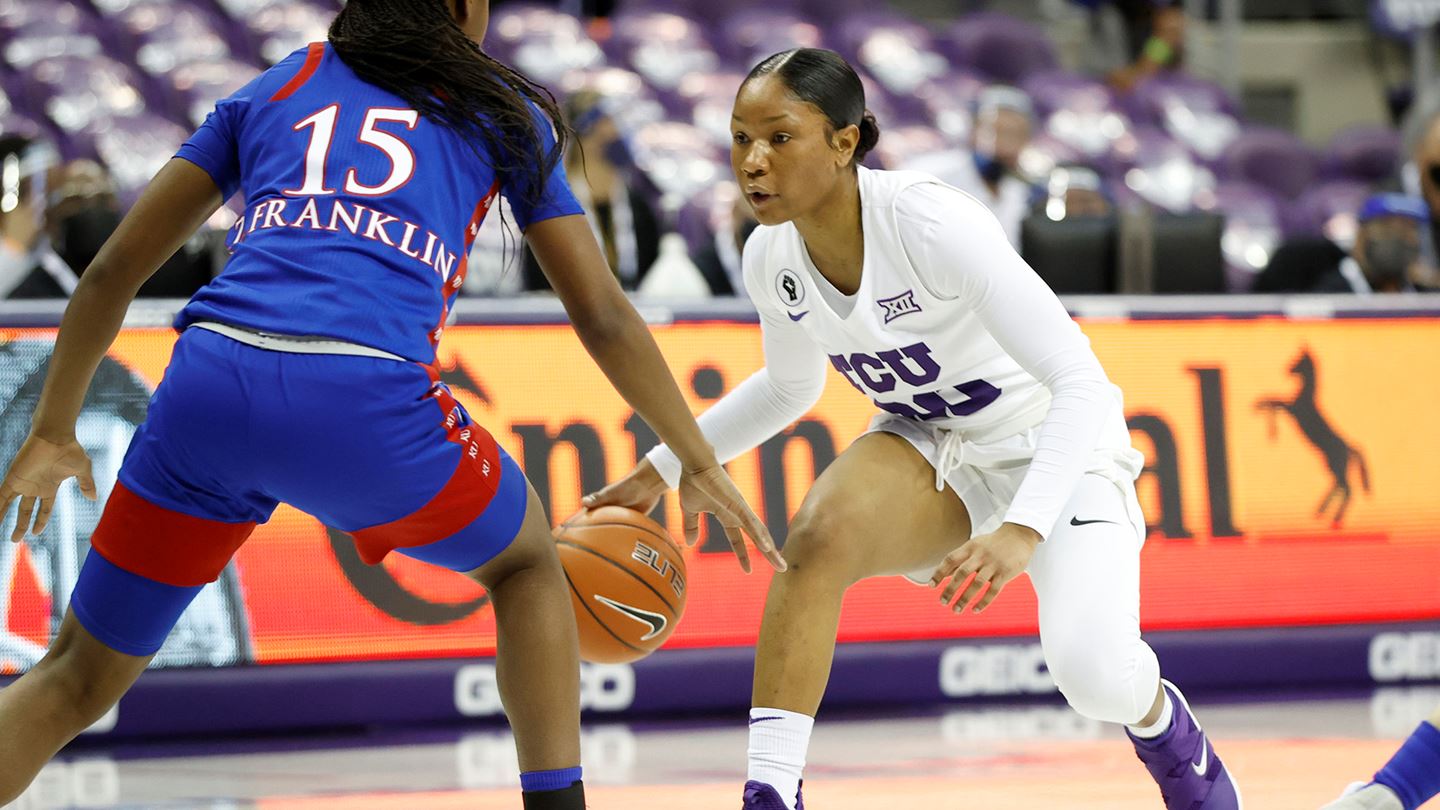 In the 2020-2021 season, TCU women’s basketball was not a story of team success but of individual dominance. Though the Frogs were able to win a game in the Big 12 tournament (something the men’s team was unable to do), they finished just 5-14 overall in conference games.

As a team, the Frogs are struggling this year, with just one win in 15 matches this season.

Despite TCU’s losing record, libero/defensive specialist Dani Dennison has continued to be lights-out defensively, reaching third on the TCU all-time digs list with 1,289 in her career. She needs just 45 to reach Katelyn Blackwood in second.

Frog fans should keep an eye on sophomore high jumper Jill Johnson. As a freshman, she set a school record with a 1.81m high jump and later earned a silver medal at the Big 12 Championships before the team’s season was cut short by COVID-19.