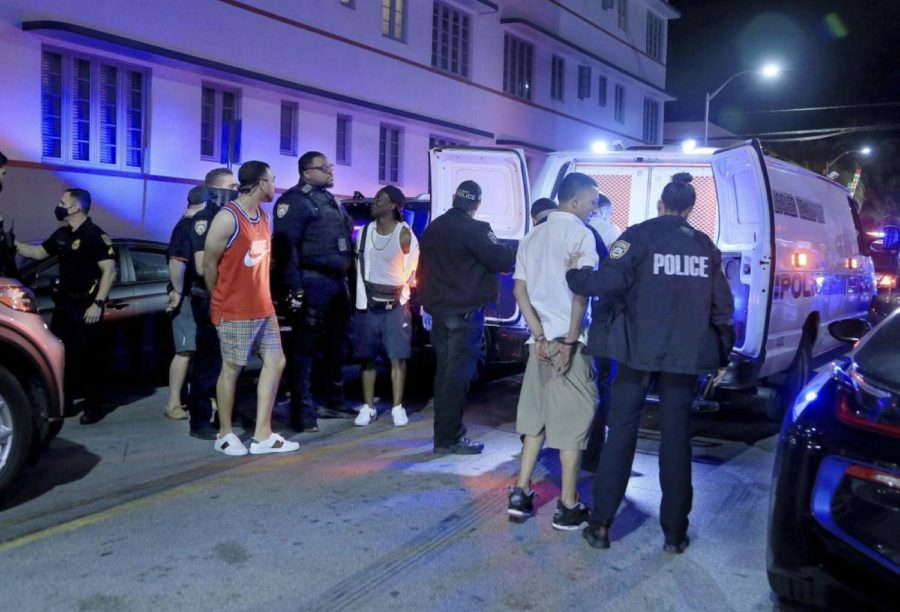 Tourists and hotel guests are being told to stay indoors during the curfew hours. (Pedro Portal/Miami Herald via AP)

City of Miami Beach declares a state of emergency

During a last-minute meeting Sunday, Miami Beach officials decided to extend the 8 p.m. curfew for another week, or until however long needed as raucous spring break crowds continue, according to The Associated Press.

The curfew is from 8 p.m. until 6 a.m. Officials claimed that the unruly spring break crowd gathering by the thousands, fighting in the streets, destroying property and refusing to wear masks had become a threat to public safety.

City Manager Raul Aguila said that more than 1,000 arrests have been made, half of them being people visiting from out of state. Officials claim that it’s not just college students, but also adults taking advantage of the fully open state during the pandemic.

The Supreme Court is considering reinstating the death sentence for Boston Marathon bomber, Dzhokhar Tsarnaev, according to the Washington Post.

The justices agreed to review the decision by a lower federal court in July that said that some jurors were not properly vetted before Tsarnaev’s trial. The issue is whether the lower court’s decision entitles Tsarnaev to a new penalty-phase trial.

Tsarnaev was convicted of 30 charges related to the bombing in 2015.

Trump plans to release his own social network

A top adviser to former President Trump said that Trump is working on creating his own social media platform, according to the Washington Post.

Trump saw a number of major tech accounts suspend his accounts as a result of the Jan. 6 Capitol attacks.

“I do think that we’re going to see President Trump returning to social media in probably about two or three months here, with his own platform,” Trump senior adviser Jason Miller told Fox News.

Miller claims that the new social media will “redefine the game and everybody will be waiting and watching to see exactly what President Trump does.”