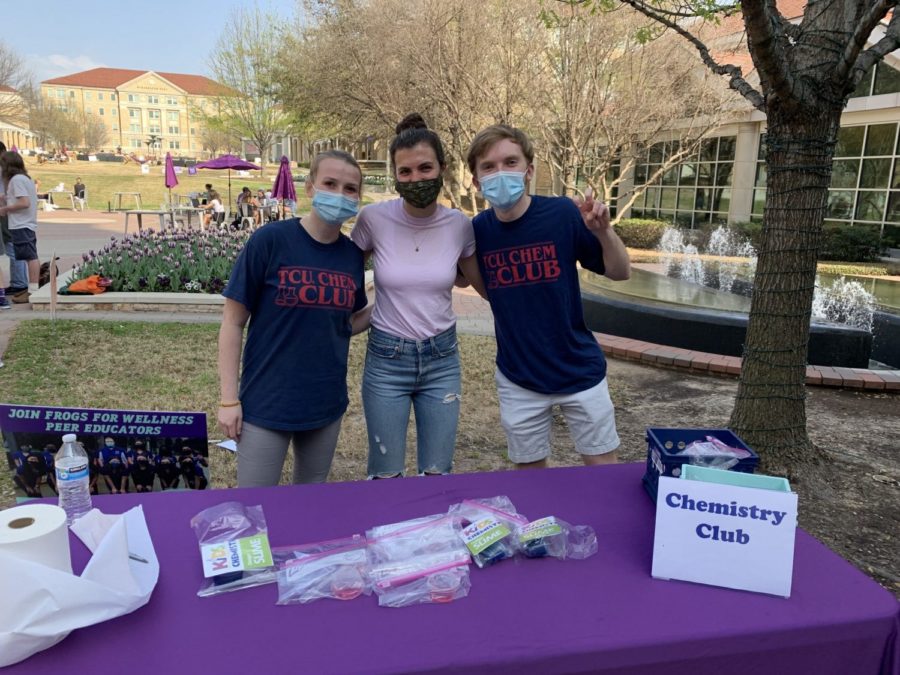 A weekly showcase is giving students a new way to interact with organizations on campus.

The ‘Student Organization Showcases’ are a weekly in-person opportunity for students to connect with and learn more about organizations they may have not know existed on campus.

“Each week, we will feature five to six organizations in a casual and fun environment with snacks, giveaways and opportunities for students to enter in a raffle to win a prize,” said Dede Williams Vann, the director of student organizations learning & development.

The first showcase was held on March 24, and the organizations that attended were the Chemistry Club, Rhino Initiative Club, TCU Links, It’s On Us and Gamer’s Guild.

Claire Litchfield, president of TCU Links, showcased the organization and their goal, which is to link college students with the elderly community of Fort Worth.

Normally, TCU Links goes to local retirement homes and spends time with those residents. Due to the pandemic, they have been doing letter drives.

Litchfield was a supporter of the new showcases.

“I love the idea of having just a couple of organizations to showcase because it really puts the focus on those organizations instead of being overwhelmed with the organization fairs,” said Litchfield.

Litchfield said TCU organizations should continue these showcases because it is a good opportunity for smaller clubs and any club trying to get their name out there.

“It’s really important for freshmen and transfer students because it’s way easier to get to know people in a much smaller showcase rather than trying to visit 50 clubs at once at the normal showcases we would have,” said Litchfield.

It allows these organizations to be active and engaged in the TCU community.

“There’s a lot of positivity and feedback just from the TCU community about being able to see and get to know more organizations on campus…so they should continue to do this in the future”, said Harrison Holloway, the vice president of service and outreach for the Chemistry Club.

Their next showcase will be next Wednesday, March 31. The following are scheduled for April 7, April 14, April 21 and April 28.