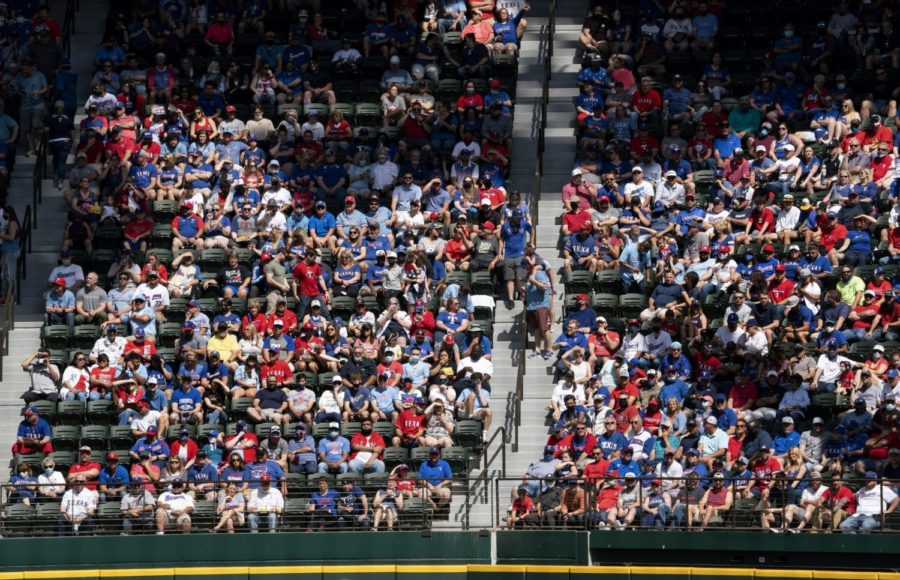 Fans fill the stands at Globe Life Field during the first inning of a baseball game between the Texas Rangers and the Toronto Blue Jays, Monday, April 5, 2021, in Arlington, Texas. The Rangers are set to have the closest thing to a full stadium in pro sports since the coronavirus shutdown more than a year ago. (AP Photo/Jeffrey McWhorter)

The Texas Rangers sold out their stadium for their home opener on Monday, one of the first full capacity sporting events in a year, reports CNN.

The stadium had 38,238 paid attendees, said Rangers spokesperson John Blake, who described the sales as a sellout. The overall capacity of the new Global Life Field is 40,518, Blake said.

The Rangers are the first Major League Baseball team to reopen at full capacity since the coronavirus pandemic began. Last year, MLB games were played without fans in the stands. Since Gov. Greg Abbott lifted the state’s mask mandate and other restrictions last month, businesses in Texas can operate at 100% capacity.

President Joe Biden said in an interview with ESPN that having a full stadium was “a mistake.”

Abbott declined to throw out the first pitch at the game. The Republican governor announced that he would be boycotting the MLB after the organization pulled their All-Star game from Atlanta due to new voter restriction laws in Georgia. 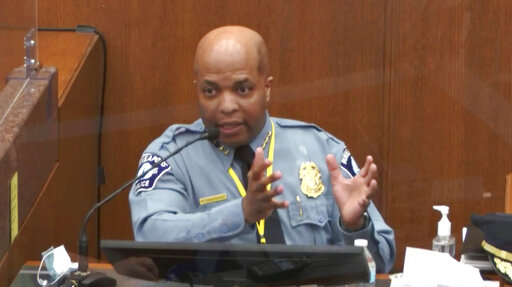 In this image from video, witness Minneapolis Police Chief Medaria Arradondo testifies as Hennepin County Judge Peter Cahill presides Monday, April 5, 2021, in the trial of former Minneapolis police Officer Derek Chauvin at the Hennepin County Courthouse in Minneapolis. Chauvin is charged in the May 25, 2020 death of George Floyd. (Court TV via AP, Pool)

New witnesses were brought forward to support the prosecution of Derek Chauvin on Monday, including the doctor who cared for George Floyd before pronouncing him dead and the Minneapolis police chief, according to The New York Times.

Chauvin, a former Minneapolis police officer, is accused of killing Floyd by kneeling on his neck for more than nine minutes. Chief Medaria Arradondo of the Minneapolis Police Department said in his testimony that many of Chauvin’s actions “absolutely” violated policies, especially after Floyd was initially subdued.

“Once Mr. Floyd had stopped resisting, and certainly once he was in distress, and trying to verbalize that, that should’ve stopped,” said Arradondo.

The prosecution also brought in Dr. Bradford Wankhede Langenfeld, the emergency room physician who tried to save Floyd’s life for 30 minutes before pronouncing him dead. In his testimony, the doctor said that Floyd’s heart was not beating by the time he came to the hospital. He also said Floyd’s death was likely due to a lack of oxygen.

The defense is expected to claim that Chauvin was following his police training and that Floyd’s death may have been due to drug use.

A single dose of a two-dose vaccine may be effective in people who have already had coronavirus, new study says 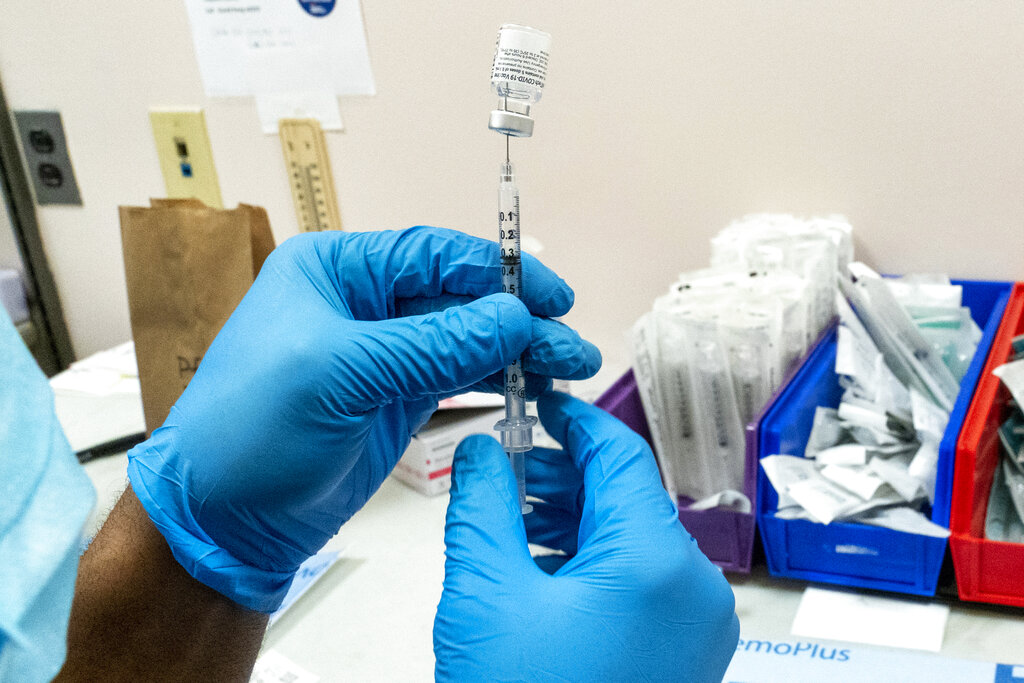 In this Thursday, Feb. 18, 2021, file photo, a pharmacist prepares a syringe with Pfizer’s vaccine at a COVID-19 vaccination site in New York. (AP Photo/Mary Altaffer)

According to the U.S. News & World Report, growing evidence supports a new study that tests whether a single dose of what is designed to be a two-dose COVID-19 vaccine could potentially be sufficient to protect those who’ve already been infected with COVID-19.

The study may help distribution efforts where vaccines are limited by maximizing doses.

Those who have not been previously infected would still receive two doses.

The researchers measured antibody levels of over a thousand health care workers in the Cedars-Sinai system who received at least one dose of the two-dose Pfizer/BioNTech vaccine. The study used surveys from the health care workers to determine how many had been infected with the coronavirus. The group who reported prior infection received a single dose.

The single-dose group had similar COVID-19-specific antibody levels to those with no prior infection and two doses, according to the study.

“Our findings extend those from smaller studies reported elsewhere and support a potential strategy of providing a single dose of vaccine to persons with a confirmed prior history of coronavirus infection, along with two doses for people not previously infected,” said researcher Dr. Susan Cheng.

The study notes that further research is necessary to guide COVID-19 vaccination policy.