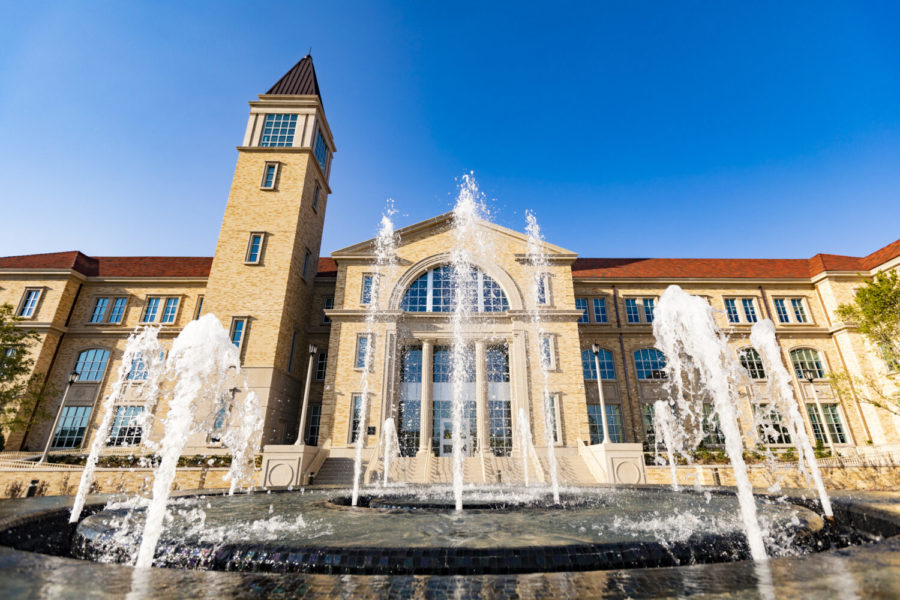 TCU’s Board of Trustees approved the university’s first tuition freeze in two decades at their annual meeting last week.

The plans to not raise tuition were announced in November but became official when the board approved the 2021-2022 budget Friday.

Chancellor Victor Boschini said this is the first time that tuition hasn’t been raised during his 18 year tenure at the university.

The approved budget also includes more financial aid for students, according to Boschini. $65 million in financial aid was allocated by the board in August for COVID-19 tuition assistance.

Annual merit raises for faculty were not included in the budget. Boschini said that this was a result of the tuition freeze.

Faculty Senate Chair Sean Atkinson said he was not surprised by the decision, but hopes that the raises return next year.

“Not only do the merit raises provide some sort of reward for people doing good work, they also function as a bit of a cost of living adjustment as well,” he said. “So without that mechanism in place, it could really be damaging to the culture of TCU.”

The board did approve the tenure and promotion recommendations for 50 faculty members.

“Anyone that was recommended they approved,” Boschini said.

A Race and Reconciliation Sign was set up next to the Founders Statue. (Heesoo Yang/Staff Photographer)

A nearly yearlong academic effort to examine TCU’s relationship with slavery, racism and the Confederacy received a stamp of approval from the board.

The trustees unanimously approved all seven of the recommendations for actions presented by the chair of the Race and Reconciliation Initiative at the meetings.

The recommendations will be presented at the “Race and Reconciliation Day” on April 21.

Atkinson and Boschini were both pleased with the board’s approval.

“I am continually pleased that the board is supporting the RRI and that they are 100 percent backing that,” Atkinson said.

The board did not make a decision on a resolution that would disallow current political officeholders from being a trustee.

The resolution emerged earlier this year after Rep. Roger Williams, R-Texas, voted to object to the certification of the 2020 election.

Williams, who sits on the board, also said that TCU’s faculty are teaching socialism and trying to get rid of free speech.

In the aftermath, the Faculty Senate planned to consider a motion calling for Williams’s removal from the board. The motion was tabled after the board announced that they would consider whether elected officials should be trustee eligible at their April meeting. 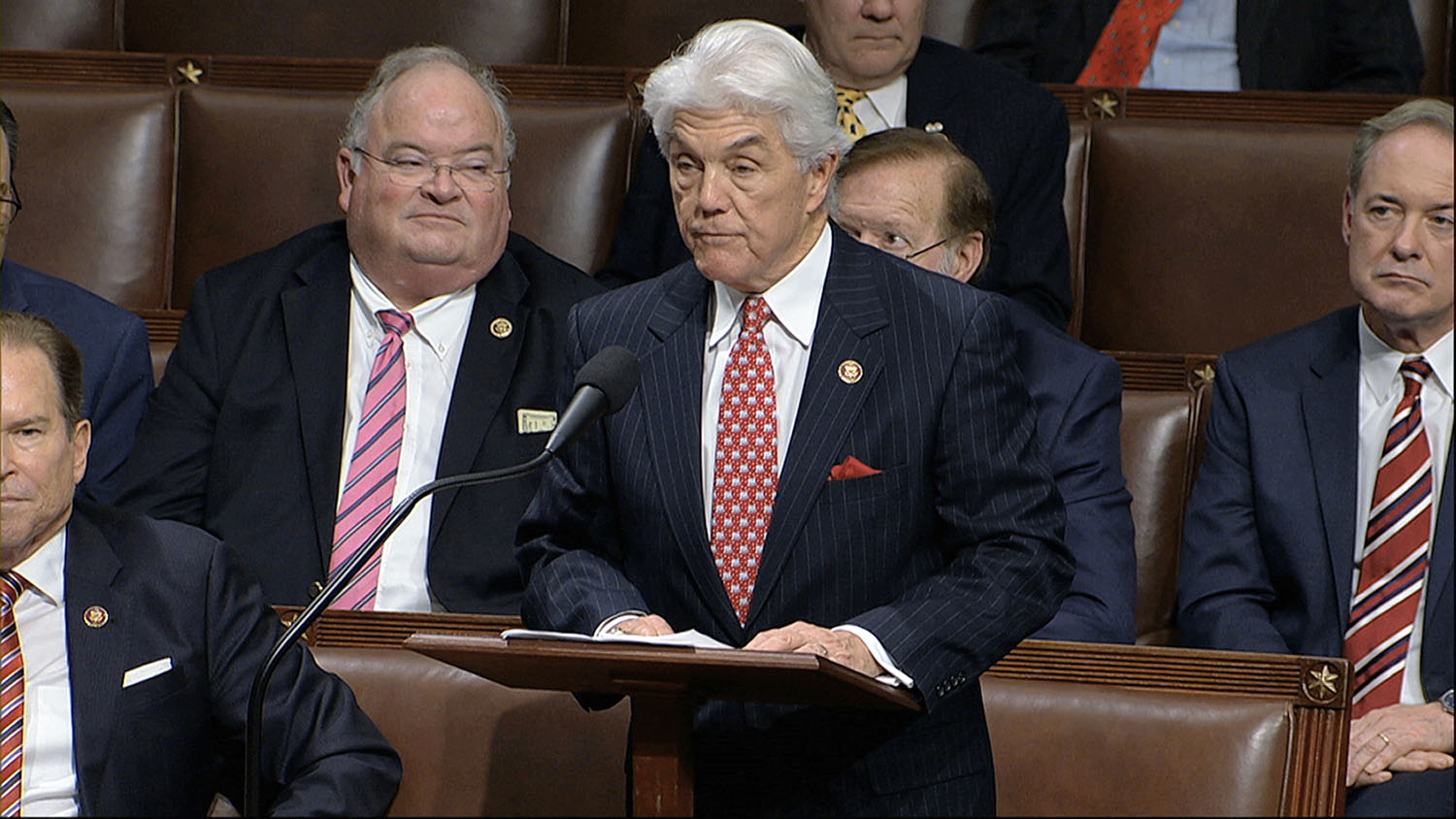 Rep. Roger Williams, R-Texas, speaks as the House of Representatives debates the articles of impeachment against President Donald Trump at the Capitol in Washington, Wednesday, Dec. 18, 2019. (House Television via AP)

The board did discuss politicians eligibility at the meeting, but only decided to keep the discussions ongoing.

“The board discussed that at length today and decided to keep discussing it, so it’s still a topic,” Boschini said.

The lack of action disappointed Atkinson.

“I would highly encourage them to keep talking about it and to keep discussing it because as you said, the presence of that discussion and the reality that that would actually happen is a large part of why we retracted our resolution against Roger Williams back in January,” he said.

A first occurred at the board meeting last week: Presentations by leaders of the universities four governing bodies.

Representatives for the Faculty Senate, Staff Assembly, Graduate Student Senate and Student Government Association spoke to the board about the past year and what their constituents want going forward.

Boschini called it a “new tradition” that he hopes will allow for a greater interaction of governing bodies.

A lack of communication from the administration has been a point of contention for some faculty members over the past year.

Atkinson said that TCU’s system of shared governance “was on the verge of collapse,” in an open letter to the administration and board last summer. The letter came amid faculty concern about budget cuts, COVID-19 protocols and racial injustice.

A different open letter last May was signed by over 300 faculty and staff members and mentioned concerns about transparency from the university administration.

Atkinson focused on communication between governing groups during his presentation to the board.

He was grateful for the chance to present, but wishes there had been more engagement from the board.

“There wasn’t as much discussion as I would have thought there might have been,” Atkinson said. 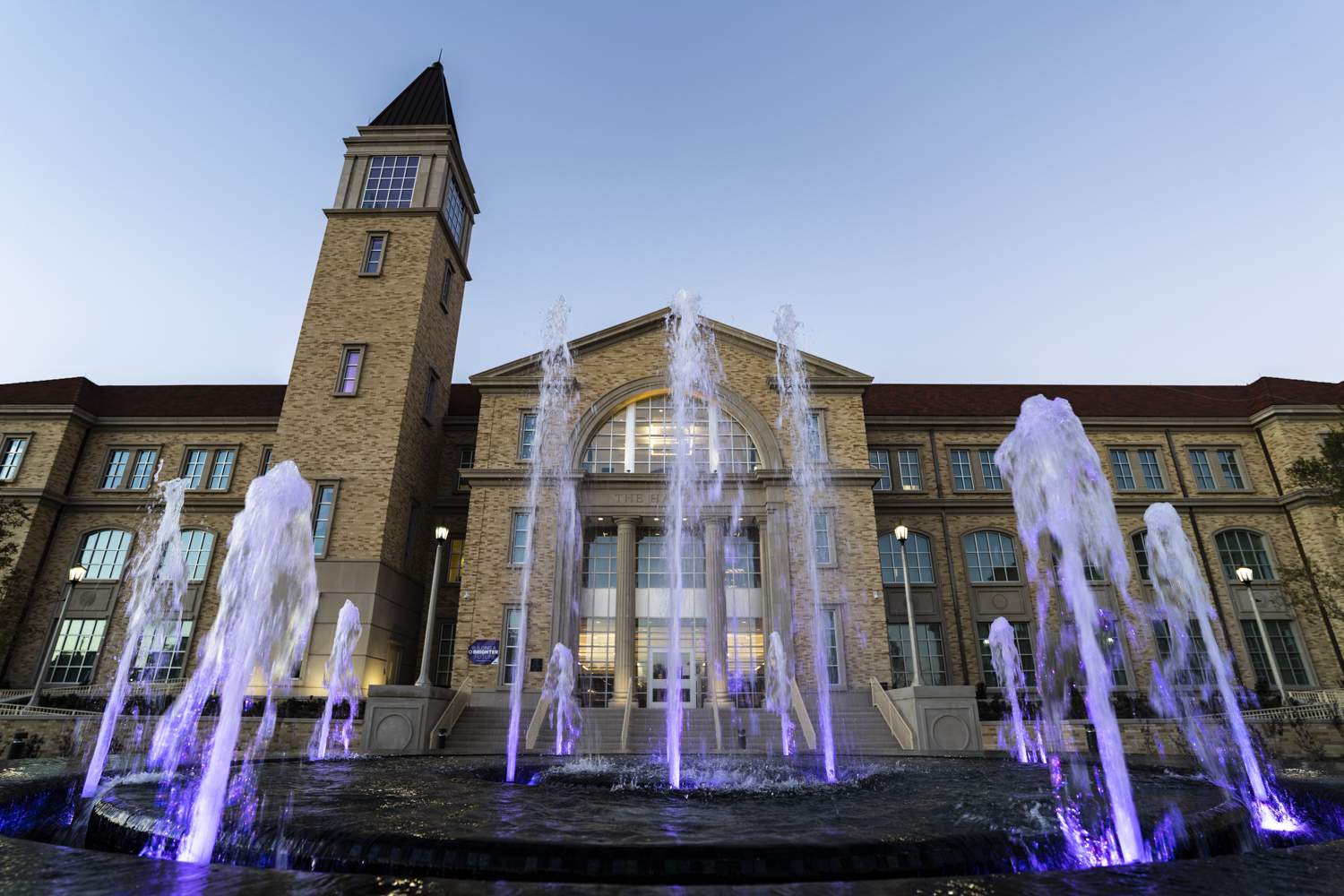 The final major announcement to come from the meetings was an approval of a renovation to Sadler Hall.

The board greenlit the “M.E. Sadler Hall Repurposing Project” to transition the longtime administration building into an academic space.

“That will help students and that will provide a lot more academic space and classrooms and offices for faculty,” Boschini said of the project.

The chancellor specifically mentioned new areas for the John V. Roach Honors College and the School of Interdisciplinary Studies.

The next board meeting is scheduled for November 3-5.