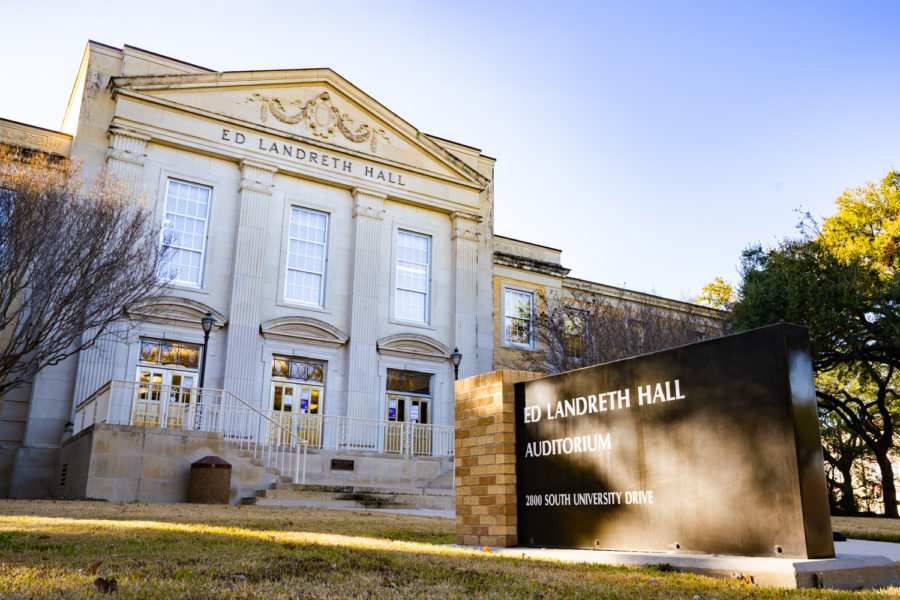 The performance will be streamed this weekend. (Heesoo Yang/Staff Photographer)

Theatre TCU will be streaming Children of Eden live this weekend.

The show, about a few bible stories, opened last week to a limited in-person audience.

“Children of Eden is about 2 different Bible stories,“ said Penny Maas, associate professor of theatre. “Act 1 is focused on Adam, Eve, Cain and Abel in the Garden of Eden, and Act 2 is focused on Noah and his family on the Ark.”

The play is about families and forgiveness and learning to break cycles in life. Maas said that a committee of both students and faculty chose it to be performed.

Burchill said it was a difficult but rewarding role to play.

“As a Christian, playing a representation of God is daunting for sure because I wanted to make sure I did it justice the best I could,” said Burchill.

Burchill said she tried to focus on the parental nature of the Father and his knowledge of what decisions are most beneficial for His children.

“It also is written for a man to sing, traditionally, so it was really fun to stretch my range and see how I could adapt this male role to fit my female voice,” she said. “I got to share the role with D’Mariel Jones, and he was an amazing companion to help balance the giant role that is playing ‘God’.”

Due to the COVID-19 pandemic, the group has been limited by university restrictions.

Maas said their shows needed to have performance music tracks available, as no outside musicians were allowed on campus. The show also had to be able to be performed live, which they did this past weekend, and live-streamed later for family members.

“Children of Eden checked all of those boxes, plus the music was written by the same composer that did ‘Wicked,’ so we knew the songs would be amazing,” said Maas. “It is a big show with a lot of roles for students, so it seemed like a good fit for us.”

The show will be streamed live for parents and family members to watch this weekend from April 15 through April 18.

Tickets are on sale at calendar.tcu.edu.