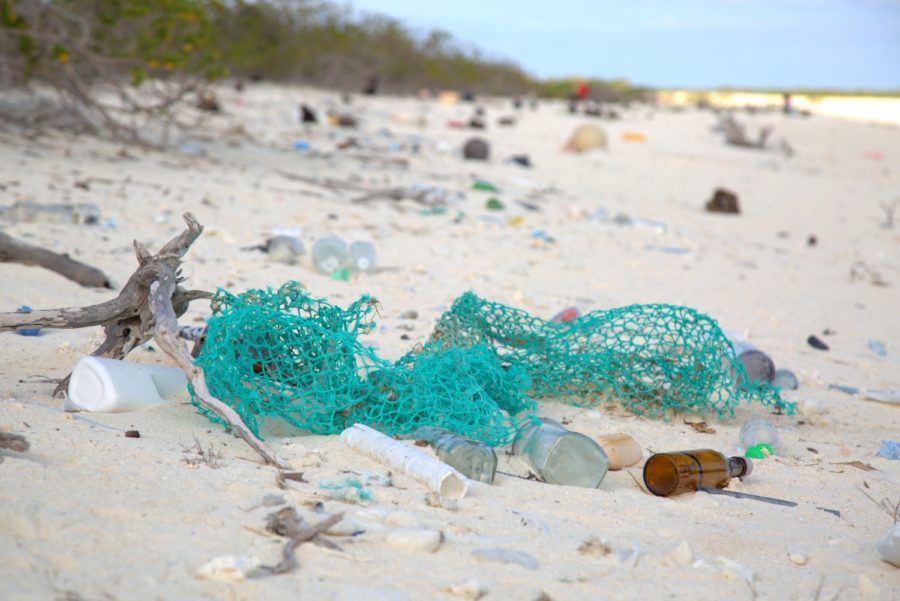 The 'before' shot for a cleanup of Eastern Island in Midway Atoll. Marine debris can take hundreds of years to biodegrade. (Photo courtesy of NOAA PIFSC Coral Reef Ecosystem Program)

By 2050 there may be more plastic than fish in the ocean. This June 8, World Oceans Day, scientists say finding answers to marine plastic pollution is key to ensuring the survival of people and the planet.

Plastic comprises up to 90% of ocean debris with trillions of pieces circulating ocean currents, but much of its impact remains unknown.

“Plastic has only been around for 75 years or so, and so we’re still really on the front end of marine debris research,” said Caitlin Wessel, the Gulf of Mexico regional coordinator for NOAA’s Marine Debris Program.

But researchers warn that without action to reduce the flood of plastic into the ocean, the pollution places human and wild communities at risk.

Plastic has been found in the most remote corners of the ocean, from Antarctica to the protected Galapagos islands.

In total, about 8 million metric tons of global plastic waste enter the ocean each year, according to the Ocean Conservancy, causing problems for many endangered species.

“Marine animals might mistake plastic in the ocean for food based on how it looks or smells. So, sea turtles, for example, might mistake plastic bags for jellyfish, or seabirds might think that based on the smell that it’s food that they can feed their chicks,” said Kera Abraham Panni, the senior outreach manager of conservation and science at the Monterey Bay Aquarium.

Once swallowed, the plastic can clog up an animal’s intestines or make it feel full, causing death by starvation. Other types of plastic, like discarded fishing nets and six-pack rings, can trap or suffocate marine life.

To date, more than 700 marine species are known to have ingested or become entangled in plastic, according to National Geographic.

Wessel works with Sea Turtle, Inc and other Texas sea turtle conservation groups that deal with the consequences in rescued turtles. 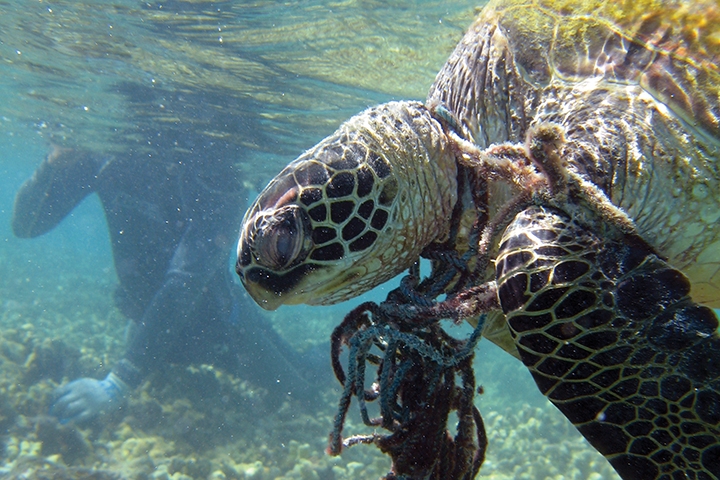 And turtles are not alone. Worldwide, people are breathing, eating, and drinking microplastics moved across the globe by wind and currents, according to The Guardian. In a given week, the average person consumes about 5 grams of microplastics – about the size of a credit card.

Panni explained the effects of microplastics are not well-understood enough to assess the risk to human health.

However, recent studies show long-term exposure to microplastics can reduce survival and reproduction of many species and even impair brain function in hermit crabs.

Every minute, a trash truck load of plastic waste enters the ocean. By 2030, that amount will have doubled as plastic production scales up by 40%.

Meanwhile, more than 3 billion people depend on the ocean for daily protein, and millions more for marine-related work in ecotourism, fisheries and other industries. The ocean also regulates the climate, absorbs carbon dioxide and produces half of all the oxygen for life on Earth, according to the U.N.

What scientists do know is the plastic is here to stay. Removing every piece from the ocean will be nearly impossible as the plastic breaks down into smaller and smaller particles until they can only be seen with a microscope.

“The answer to marine debris is never going to be going out there and removing it all once it’s in the environment. Our goal is really to help folks understand and be aware of the issue so that we can prevent plastic and other types of litter from ever getting into the environment in the first place,” said Wessel.

Individuals and communities can play a large role in protecting the ocean for future generations.

“As consumers we all have the option to make choices and sort of vote with our dollars and send a signal that we don’t want excessive plastic packaging,” said Panni.

At TCU, students can participate in saving the oceans by choosing sustainable alternatives to single-use plastic, like cloth bags, reusable bottles and clothing made from organic materials, and by reducing unnecessary purchases. 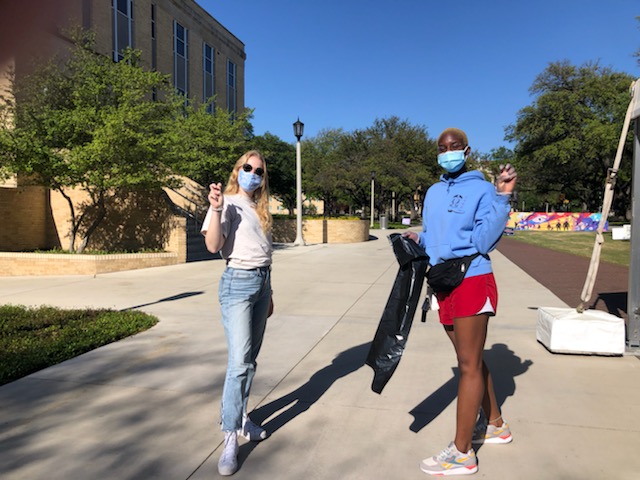 Students and others in the Fort Worth community can also learn what kinds of plastic are safe to recycle using the Fort Worth Garbage & Recycling app.

Panni praised the adaptability of consumers and businesses following the 2016 plastic bag ban in California and encouraged students to advocate for community and legislative action that will reduce plastic waste.

“I’m a firm believer that we can totally create alternative systems that use materials that are more benign for our planet and for our health and for the health of the animals we share the planet with,” she said.