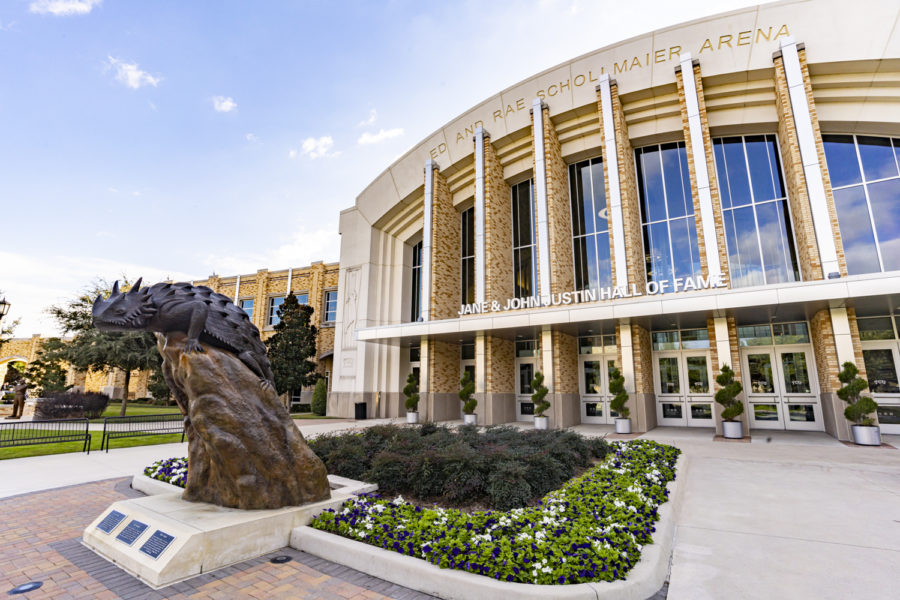 Ed Schollmaier, the namesake for TCU’s Ed and Rae Schollmaier Arena and a 25-year member of the TCU Board of Trustees, died Thursday at the age of 87.

“Ed Schollmaier made an unbelievable impact as a leader in the TCU and Fort Worth communities,” TCU athletic director Jeremiah Donati said. “Over the course of his 25 years on our Board of Trustees, which included serving on and chairing several committees, Mr. Schollmaier had a tremendous passion for basketball.”

The former CEO and president of Alcon Laboratories Inc. in Fort Worth, Schollmaier, and his wife, Rae, donated $10 million to TCU Athletics for the renovation of the basketball facilities in 2015.

They were the lead donors of what was a $72 million project for the university.

“I hope the city of Fort Worth adopts TCU basketball the same way it’s adopted TCU football,” he said at the time. “I encourage all of you here to get on the wagon this year and come to some basketball games in the new arena.”

Schollmaier took his own advice, as he was a consistent attendee at TCU basketball home games.

“With his front row and midcourt seat, he was a fixture at our men’s and women’s basketball home games,” Donati said. “We will always be eternally grateful for how Mr. Schollmaier positively affected so many lives within our athletics program and on campus. Our thoughts are with his family.”

Born in Cincinnati, Schollmaier earned his undergraduate degree from the University of Cincinnati. That is also where the Schollmaiers met.

Schollmaier received his MBA from Harvard Business School, where he met one of the founders of Alcon, Bob Alexander.