TCU students share their thoughts on the Heartbeat Act 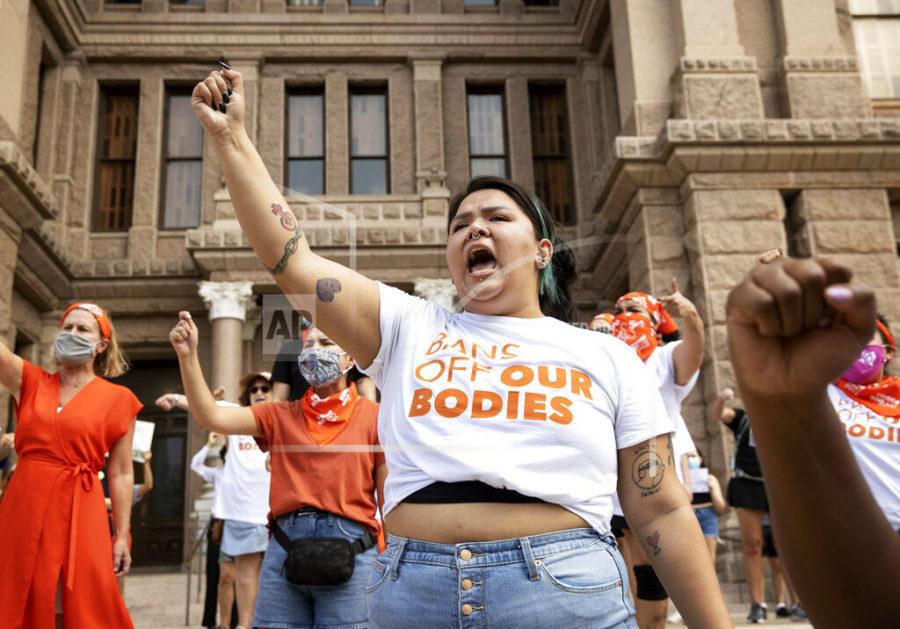 Leen Garza participates in a protest against the six-week abortion ban at the Capitol in Austin, Texas, on Wednesday, Sept. 1, 2021. Dozens of people protested the abortion restriction law that went into effect Wednesday. (Jay Janner/Austin American-Statesman via AP)

The Department of Justice recently filed a lawsuit against the state of Texas following the passage of the Heartbeat Act, which was signed into law on May 19.

The bill came into effect on Sept. 1, 2021, and gives private citizens permission to sue abortion providers or individuals who got abortions after six weeks of pregnancy — the supposed time a fetal “heartbeat” has been detected, according to the Texas Tribune.

Since the timeframe for women becoming aware of their pregnancies varies, the six-week period may also be well before many women are aware.

After speaking to students on campus, some disagreed with the law restricting abortions.

“I think that the new law is probably going to hurt a lot more people and it is going to probably end up causing a lot more harm than good,” said one female student.

One male student said that “it’s definitely restricting rights that women should be able to choose for themselves.”

“I think it’s really just a matter of trying to control women,” said one female student.

However, not every student interviewed disagreed with the law.

“I’m personally in favor of the law,” said one female student. “It’s literally called the Heartbeat Bill. For me, anybody who disagrees with ending the life of something that has a heartbeat… I personally don’t understand it myself.”