From public health to politics: has an end come for vaccine politics? 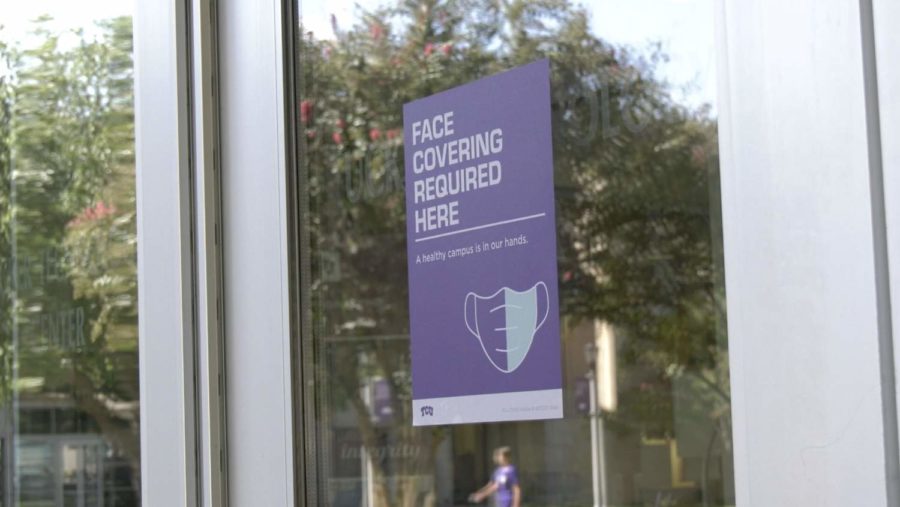 By Leah Bolling and JD Pells

**The following video was filmed the week of Sept. 13, 2021, the same week Biden announced his vaccine rule.

Although they were once bipartisan arguments, two TCU professors said that mask and vaccine requirements have become politicized since the start of the pandemic.

“[Things] should not map onto the political spectrum where you have different views on it depending on what side you’re on,” said Dr. Adam Schiffer, a professor of political science at TCU. “But somehow that happens and it becomes ‘politicized.'”

Schiffer said if President Biden’s mandates become more strict and start affecting the university, he expects that there will be some pushback, but overall, TCU is very good about complying with federal law.

Party association has become an important part of many people’s identity, Schiffer said, adding that once an issue gets associated with one side or the other, a party’s stance on the topic is much more important to people than the arguments themselves.

Dr. Joanne Green, a professor of political science at TCU, said that politicizing safety measures such as masks is very troubling because the issues could be defined in ways that are solely based on public health.

“Things have gotten a lot less consensus-based and a lot more oppositional,” Green said. “We are framing things as us versus you, and I really hope we can get away from that thinking and start thinking more about, ‘where is our common ground?’”

With the president’s vaccine mandate starting to take disciplinary actions on federal employees on Nov. 9, the ever-politicized vaccine argument may be coming to an abrupt end.

Biden’s plan to ensure employees of companies with 100-plus employees are fully vaccinated or require weekly tests is a government mandate that could impact over 80 million workers in the private sector, the White House estimated.

As an incentive, Biden gave Occupational Safe and Health Administration (OSHA) authority to issue an emergency temporary standard to make fining businesses that have unvaccinated employees legal, according to Healthline.

As for fraudulent vaccine cards and information, the OSHA said they will have to depend more on employers for now, but with jobs on the line and possible future mandates, vaccination could be inevitable for those who are unvaccinated.