Back in the saddle: takeaways from TCU’s bounce-back win over Texas Tech 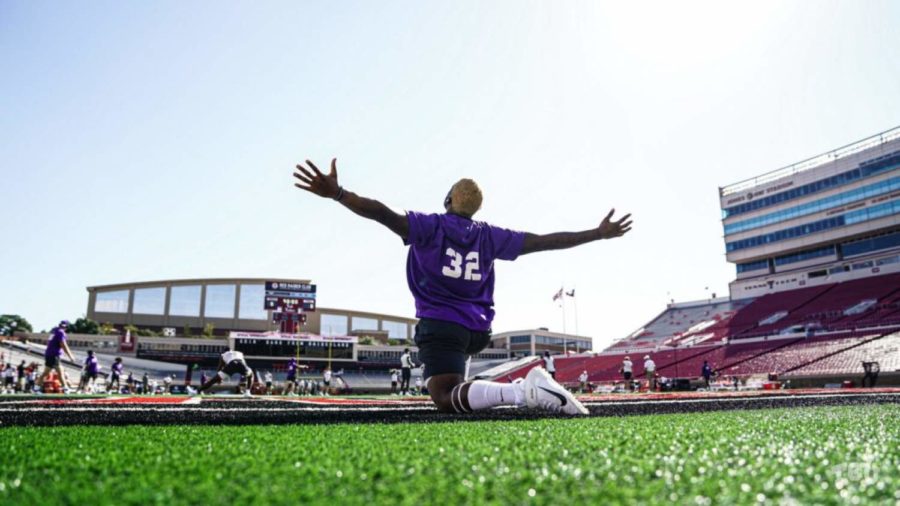 As the entire world watched unfold in College Station, Texas, on Saturday night, college football is one of the most unpredictable things that exists in sports.

Regardless of coaching staff, talent, experience, fan support or any other factors, the world of college football can take you in, chew you up and spit you right back out in an instant.

Few teams understand that reality more than TCU football, as its 2021 campaign, which many around the country predicted to be “the year,” began with a tumultuous 2-2 start.

In his 21st year as TCU’s head coach, Gary Patterson knows that it is never too late to turn things around, though, and the Horned Frogs completed step one of that process on Saturday in Lubbock, Texas.

“Whether it’s Lubbock or wherever it is, it’s tough to win,” Patterson said after the game. “Period. It’s tough to win anywhere. At home, on the road, the level of competition is so close in this league, every week you’ve got to come ready to play.”

As TCU looks to gain momentum going forward, here are four takeaways from their 52-31 win over the Texas Tech Red Raiders:

1. Offensive and defensive MVPs have been made clear

Five weeks into TCU’s 2021 campaign, a guy on each side of the ball has stood out as the most valuable player for the Frogs, giving them someone to rely on to be consistently excellent.

Offensively, running back Zach Evans has been far and away TCU’s most reliable weapon. After duking it out with Heisman candidate Bijan Robinson last weekend, Evans popped off for 143 yards and two touchdowns in the first half alone against Texas Tech.

The game was the fourth straight for Evans to top the 100 yards rushing mark, making him the first TCU player to reach that mark since 2002.

With 586 yards, five touchdowns and a Big 12-leading 7.9 yards per carry (minimum 50 attempts), Evans is on pace for one of the best rushing seasons in TCU history and represents the Frogs’ best shot at offensive success going forward.

On the defensive side of the ball, cornerback Tre’Vius Hodges-Tomlinson has shaken off a rough start to the season to remind everyone why he was First-Team AP All-Big 12 a year ago.

Entering the season with zero career interceptions, Hodges-Tomlinson now has two in 2021, with the most recent coming on a 29-yard pick-6 in the second quarter against the Red Raiders that put the nails in Texas Tech’s coffin a little early.

Over the last three games, Hodges-Tomlinson has been targeted 12 times in coverage, giving up just five catches for 67 yards. During that span, the junior has also recorded 19 tackles and the pick-6.

Despite TCU’s significant secondary struggles to start this season, Hodges-Tomlinson continues to be a solid rock for the Frogs to lean on as they defend the passing game.

2. The running back well is not four deep, only two

Over the course of the offseason and even through the first few games of the season, the narrative from Patterson was that TCU’s running back corp was made up of four backs – Evans, Kendre Miller, Emari Demercado and Daimarqua Foster.

After TCU’s win over the Red Raiders, it has been made clear that Evans and Miller are the only backs that should see more than a handful of carries for the rest of the season.

Following Evans’ brilliant start to the game, Patterson took him out for the second half and let Miller cook. Primarily in the second half, the sophomore went off for career highs with 12 carries, 185 yards and three touchdowns.

Of TCU’s 394 rushing yards (the most since 2016), Evans and Miller combined for 328 of them, boasting an impressive 11.3 yards per carry between the two of them.

On the season, Evans currently has 586 yards rushing and five touchdowns, and Miller is sitting at 302 yards and six scores. Besides quarterback Max Duggan (186 yards, two touchdowns), the Frogs’ next-closest rusher is Demercado with just 68 yards and a score.

Though Foster has dealt with injury, he has not even made the most of his time given, putting up just 2.8 yards per carry on the season.

Going forward, it is clear that a rushing trio of Evans, Miller and Duggan is most beneficial for TCU, with the other two backs finding use on special teams, or in Foster’s case, waiting for the future to make his mark.

After TCU went up 28-7 on Hodges-Tomlinson’s pick-6, the game became mostly garbage time for both teams, meaning Texas Tech was bound to throw the ball at a high volume.

Well, the Red Raiders sure did throw the ball, as starting quarterback Henry Colombi, who started the season as the backup, threw for a career-high 344 yards.

Though TCU did not give up a touchdown through the air, they did allow the Red Raiders to complete 12 passes of 10 yards or more, one of which was a 75-yard pass to running back SaRodorick Thompson that set up a Texas Tech touchdown.

Besides Hodges-Tomlinson and safety Nook Bradford (zero receptions on two targets), the majority of the Frogs’ secondary was pretty poor in the game, with the other seven of them that played each recording coverage grades of 66.3 or below, per Pro Football Focus.

Not only did that group also combine for six of TCU’s 13 missed tackles, but cornerback C.J. Ceasar II and safety T.J. Carter also gave up seven catches on the 11 combined times they were targeted in the game.

To put it simply, Oklahoma, who ranks second in the Big 12 with 285 yards passing per game, will throw all over TCU if the Frogs’ secondary does not shape up and play better.

With the Red Raiders coming off a win against West Virginia and sitting at 4-1 overall, many even saw TCU’s trip to Lubbock as a potential loss.

The Frogs squashed those thoughts right away, though, going up 28-7 in the opening moments of the second quarter. TCU Associate Athletics Director for Communications, Mark Cohen, said Tuesday that the Red Raider fans quickly lost interest in the game, as the Frogs made it clear quickly that Texas Tech was not, in fact, on their level.

As TCU looks to make something out of its season and bounce back from early disappointments, a dominant win like this over a conference opponent can inspire once-lost confidence within a team.

TCU football will face its toughest opponent of the season thus far on Saturday, as the team heads to Norman to play No. 4 Oklahoma. Kickoff on ABC is scheduled for 6:30 p.m.