Texas Senate Bill 8 up for debate as Texans protest 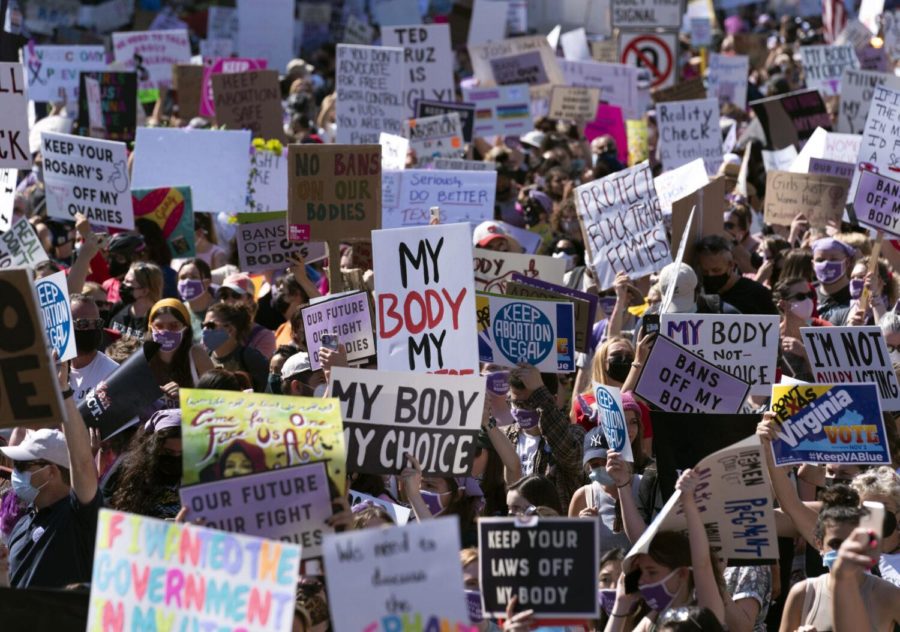 The Tarrant County Courthouse was home to a rally and march for reproductive rights following the passage of Texas Senate Bill 8.

Robert L. Pitman, a federal District Court judge in Austin ruled on Oct. 6 to temporarily block S.B. 8, otherwise known as the Heartbeat Act. Pitman’s temporary ruling prevents judges or court clerks in the state from accepting lawsuits sanctioned by the bill for now.

The Heartbeat Act allows private citizens the power to sue anyone who “aids or abets” in abortions after the presence of a fetal heartbeat, which is typically about six weeks into a pregnancy, for a minimum of $10,000.

The state has expressed its intention to appeal the ruling.

A Women’s March and Rally for Abortion Justice was held on Oct. 2 in front of the Tarrant County Courthouse. The rally allowed speakers to share their advice and experiences.

Iris Garcia, executive director of the Tarrant County Democratic Party, spoke about her experience with Planned Parenthood and shared some advice with those in attendance.

“Talk about abortion, help break down the stigma around abortion, say the word abortion. Don’t just say choice, say abortion,” said Garcia. “Call, write, email your legislators. They need to hear from you because if they’re not hearing from us, they’re hearing from [anti-abortion protesters].”

Among those in attendance was Tarrant County Constable Sandra Lee, assigned to Precinct 7 as well as being the county’s only female constable. She started by saying, “I came out today because I wanted y’all to understand that there are people in law enforcement that support abortion.”

The Supreme Court has had chances to block the bill, including one on Sept. 1, the same day the law went into effect.

Last week, it deferred a Biden administration request to block enforcement of the law because arguments are going to be heard in the appeals court, according to Texas officials.

The high court will, however, hear two important oral hearings that could impact S.B. 8, which are slated for the month of November.