Fort Worth residents can make Halloween less scary for wildlife 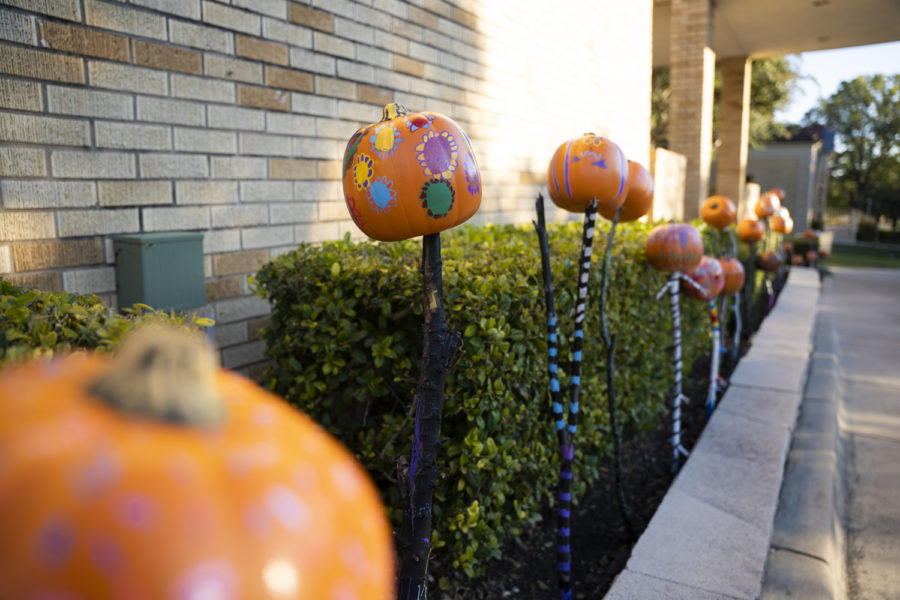 A kitten’s close call made one Fort Worth wildlife rehabilitator rethink the fake spiderwebs and other yard decorations that have become synonymous with Halloween.

Kay Singleton said she was startled when she stepped outside her home a few years ago and found a kitten tangled in the fake spiderwebs that she had stretched across the front porch.

“The web had wrapped around his neck and he was standing there trying not to choke. It was horrible,” said Singleton. “I tell people whenever I see one that they need to take that down.”

This year, Americans will spend nearly $3.2 billion on Halloween decorations, with average spending surpassing pre-pandemic levels at $32.10, according to the National Retail Federation’s Halloween Data Center.

However, outdoor Halloween decorations, treats and evening activities can disturb or put animals at risk if well-meaning residents do not consider how their actions could affect their wild neighbors.

For example, spiderwebs, nets and similar string-based decorations can entangle birds, catch on the antlers of deer and loop around the necks of unsuspecting wildlife, according to WildCare, a wildlife rehabilitation and education center based in California.

Sam Kieschnick, an urban wildlife biologist from Texas Parks and Wildlife, said string-based decorations can have consequences for native wildlife, but people can make compromises to help keep the animals safe.

“Put [the webbing] down when it’s after Halloween or put it up shortly before Halloween,” said Kieschnick. “Try to do it responsibly where you keep an eye on it and that you’re not, for lack of a better word, littering up the area.”

Kieschnick said to avoid leaving the webs dangling or in a position where wildlife could entangle themselves.

One rule of thumb for wildlife-friendly decor is to be aware of what paths animals might use through yards or gardens and avoid placing decorations there, according to wildlife rehabbers.

No tricks or treats: don’t feed the wildlife

Kieschnick said the most important action people can take for wildlife this Halloween is not feeding the animals.

Offering animals food like Halloween candy may seem innocuous, but feeding wildlife can cause them to associate people with food and lose their natural fear of humans. This can increase the risk of disease transmission and humans or pets being injured by the animals.

“Feeding wildlife is bad for wildlife,” said Kieschnick. “Eat the candy yourself, properly dispose of the candy wrappers and stuff like that and it will be enjoyable for both you and wildlife out there.”

Edible decorations can also pose problems: Singleton said squirrels and other animals that are gathering food for the winter eat whatever they can find – including edible home displays.

“If you put it out there, they’ll take it and eat it. Nuts, gourds, pumpkins, you name it,” she said.

For those who carve pumpkins, WildCare and other rehabilitation centers recommend that Halloween enthusiasts dispose of the pumpkins after Halloween and avoid rinsing them in bleach or using toxic paints so animals who eat them will not get sick.

The TCU Sustainability Committee provides advice on how to sustainably dispose of pumpkins this October. (Photo courtesy of Jeff Stone)

Carvers can also toss pumpkins in the compost pile instead of the garbage as a more sustainable option.

Trick-or-treaters and others participating in evening Halloween activities can have fun and reduce disturbance to nocturnal wildlife by staying out of more natural areas where animals will be looking for food.

Singleton said members of the Fort Worth community can take part in activities with prescribed paths, like hayrides and mazes, to prevent accidental encounters with wildlife. Trick-or-treaters should also avoid cutting across lawns and through brushy areas where animals may be hiding.

Many species, like coyotes, skunks and deer, have become more nocturnal in urban areas to avoid being active at the same time as people.

Kieschnick said the animals know when humans are around and try to stay out of sight.

“Most of [the] wildlife is pretty aware of us even if we aren’t aware of them,” he said.

However, seeing nocturnal animals like raccoons, opossums or coyotes at night when they are usually active is not cause for concern, said Kieschnick.

“If we become nocturnal and sort of out during the night, yes, we might see a critter that’s normally active at night. And just by seeing one is no reason for alarm,” he said.

Sharing the space with wildlife

Singleton asked members of the Fort Worth community to think about the impact of the changes they make to the outdoor environment on local wildlife.

In one instance, she said a company mowed a field for a corn maze without checking for wildlife, killing rabbits and a family of skunks and crushing a fox den in the area.

Even after Halloween, residents should check the area before mowing or doing yard work to make sure they will not harm wildlife nearby, said Singleton.

Kieschnick added that even though some animals may look intimidating, wildlife is not as scary as many Halloween flicks portray them.

“I think it’s to be celebrated that in Dallas-Fort Worth we share the urban ecosystem with a lot of critters,” said Kieschnick. “They are adapted to us, they live with us… So I think something as simple as the recognition that they’re there removes some of the scariness of it.”