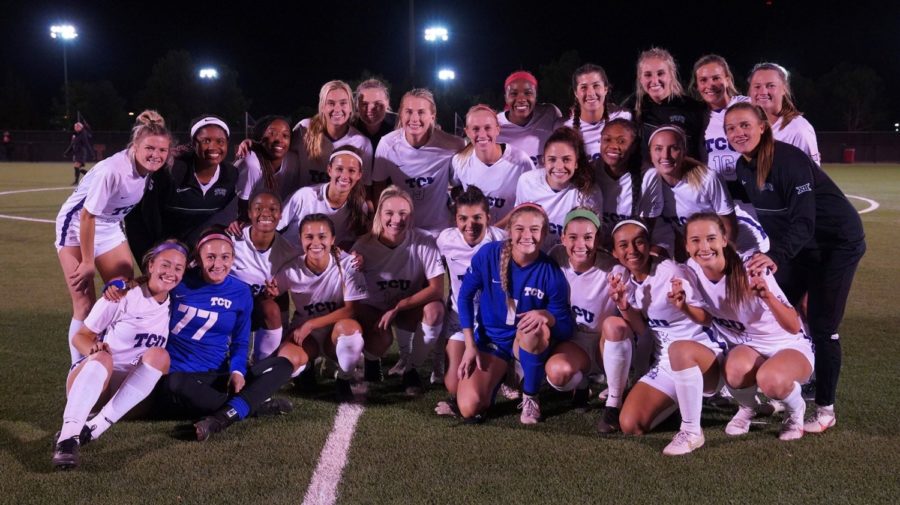 Entering the season, TCU was picked to finish second in the conference behind West Virginia, who ended up finishing sixth.

With only five minutes left in the match, midfielder Camryn Lancaster was given a free kick off a Texas Tech foul, and she placed a perfect ball just inside the six. Bright worked her way around a defender to volley the ball into the back of the net and collect her 10th goal of the season.

“It was more of a chess match than I thought it would be. Very much a soccer game where tactics were involved. Our kids stayed the course,” head coach Eric Bell said. “It was nice for Messiah [Bright] to get the goal off the free kick to seal the victory for us.”

Aside from the late goal, the remainder of the game was scoreless. The first 45 minutes of play were mostly spent in the midfield, with TCU’s best look coming from Lancaster in the second minute. She fired a shot that was punched just over the crossbar by the Red Raider goalkeeper.

At the half, Texas Tech had a shot advantage of 4-3, with TCU goalkeeper Lauren Kellett only tallying one save.

At the midpoint of the second half, the Frogs upped the intensity on the attacking end. Striker Grace Collins and midfielder Gracie Brian had back-to-back attempts on goal, but Bright was ultimately the only player to get TCU on the board and secure a win.

“I’m very proud of our group and happy for them and what they’ve accomplished. What this group has done for this program is fantastic,” Bell said. “Tomorrow when the sun rises, we are back at it getting ready for Sunday against Iowa State.”