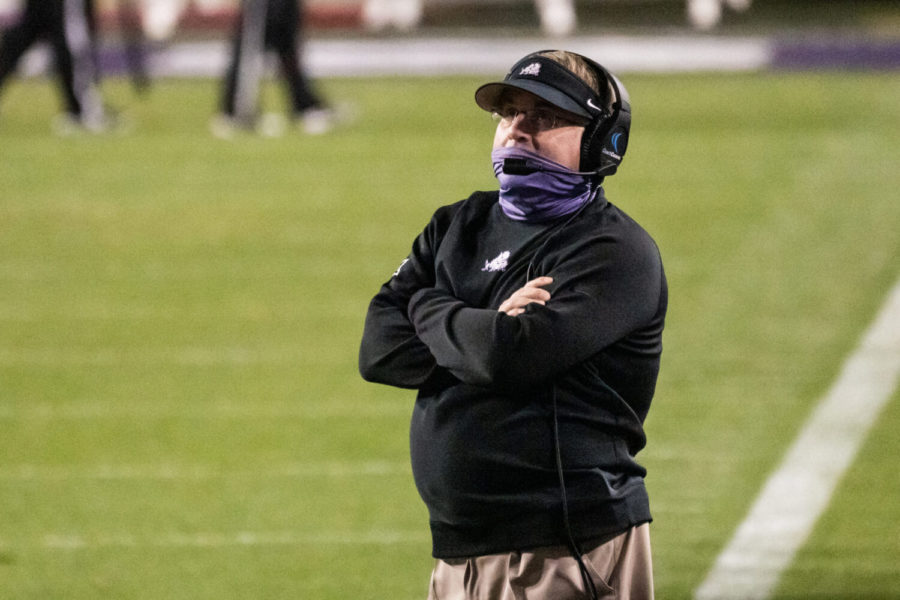 A meeting between head coach Gary Patterson and TCU’s chancellor and athletic director ended Sunday afternoon with Patterson stepping away from the program immediately.

One of two active NCAA coaches with a statue on his campus, Patterson finishes with an impressive 181-79 record at the helm of the Horned Frogs, making him TCU’s winningest head coach ever by a wide margin.

However, Patterson’s final campaign has been marked by five losses in TCU’s last six games.

The decision was announced on Sunday afternoon after Patterson reportedly met with his team to tell them the news first.

“The story of Gary Patterson and the rise in the fortunes of the TCU football program over the last 20 years is clearly one of the most remarkable in the history of college football,” TCU athletic director Jeremiah Donati said in a statement released to the media. “We are grateful to Gary and Kelsey Patterson and appreciate everything they have meant to TCU and the Fort Worth community.”

According to Donati, TCU asked Patterson to finish the 2021 season as head coach and move into a “different role” in 2022, but Patterson felt that it was best for both parties for him to leave immediately.

TCU’s current special assistant to the head coach, Jerry Kill, will step in as interim head coach for the rest of the 2021 season. Kill and Patterson were best men in each other’s weddings and self-proclaimed “best friends.”

In his time as head coach, Patterson led TCU to 18 bowl appearances, 11 bowl wins, 10 seasons of 10-plus wins, and a nationally-renowned status that was unthinkable when he arrived.

“Under his [Patterson’s] leadership, TCU has become a nationally recognized brand name in football and in collegiate athletics,” Donati said.

While Patterson’s resume would have made this decision almost unthinkable prior to this season, TCU is currently sitting at ninth in the Big 12 standings with a disappointing 3-5 record in a year many around the nation felt the Frogs had the talent to compete for a conference championship.

Patterson has yet to release any sort of statement, but TCU cornerbacks Noah Daniels and Tre Tomlinson made their thoughts on the move clear right away via Twitter.

Donati also made it clear that Patterson will help in “the transition,” but it is unknown at this time if the former head coach will have input on who the program hires to be the next official head coach.

As of now, SMU head coach Sonny Dykes is reported to be the front-runner as Patterson’s successor. The Mustangs, who defeated TCU 42-34 earlier this year, are currently 7-1 and ranked No. 23 nationally.

Under the leadership of Kill, the Frogs have four more regular season games remaining in 2021, starting with No. 14 Baylor at home this Saturday at 2:30 p.m.