TCU football looks to keep rolling at No. 10 Oklahoma State 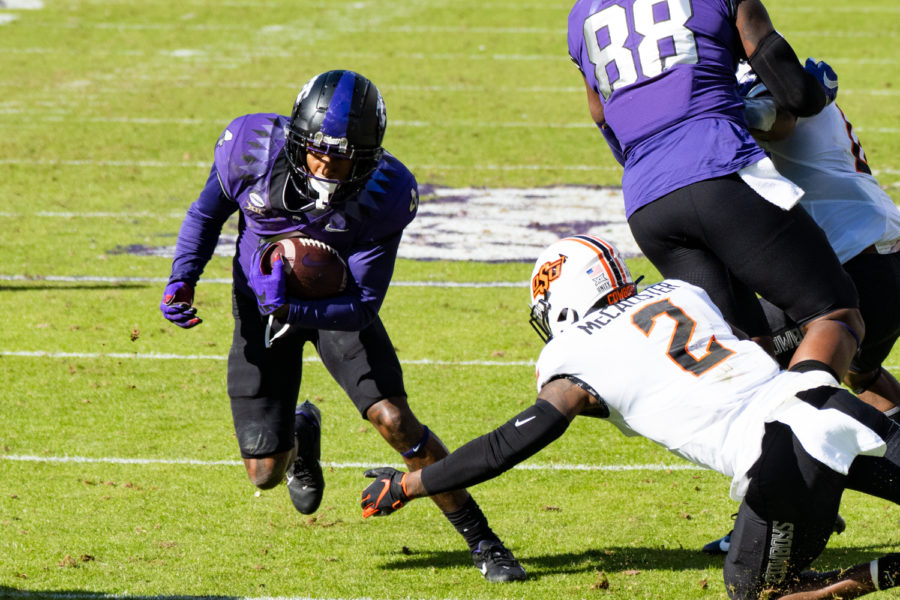 Football fans are happy in Fort Worth, as TCU is coming off of a home win over No. 12 Baylor last Saturday, but another ranked opponent awaits the Frogs this weekend.

Oklahoma State currently sits at No. 10 in the College Football Playoff Rankings, and TCU will take them on at their home field this weekend in Stillwater, Oklahoma.

TCU is 13-13-2 all-time against Oklahoma State since 1922 and is 4-5 since joining the Big 12 in 2012. TCU won the matchup last year 29-22 after holding the Cowboys to six points after halftime, despite turning the ball over five times.

Here’s what to expect from the Cowboys this weekend:

Adding injury to insult, TCU interim head coach Jerry Kill says running back Zach Evans is not likely to play on Saturday, and running back Kendre Miller is questionable with a rib injury.

“We’ll definitely have a plan to make sure we have a little bit of depth there, but we won’t have a whole lot of depth,” Kill said.

Linebacker Malcolm Rodriguez is the leader of the Oklahoma State defense. The fifth-year senior has seen his role grow within the unit and he already passed his number of total tackles from last season. So far this season, he ranks 12th in FBS in tackles per game 9.7 and has totaled 8.5 tackles for a loss.

The Cowboys may have survived by their stifling defense so far this season, but having Spencer Sanders as starting quarterback for the third year brings experience and consistency to the offense.

“Spencer [Sanders] is throwing the ball well,” Oklahoma State head coach Mike Gundy said. “I feel that we’ve got enough maturity and leadership from our guys to stay focused and practice hard and continue the things that have got us to this point.”

Sanders and the Oklahoma State offense averaged 28.8 points per game, seventh in the Big 12, which is not much of an issue as their defense allows just 16.3 points per game. Expect to see the Cowboys’ offense try to control the pace of play with their running game, allowing the defense to continue to dictate the outcome of games.

Running back Jaylen Warren leads Oklahoma State in rushing with 928 rushing yards (fourth in the Big 12) and seven rushing touchdowns.

The Frogs kick off against the Cowboys on the road this Saturday at 7:00 p.m. on FOX.