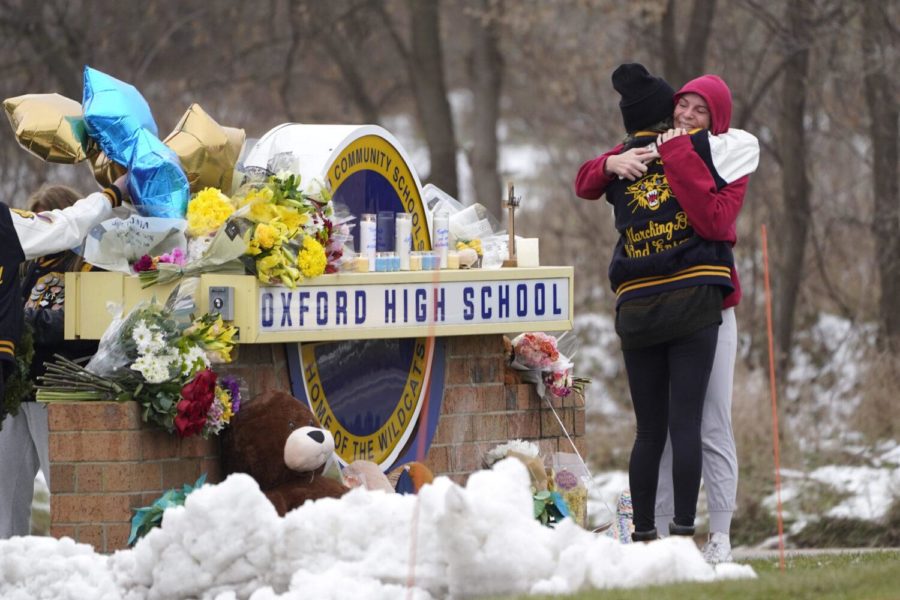 School shooter in custody after killing four, injuring seven others

A 15-year-old who shot and killed four students and injured six students and a teacher at a Michigan high school was charged Wednesday and remains in custody.

Ethan Crumbley, a sophomore at Oxford High School in Pontiac, Michigan, faces 24 felony counts, including first-degree murder and terrorism charges, according to the New York Times. If convicted, he could be sentenced to life in prison.

Video shows Crumbley leaving a school bathroom and shooting students with a semiautomatic handgun in the high school hallway before being apprehended. Law enforcement who reviewed the footage said the targets “appeared random.”

Prosecutor Karen McDonald said Crumbley’s actions were “absolutely premeditated” and chose to charge him as an adult. She is also considering charges against the suspect’s parents, who bought Crumbley the gun used in the shooting and met with school officials the morning of the shooting about his behavior in the classroom.

Defense attorney Scott Kozak entered a plea of not guilty, according to The Associated Press.

The shooting was the 28th and deadliest shooting on school property in the United States this year.

Health officials confirmed the first United States case of the omicron COVID-19 variant in San Francisco, Calif. on Wednesday, according to the L.A. Times.

The patient, who is fully vaccinated with mild symptoms, returned to California from South Africa on Nov. 22. The Centers for Disease Control and Prevention stated the patient is self-quarantining and that close contacts have tested negative.

The omicron variant is now circulating in nearly two dozen countries. Although little is known about its transmission and vaccine resistance, the variant is considered a “very high” public health risk by the World Health Organization.

In response to the detection of the variant, the Biden administration urged Americans to get vaccinated and receive a booster shot if eligible.

President Biden will also extend the requirement that travelers wear masks when using public transportation, according to the New York Times. The mask mandate was set to expire on Jan. 18 but will continue as part of the administration’s response to the omicron variant. 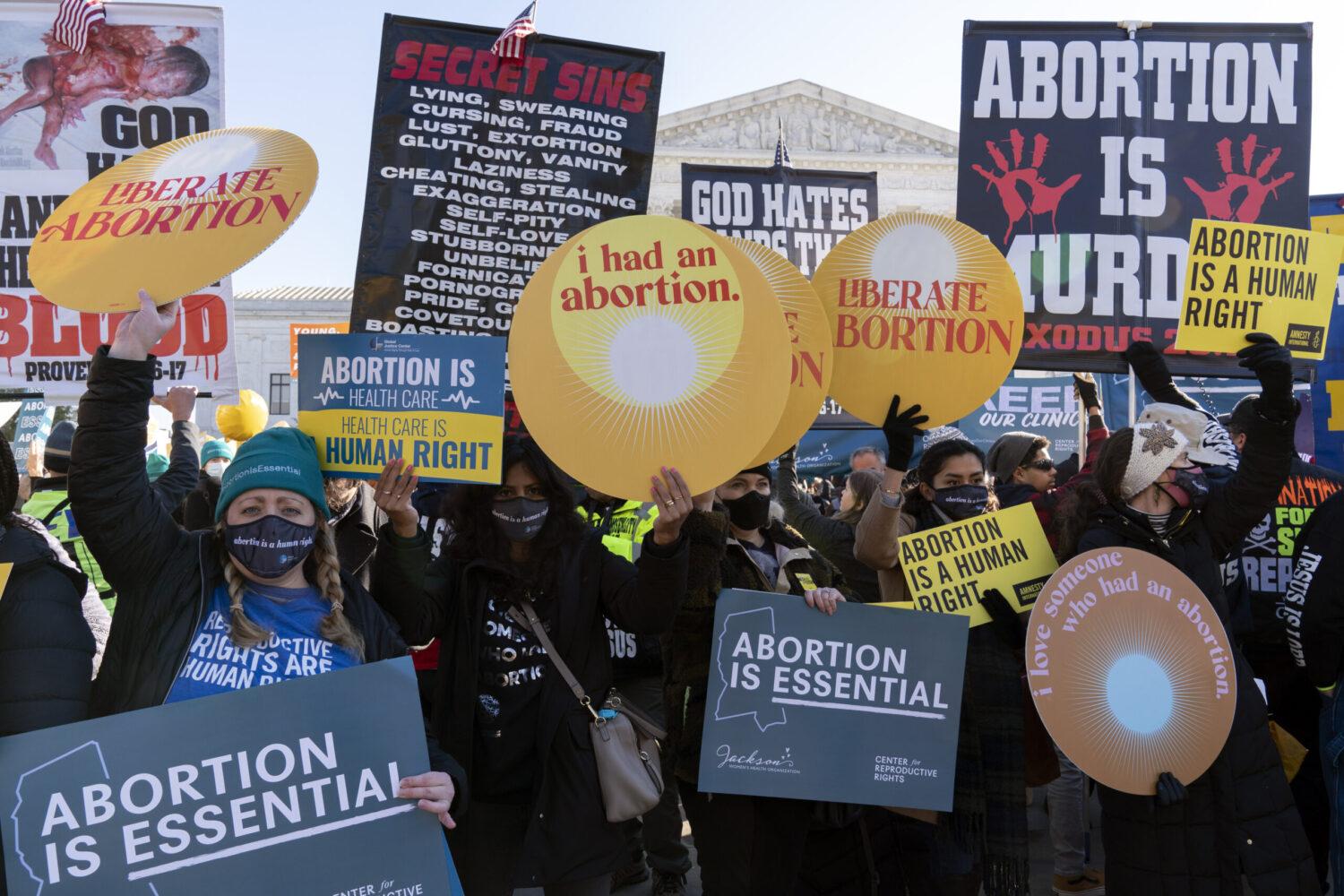 Anti-abortion and Abortion rights advocates demonstrate in front of the U.S. Supreme Court Wednesday, Dec. 1, 2021, in Washington, as the court hears arguments in a case from Mississippi, where a 2018 law would ban abortions after 15 weeks of pregnancy, well before viability. (AP Photo/Jose Luis Magana)

The fate of Roe v. Wade is in question as the six conservative-leaning justices on the U.S. Supreme Court signaled they are prepared to uphold the Mississippi law banning abortions after 15 weeks of pregnancy, according to AP.

Chief Justice John G. Roberts Jr. was the only justice to advocate for a narrow decision as he suggested support for a ruling that would uphold the law without explicitly overturning precedent cases Roe v. Wade and Planned Parenthood v. Casey.

However, Justices Brett Kavanaugh, Samuel Alito and Amy Coney Barrett said precedence does not require them to uphold rulings that misread the U.S. Constitution, according to the L.A. Times.

This is the most significant challenge to Roe v. Wade since the ruling took place in 1973, as three Trump-appointed justices have shifted the court to a conservative majority.

The court’s three liberal justices said ruling against precedent would damage the court’s legitimacy in the public view.

“Will this institution survive the stench that this creates in the public perception that the Constitution and its reading are just political acts?” Justice Sonia Sotomayor said.

The justices will cast votes at a private conference on Friday morning. The decision is not expected until next June.

Stacey Abrams will campaign a second time for Georgia governor 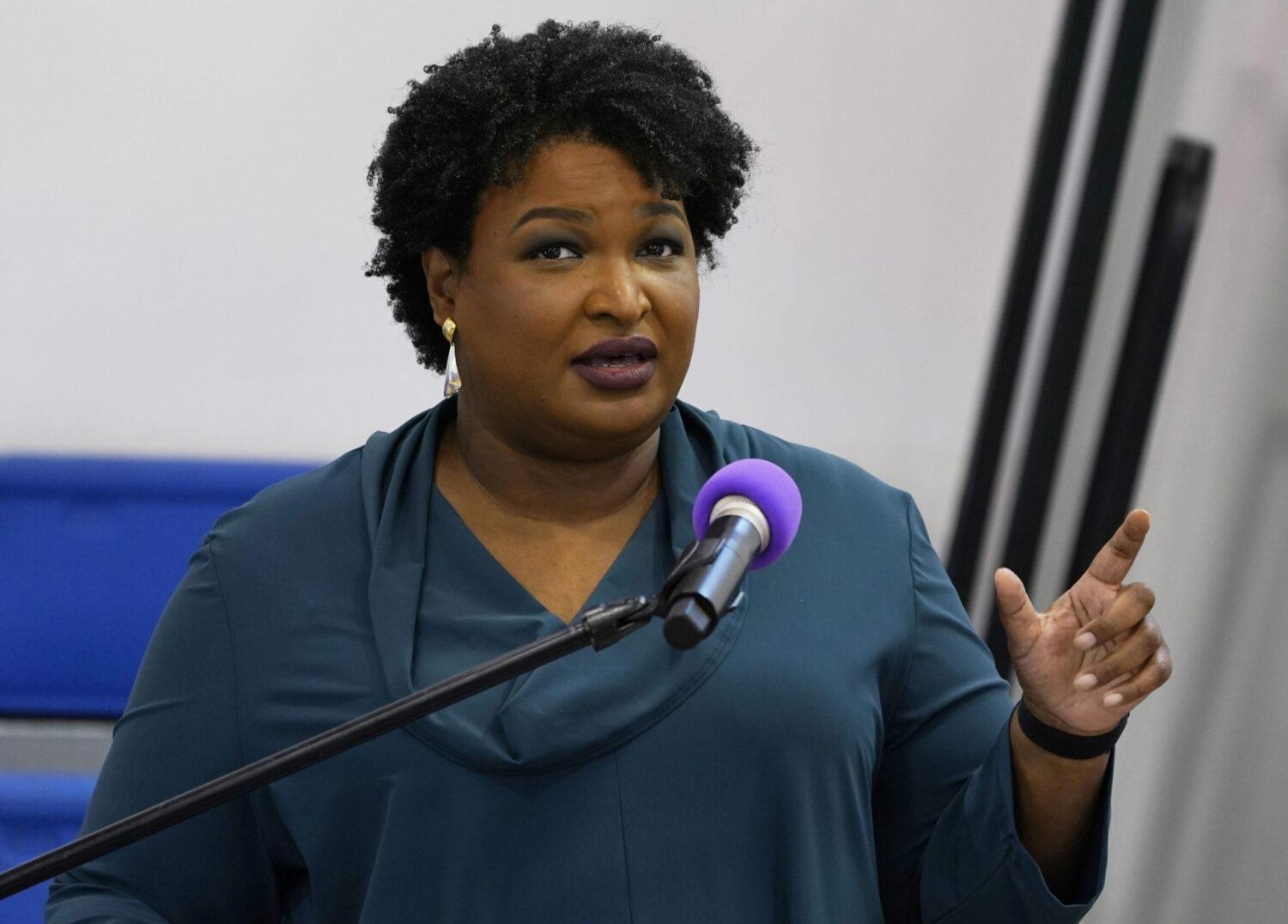 Stacey Abrams speaks during a church service in Norfolk, Va., Sunday, Oct. 17, 2021. A political organization led by the Democratic titan is branching out into paying off medical debts. Fair Fight Action on Wednesday, Oct. 27 told The Associated Press that it is donating $1.34 million from its political action committee to wipe out debt owed by 108,000 people in Georgia, Arizona, Louisiana, Mississippi and Alabama. (AP Photo/Steve Helber)

Stacey Abrams, a 47-year-old Georgia Democrat and noted voting rights activist, launched her second campaign for governor on Wednesday, according to AP.

If elected, Abrams would become the first Black female governor in the United States.

In a video posted on social media, Abrams announced her candidacy and set her platform of economic equality and expanded health care access, according to the Atlanta Journal-Constitution.

“Opportunity and success in Georgia shouldn’t be determined by your ZIP code, background or access to power,” Abrams said in the video.

However, the 2022 contest is not guaranteed to be a rematch between those two candidates: Trump, who campaigned for Kemp in 2018, has since retracted his support and encouraged other Republicans to run against him.

Abrams can expect unified Democratic support as no other credible candidate has entered the race and her 2018 campaign garnered a national media presence.