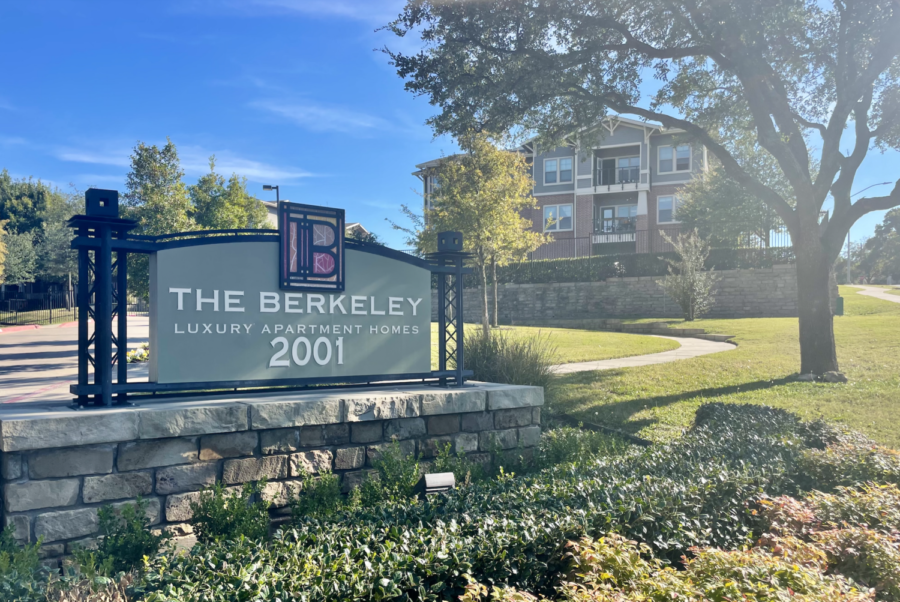 The Berkeley Apartments are located near campus. (Kyla Vogel/Staff Writer)

As most sophomores know their time living on campus is coming to an end, many are scrambling to sign leases, though the director of Housing & Residence Life has urged students to be thoughtful when making their decision.

This year’s record-breaking first-year class has already pushed them out of the Campus Commons. The housing crunch exacerbated by 2,560 first-year students means most of next year’s juniors and seniors will be renting a house or apartment off-campus.

Students have strategies for finding housing, but TCU officials caution them to move slowly when it comes to signing leases.

“Friends and priorities change over time,” said Craig Allen, director of Housing & Residence Life. He said students might feel pressured by friends and landlords to sign leases in the fall, but that waiting until spring might be best.

Local apartment complexes such as The Berkeley Apartments, Liberty Lofts, Loft Vue, University House and Grandmarc all have vacancies well into the spring, he said.

“If everybody just slowed down, I believe there would be plenty of availability,” Allen said. “So many people rush and it gets them into sticky situations.”

Other students opt for houses. Many properties are already listed and some rented for next fall.

Nicole Kim, a junior communication major, signed a two-year lease at the beginning of her sophomore year and recommends others do the same. “If you are looking for a house in a high-demand area around campus, take action sooner rather than later.”

Junior communication major Jett Wright agreed with Kim, saying he “got lucky” when finding his house. “Everything that was in walking distance to campus was snatched up,” he said.

To avoid chaos, Wright recommends staying on top of things such as touring and getting in contact with landlords.

Allen, however, warns students against signing two-year leases. “Whether it be studying abroad, failing out of school or friendship issues, there are always unexpected obstacles,” he said.

The Housing and Residence Life office, located in P.E. Clark Hall, has a variety of resources for students looking for homes off campus.

“We provide students with some tools to assist them in finding a place that will maximize their enjoyment in their new living experience,” according to the website.

The off-campus housing brochure gives students an idea of what living off-campus looks like.

Associate Director of Housing Mindy Hollan said students preparing to move off campus should carefully consider their budget. Hollan said there are many new costs of living to consider such as rent, utilities, cable, internet and groceries.

Kim said the cost of living adds up fast.

“Along with the majority of students, I never had to pay bills for a house until now, so just be cautious of running the water and leaving the lights on when you don’t need them,” Kim said.

Kim advises students to first think about what is important to them in a house. “Being close to campus, living in a safe area and having a personal bathroom were all things I looked for when beginning my search.”

“It is a trial and error process,” said Wright.

The TCU Announce page is full of off-campus listings only accessible to current TCU students, faculty and staff.