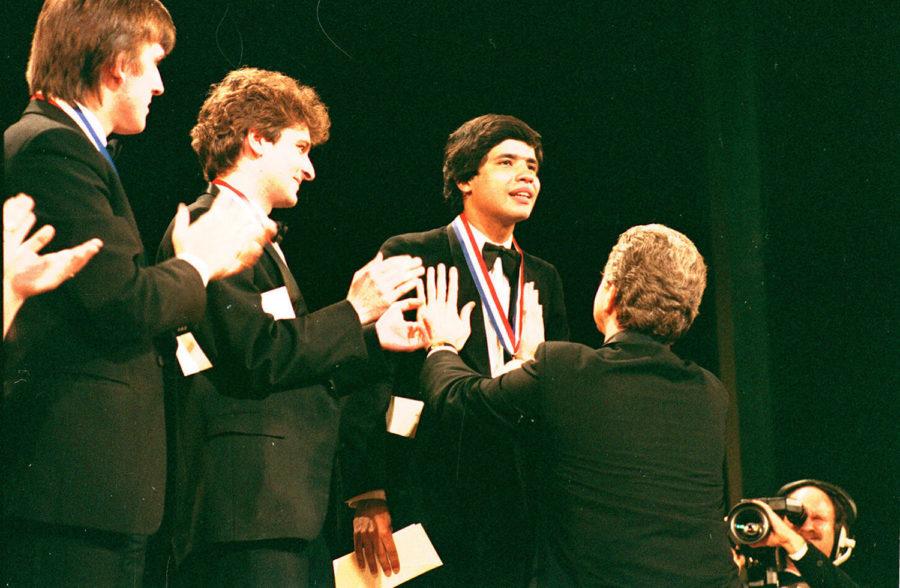 The Van Cliburn competition — on hiatus for a year due to COVID-19 — will return to TCU’s campus this spring as young pianists from across the globe come to Fort Worth to showcase their skills.

Beyond its unconventional timeline, many aspects of this year’s competition will stray from tradition.

Van Cliburn wearing Shady Oak cowboy hat presented to him by Amon Carter a few months after winning the inaugural international piano competition in Moscow on Dec. 1, 1958. (Photo via University of Texas at Arlington Libraries)

Almost 400 digital applications were initially submitted from around the globe in October. A 34% rise from the previous competition, this application pool proves the global expansion of the Cliburn name.

Through January, the screening jury will review applications and narrow the group to 135 pianists. They will pick 72 competitors to travel to Fort Worth in March and perform live screening auditions. Typically held at venues across the globe, all screening auditions will now take place at TCU’s PepsiCo Recital Hall.

The auditions will provide another opportunity for the Fort Worth community to attend the competition. These rounds will take place from March 6 through March 12 and are open to the public for free.

Thirty pianists will be invited back to Fort Worth for the next rounds of the competition, taking place from June 2 through June 18.

Competitors will stay with a host family for the duration of the competition. Each house will have a piano for the artist to practice on, provided by Steinway.

Though many students do not have the ability to host a pianist for two weeks, there are countless other opportunities to become involved. From airport transportation, to shop volunteers, to ushers, students are welcomed and encouraged to be a part of the process. Individuals can also volunteer as social hosts by introducing competitors to Fort Worth culture.

“I would say that the biggest thing that sets us apart is Fort Worth because it’s maybe unexpected when you don’t know our world,” said Estes. “The audiences in Fort Worth are very warm. And that’s one thing that they always remark on.” 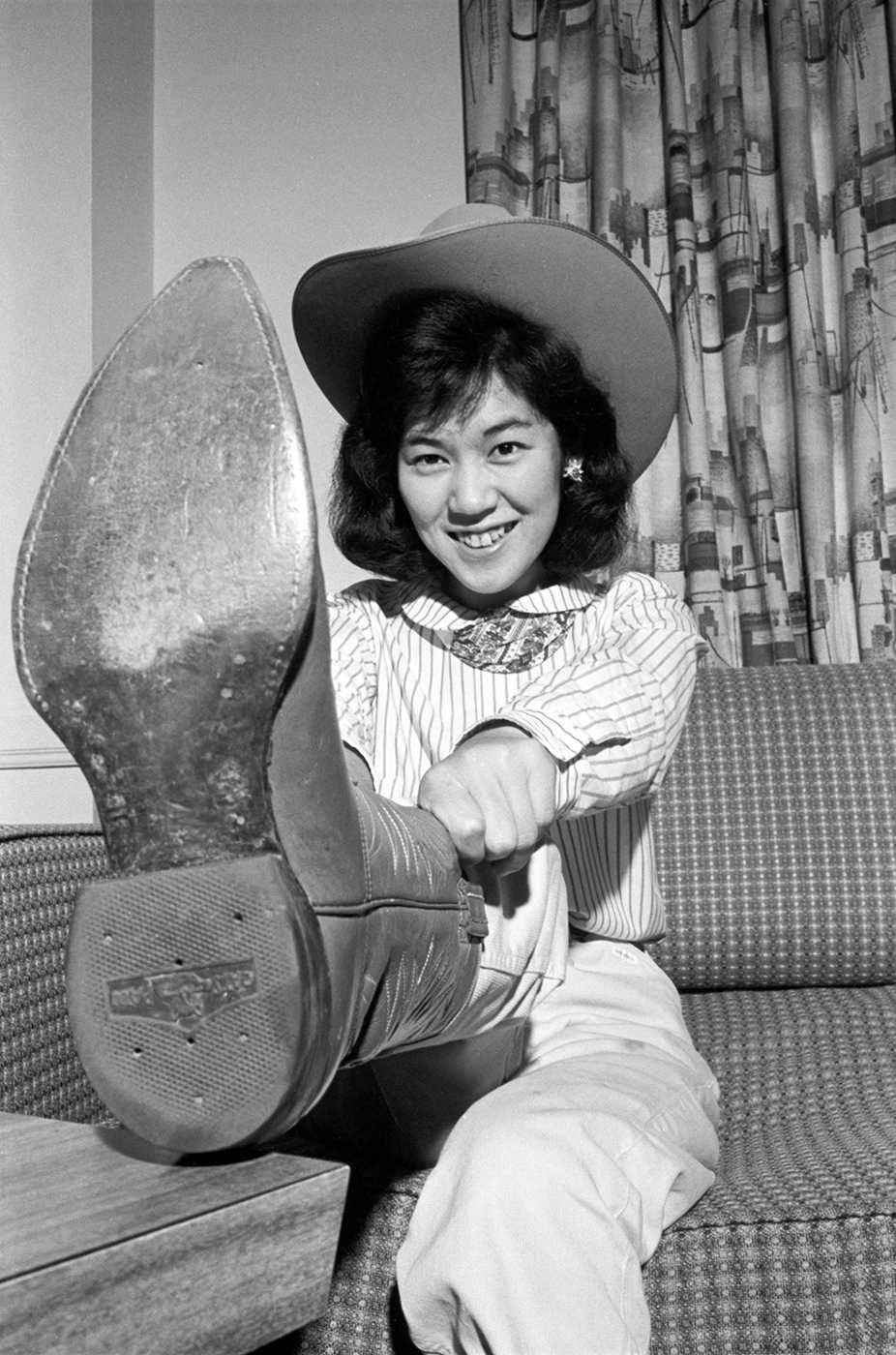 Miss Michiko Fujinuma, in Fort Worth to compete in the Van Cliburn piano competition, struggles into a pair of boots to complete a Western outfit provided by Mrs. Louis Bonnelli. The Japanese musician asked on arriving here if she could see some cowboys while in Texas. (FWST photographer Harry Cabluck)

The Cliburn aims to launch careers, but also follow up personally with competitors. Many of the pianists return to Fort Worth in later years to visit their host family.

The preliminary and quarterfinal rounds are set at TCU’s Van Cliburn Concert Hall for the first time in the program’s history. Filled with 750 seats, the hall will host two rounds of solo piano recitals. The rounds took place in Bass Performance Hall prior to this year.

The semifinal and final rounds will take place at Bass Hall, where pianists will later be joined by an orchestra. Early plans for this hall were created after the 1978 Cliburn competition, when the city acknowledged that existing performance venues had major acoustic defects.

This year, TCU will play a greater role in the competition than ever before. If not volunteering, students can watch, listen and be a part of the Fort Worth crowd that makes the competition so special.

Estes explained that the competition is a “cultural celebration,” and that the pianists were like “superhumans.”

“It’s just a really unique experience,” said Estes. “And it’s only every four years, so taking advantage of that while they’re here is really great.”

The Van Cliburn International Piano Competition is a chance for the TCU community to witness some of the world’s top pianists. Van Cliburn’s legacy is carried on in the city of Fort Worth, though the character of Fort Worth impacts Cliburn competitors just the same.