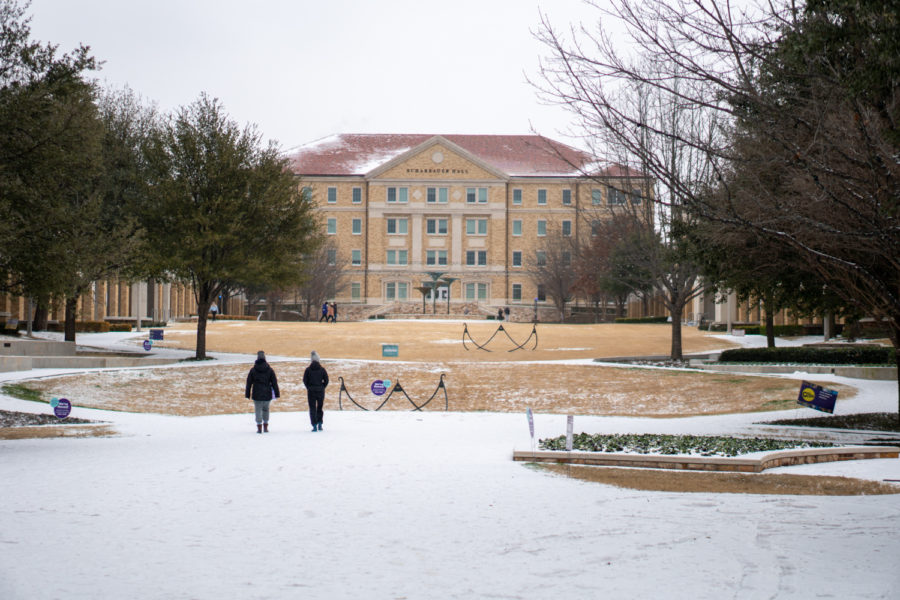 TCU's campus was closed for a week in February 2021 due to a winter storm. (Esau Rodriguez Olvera/Head Staff Photographer)

By Tristen Smith and Michael Niezgodzki

With freezing conditions and snowfall on the night of Feb. 2, TCU closed all campus activities for Feb. 3 and 4.

Unlike last year, this allowed students to enjoy a prolonged weekend, without any worry of attending class in person or online.

Some students said that the winter storm was much less stressful than last year’s because they weren’t worried about losing power and water this time around.

“We have power and water, so better than last year I guess,” joked Hannah Jungels, a first-year nursing major and Texas native.

With freezing temperatures and snow, driving conditions were unsafe, resulting in a lot of students hanging out on campus. Icy roads were a major problem for not only TCU, but the whole state of Texas.

“I am from Denver, so the snow is nothing new to me,” said first-year graphic design major Reagan Oates. “It’s just so much fun to hang out with my friends and have a snowball fight.”

From snowball fights to a game of football, everyone was out and enjoying the snow.

“I got to get up this morning and play some football, and we have more fun activities planned for later today,” said first-year pre-major Drake Turner. “It’s gonna be a great day.”

“I’ve got my skis on and I’m rocking out,” said sophomore environmental science major Vince Tortelini. “I’m from New Jersey. You guys can’t drive in this – I thrive in this!” 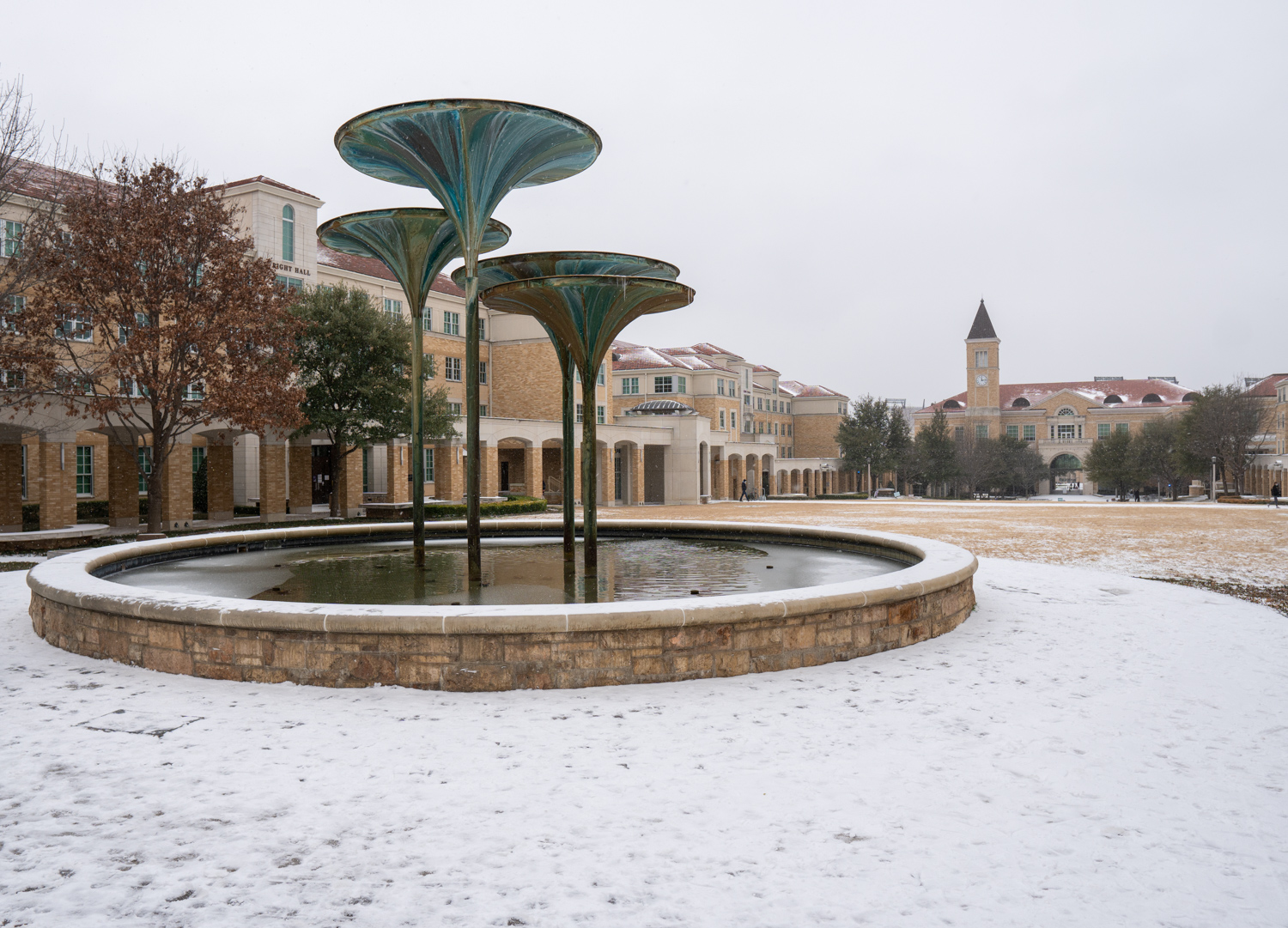 “I am from Southern California, so I have never experienced anything like this,” said pre-major first-year student Max Dijon, Turner’s friend and classmate. “It is like a winter wonderland out here.”

With some TCU students unfamiliar with the snow and others accustomed to these cold conditions, the two days of class cancellations allowed students to relax, catch up on school work and enjoy a little break at the start of the spring semester.