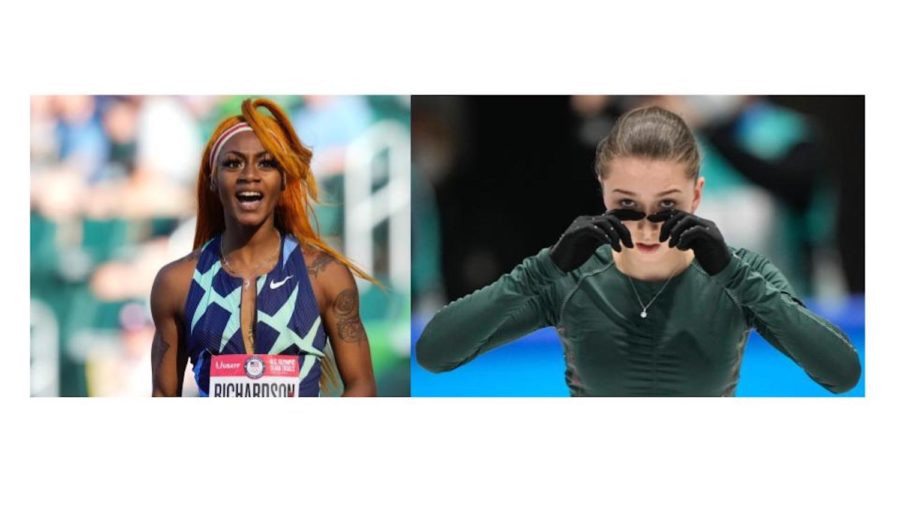 Sha’Carri Richardson (left) was banned from participating in the Tokyo Olympics for a positive cannabis test. Kamila Valieva (right) tested positive for a performance-enhancing drug, but was cleared to continue competing in the Beijing Olympics. (AP Photo)

After Russian figure skater Kamila Valieva was cleared on Monday to continue competing at the Beijing Olympic games despite testing positive for a banned substance, American sprinter Sha’Carri Richardson vocalized her frustration with the decision. She compared it to when she was barred from competing in the Tokyo summer games because she tested positive for cannabis, according to Reuters.

Richardson questioned why the results of Valieva’s test were brought up during the games when the test was done in December, whereas Richardson’s test results surfaced within a week, which was before she had the chance to compete. Richardson also pointed out that she did not test positive for any performance-enhancing drugs, unlike Valieva.

After the result, Richardson took to Twitter to express her frustration, saying the only difference between her case and Valieva’s is the color of their skin. Richardson’s agent was not able to be reached for comment.

While Valieva can still compete, there will be no medal ceremony for the women’s singles event if she places in the top three. 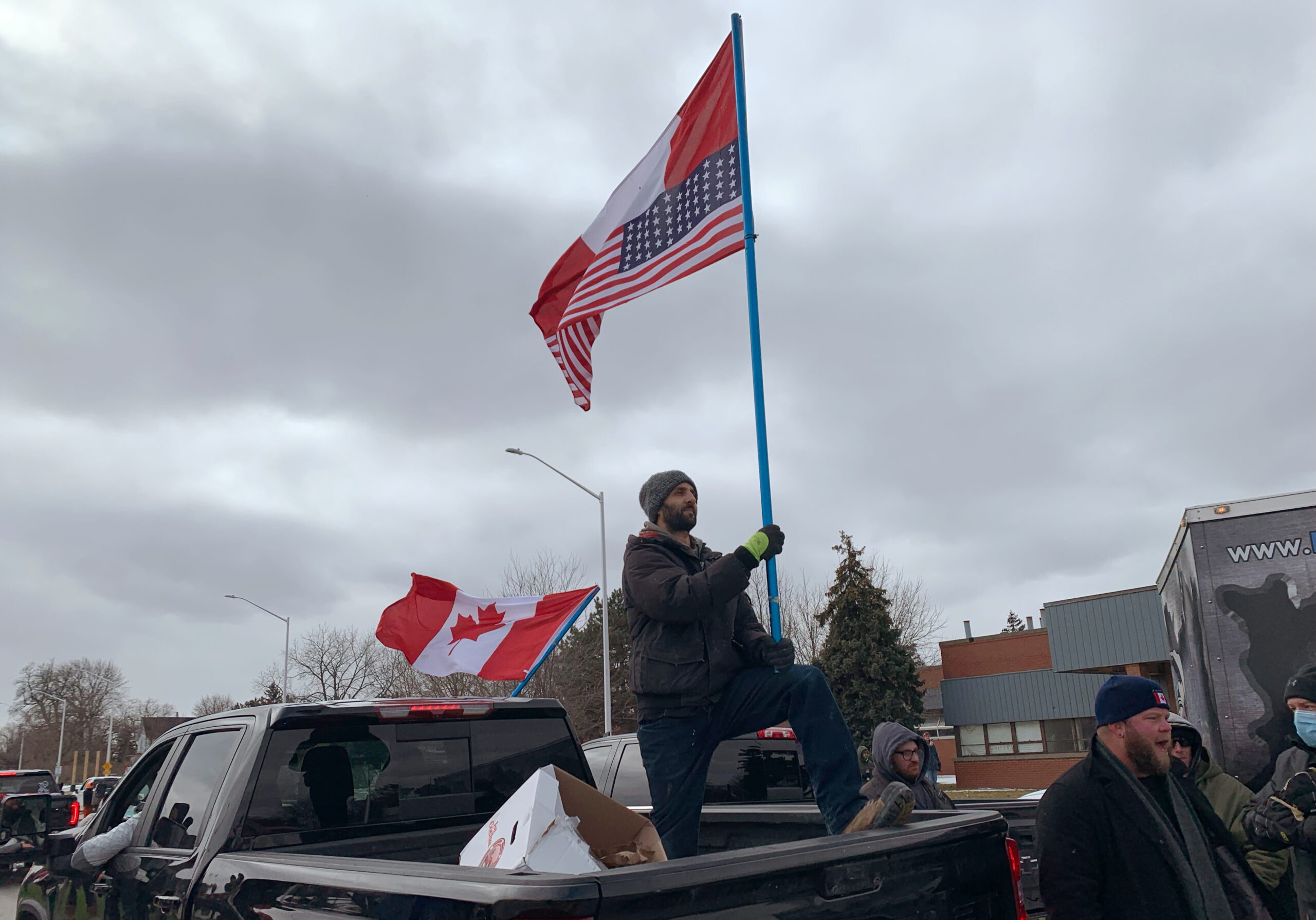 A protester waves Canada and U.S. flags in the backup of a pickup truck as police in Windsor, Ontario, moved protesters away from the entrance to the Ambassador Bridge, which has been blocked this week to Detroit, Saturday, Feb. 12, 2022. (AP Photo/Mike Householder)

Following protests from the self-named “Freedom Convoy” at the U.S.-Canadian border, Prime Minister Justin Trudeau decided to invoke the Emergencies Act. The law allows police more tools to bring order to areas where public assemblies can escalate to illegal and dangerous activities, according to the Washington Post.

Critics of Trudeau’s action said the use of the act was unjustified and should not be normalized. They said it would give the government broad powers, such as freezing financial accounts without court orders, which would threaten democracy and civil liberties.

The protests started in late January in Ottawa and have spread across the country, eventually blocking many U.S.-Canada border crossings. These blockages disrupted U.S. supply chains and affected millions of dollars in trade.

Trudeau let the protesters stand their ground for a little over a month, but he changed his attitude recently, saying the protests have gone on too long and it’s time for people to go home. He intends to have officials act quickly and on specific targets to quell the opposing groups. 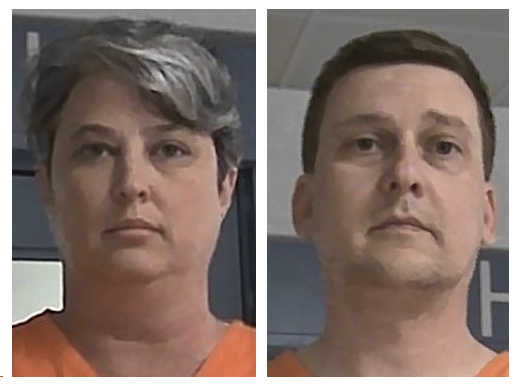 Jonathan Toebbe, 43, pleaded guilty to sharing information on American nuclear-powered warships to someone who was supposed to be from a foreign government. It was actually an undercover FBI agent, according to ABC News.

Toebbe, a Navy nuclear engineer, pleaded guilty in federal court to a sentence ranging between 12 and 17 years in prison. He was arrested with his wife, Diana, who he said he conspired with to pass classified information on to “injure the United States.”

Toebbe began conspiring with foreign countries in April 2020 by sending packages of Navy documents to other countries with the intent to sell them. The package was caught by the FBI, which began the investigation and undercover operation.

Toebbe’s wife is accused of acting as a lookout during several drop-off missions. She has pleaded not guilty and the investigation into her is still pending. 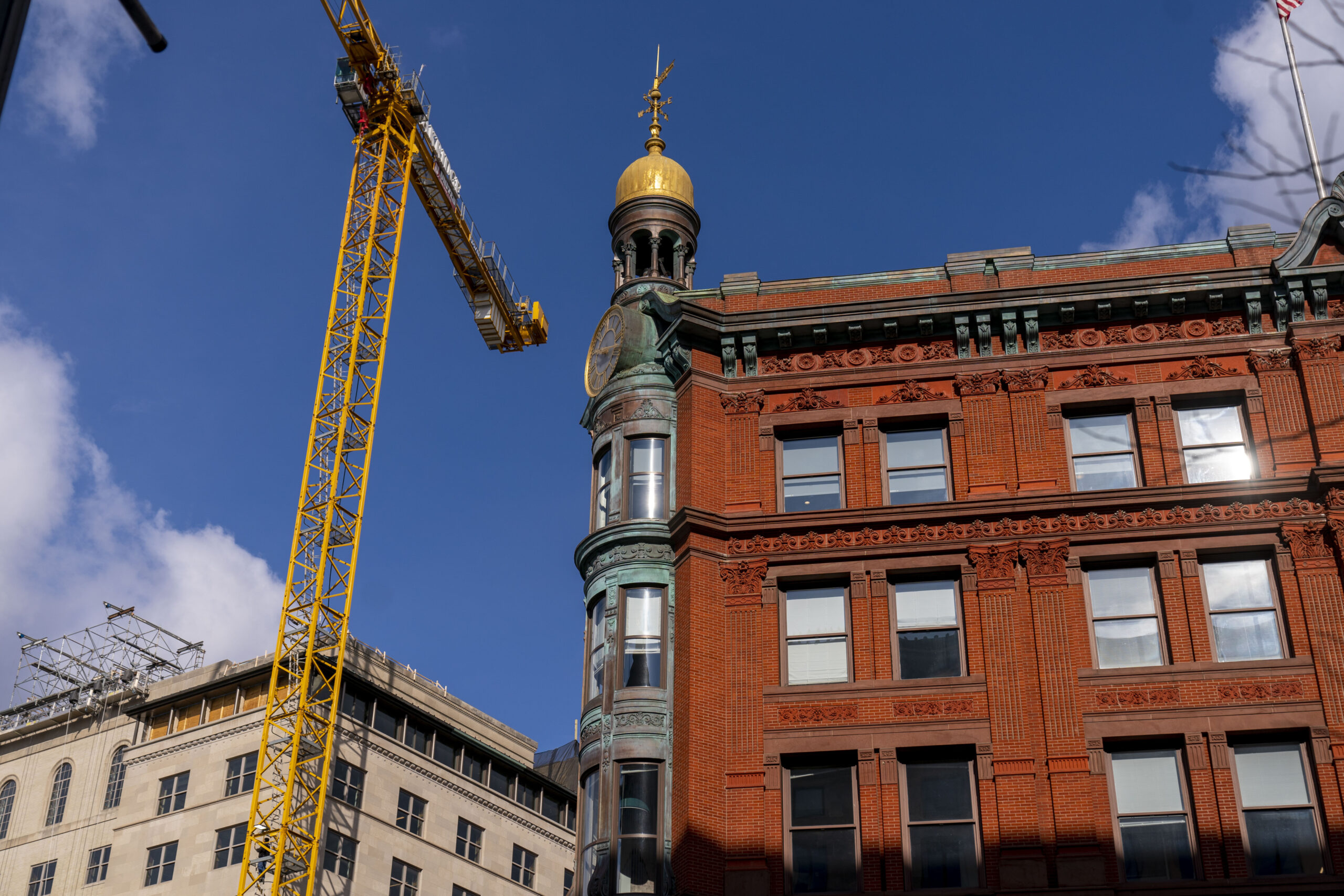 A construction crane that was climbed by a father of a Parkland shooting victim at 15th Street and Pennsylvania Avenue in Northwest across the street from the White House, in Washington, Monday, Feb. 14, 2022. (AP Photo/Andrew Harnik)

On the four-year anniversary of the Parkland High School shooting where 17 students were killed, the families and gun control advocates met near the White House to show their disapproval of Biden’s lack of action on gun policy.

The father of one of the teenagers who died at the school, Manuel Oliver, climbed up a 150-foot crane. He let down a sign that had a photo of his son and criticized Biden for gun deaths during his term in office, according to AP News.

The father had tweeted a video, where he said he had asked for a meeting with Biden, but never got one. He, along with two other protesters, was taken into custody and accused of breaking into a construction site and scaling the equipment.

Oliver said he acted in an effort to bring attention to gun violence.