Bingo in the Park builds relationships with people who are homeless 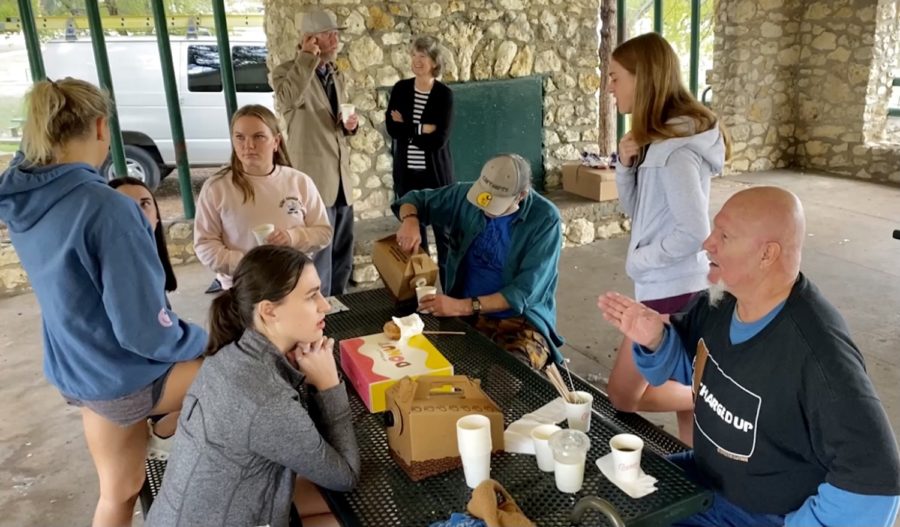 TCU students build relationships with people in Fort Worth who are low-income or experiencing homelessness every Friday morning. October 23, 2021. (Staff Photographer: Leah Bolling)

For nearly one year, TCU students have gathered under a pavilion at Oakland Lake Park on Fort Worth’s east side to play bingo, build relationships and empower people who are homeless or low-income.

Volunteer students and other volunteers are there every Friday morning with coffee, donuts and bingo boards. For an hour and a half, they laugh, tell stories and enjoy each other’s company.

Bingo in the Park is an offshoot of Bingo and Bagels, a program created by The Net which lasted several years. When The Net decided to focus solely on anti-trafficking, TCU students continued the bingo fellowship. Now, there are roughly 32 students and approximately 20 non-TCU members in the group.

Read more: The power of Bingo brings the community together

“We didn’t want to lose our friendships with these people [from The Net’s program] and leave them hanging, so we decided to take it over and turn it into a TCU club,” said Josie Schoonover, a junior criminal justice major. Shoonover was previously an intern for The Net and is a Bingo in the Park founder.

Michael Bradford, a non-TCU member, said he enjoys the camaraderie.

“I can count on them every Friday,” Bradford said. “The only time I associate with people is here, unless I have to go to the doctor or whatever, but it’s something I want to do on my own because I enjoy doing it because of these folks.”

The club’s meaning is mutual between students and non-TCU members, said Peter Donaldson, a senior political science and international business major who co-founded the group. Donaldson has also interned for The Net.

“We’re both walking together, we’re both learning together and we’re both having an impact on each other, which is really really special,” Donaldson said. “The hope is to empower people to know their value and worth, and feel that sense of hope.” 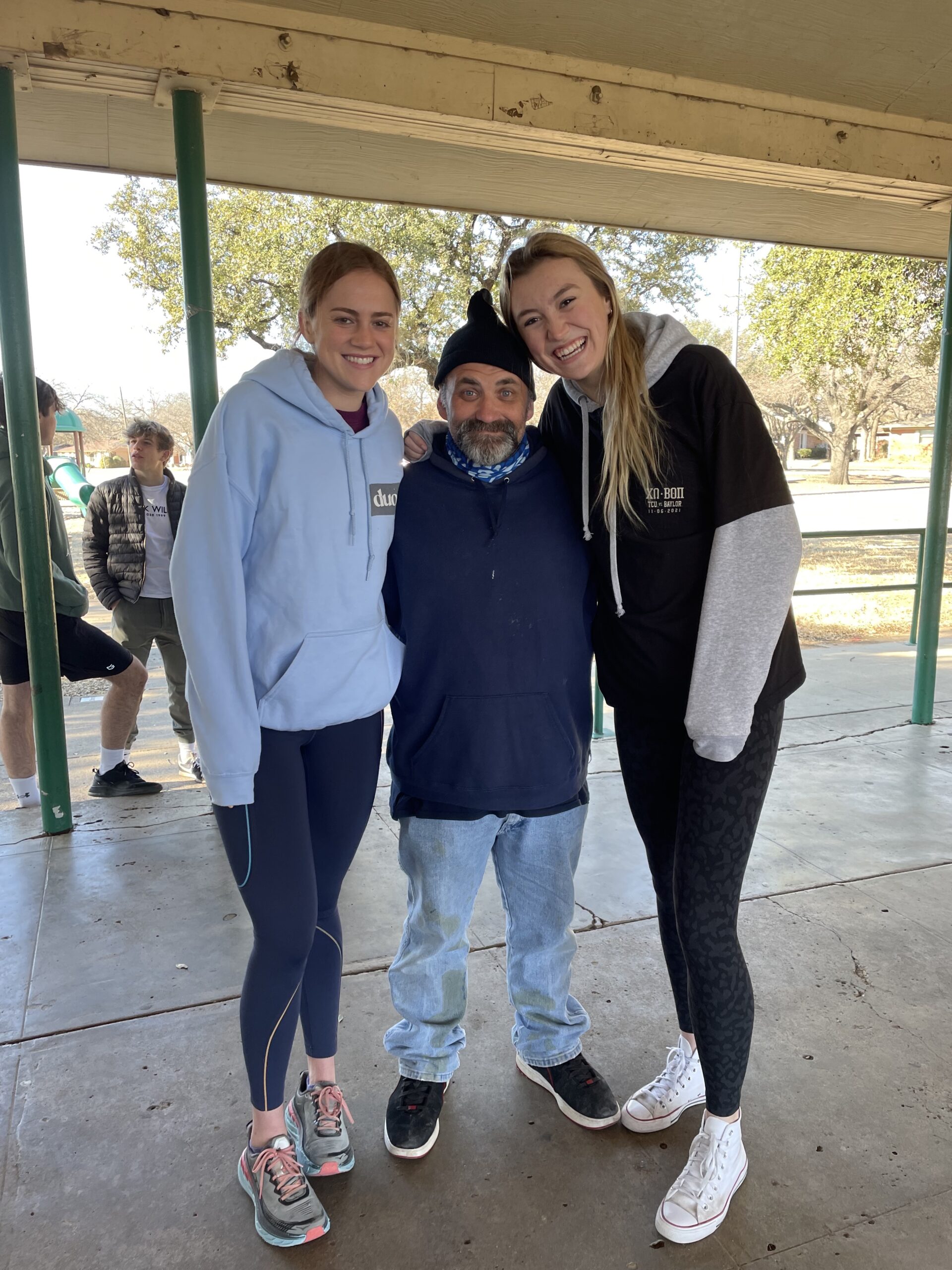 John Turner was a member of The Net’s program years ago but has recently begun helping TCU’s club. Turner said the students are his life.

“This isn’t a club, this is a family,” Turner said.

Schoonover said it was interesting that Turner returned after years of being gone.

“So that was just kind of cool that he found us again […] but then also that he has such good memories and can look back on that [The Net] and share how that’s impacted him, but then how he’s being impacted now,” Schoonover said.

As the members continue to build their relationships, the club’s effect furthers with bingo prizes.

“We play three rounds of bingo,” Schoonover said. “Each round, whoever wins of our friends experiencing homelessness, they get a $10 gift card to Walmart.” The organization also gives bus passes to members who need a ride to the park each Friday.

For students interested in the club, visit TCU Engage, Bingo in the Park’s Instagram or the club’s Linktree.