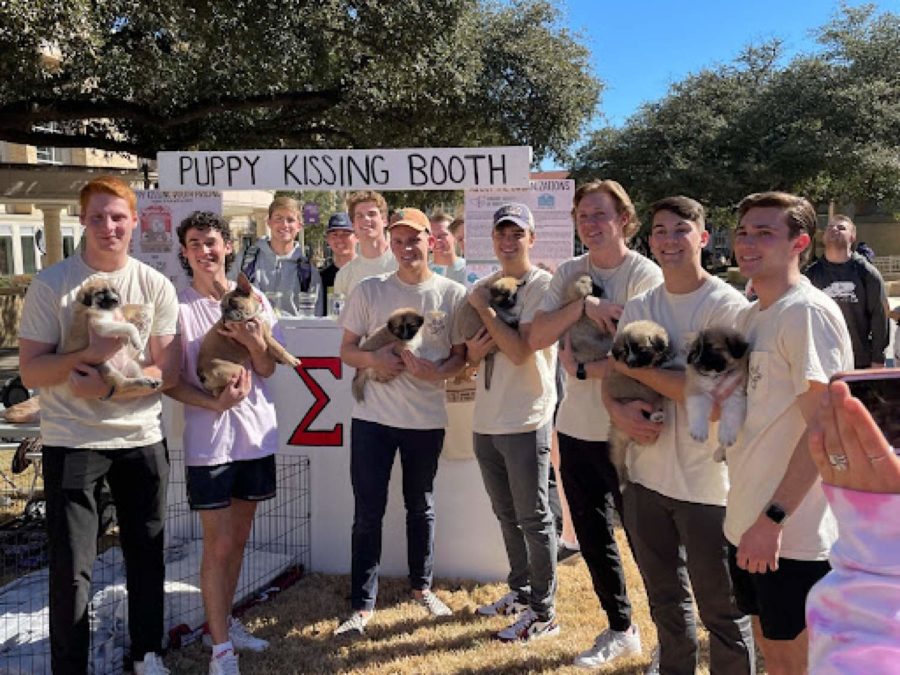 A TCU fraternity raised nearly $5,000 on Monday by adding a twist to the traditional kissing booth: puppy love.

Sigma Nu partnered with Saving Hope Animal Rescue to organize a philanthropy event that brought puppies to campus. Students donated to the animal rescue and then got to spend time with puppies at the booth. 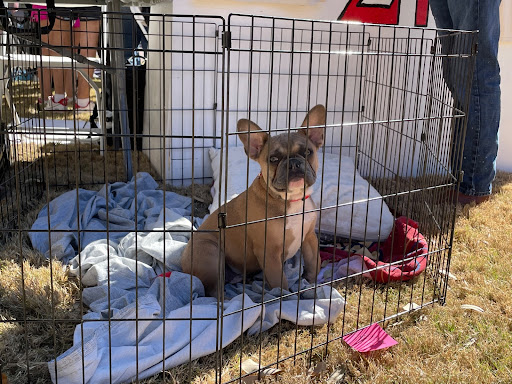 Aside from just playing with the puppies, there were other things students could get in exchange for a donation.

“We have shirts for $25, ‘puppuccinos’ for $10 and some raffles to win some gift cards,” said sophomore Sigma Nu member Braeden Larkin. “It’s our best event of the year and all the proceeds go directly to [Saving Hope].”

Students stopped by in between classes to hold and play with the puppies. The kissing booth was planned as an opportunity for students to take a break from classes and relax, while also learning about the local organization. 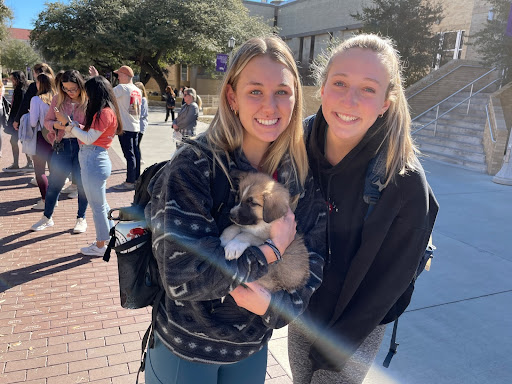 “It’s cool to see everyone out in between classes taking time to hang out with each other and see the puppies,” said first-year political science major Claire Chahbandour.

The puppy booth is an annual event that Sigma Nu hosts. Signma Nu held the event in Greek Village last year, but this year, the booth was set up near the Founders Statue on the academic side of campus so students could stop by more conveniently.

“We were excited to put [the booth] where there’s a lot more traffic because it’s more fun when more people are around,” said Richie Westphal, a Sigma Nu philanthropy board member.

This extra traffic allowed for more earnings from the event, which all went to the local rescue shelter. The event was posted on the fraternity’s social media page, but the event got many attendees simply from students spotting the booth on campus. 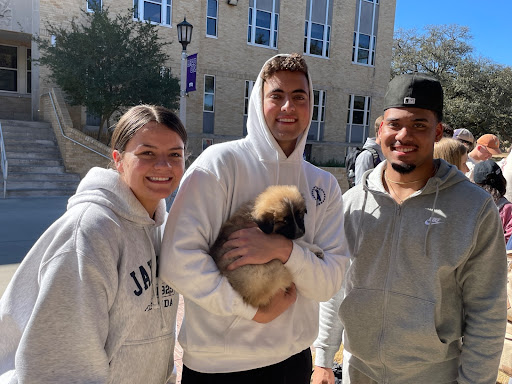 “Well, I was walking back from class and, uh, puppies. That’s the whole story,” said Chahbandour.

The fraternity organized the event with Saving Hope Animal Rescue to raise awareness for shelter animals in the DFW area. Later in the event, attendees were able to adopt the dogs that were at the event.

Sigma Nu Philanthropy Chairman Ash Harris was instrumental in the organization of the event.

“Ash Harris reached out to us to do a puppy party, and he really made it all happen,” said Hannah Rey, a volunteer at Saving Hope. “He told us where to put the puppies, and we brought them.”

Saving Hope Animal Rescue is a foster-based organization that works with animals to rescue and rehabilitate them with the hopes of getting them adopted. They also protect against animal abuse and neglect through owner education and care. Learn more about the organization through the website.