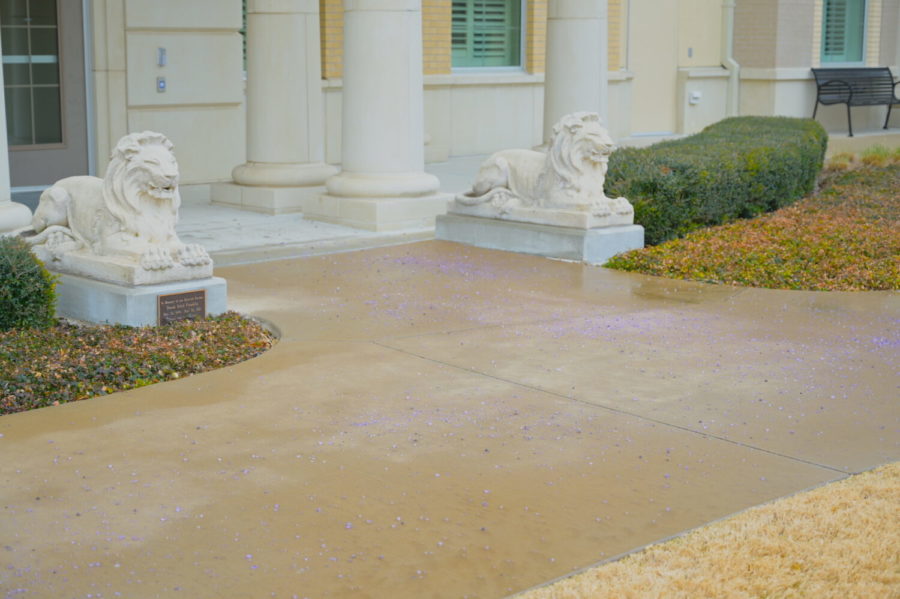 Due to inclement weather, TCU’s campus closed at 1 p.m. Wednesday, Feb. 23 and will remain closed until 6 a.m. Friday. But before the winter closure announcement, students were shocked Wednesday morning to find many on-campus dining locations already closed.

While there is no snow on the ground, ice is starting to form. TCU took the same precautions in regard to dining options as they did when campus was fully closed earlier this month. But there was no official announcement made about the dining closures. Many students found out via Instagram.

TCU decided to close all dining locations on campus except Market Square due to inclement weather. Before the afternoon announcement of a full campus closure, students made their way to class and some to on-campus dining locations in 20-degree weather, which felt like 11 degrees. Early morning precipitation started making roads and sidewalks slick.

Junior business major, Camron Dowlatshahi, said he was leaving class and was impacted by the wintery weather.

“I live seven minutes away from campus, so driving on some of the steep hills around campus felt unsafe because the ice was starting to build up. I had to wait 20 minutes for my windshield to defrost,” said Dowlatshahi.

After his 8 a.m. class, sophomore political science major Connor Parrish was surprised and disappointed by the dining closures.

Students had to check the TCU Dining services Instagram page to see the dining closures. A post made around 5 a.m., announced that all dining locations except Market Square would be closed due to inclement weather. TCU’s official Instagram posted the announcement on their story around 9 a.m.

TCU was concerned about properly staffing all dining locations on campus, which ultimately led to the decision to close many locations.

“Anytime in a winter advisory, we have great difficulty getting food service staff here. Two weeks ago, we lost 136 of about 150 people, so we could only open Market Square,” said Dr. Jude Kiah, assistant vice chancellor of student affairs.

Kiah, who was part of the decision to close dining locations, emphasized that they played it safe this morning.

“We had no idea how many people would show up this morning because of the weather, so we had no choice but to broadcast that we only had Market Square open,” said Kiah.

But unlike the snow closure two weeks ago, more staff showed up at other dining locations. Kiah said they were able to open three of the retail dining establishments later in the day, including Chick-fil-A, the Burnett Bistro, and Union Grounds.

Market Square and Union Grounds will close at 7 p.m. on Wednesday. Chick-fil-A and the Burnett Bistro are now closed. All retail locations will be closed Thursday to support staffing at Market Square. Market Square will open for brunch from 10 a.m. to 1:30 p.m. and for dinner from 5 p.m. to 7 p.m. Retail locations will reopen based on weather and staffing. Students can check for dining updates on TCU’s dining services Instagram page.