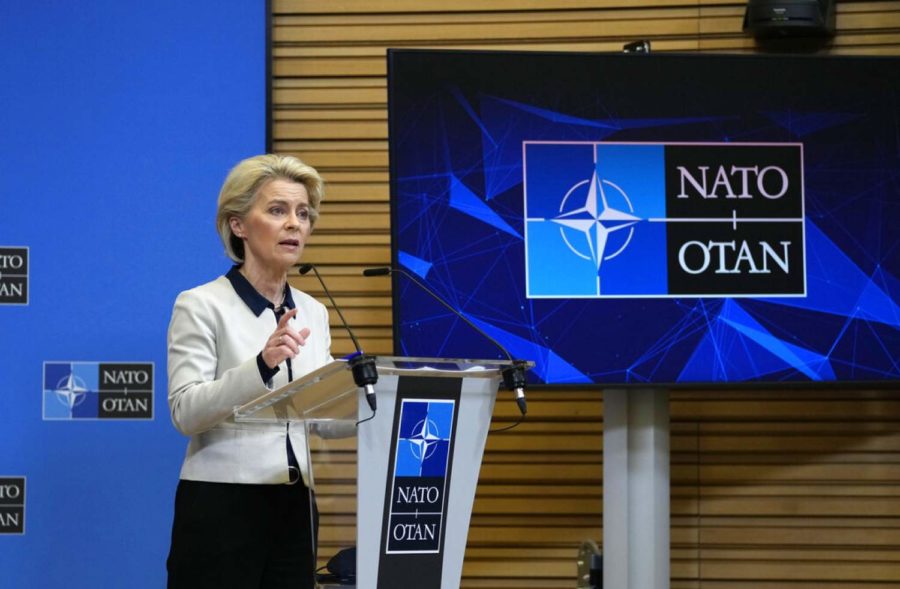 European Commission President Ursula von der Leyen speaks during a media conference at NATO headquarters in Brussels, Thursday, Feb. 24, 2022. Europe and Canada said Sunday, Feb. 27, they would close their airspace to Russian airlines after Russia’s invasion of Ukraine, raising the pressure on the U.S. to do the same. “We are shutting down the EU airspace for Russians,” said European Commission President von der Leyen. (AP Photo/Virginia Mayo, File)

EU, Canada ban Russia from ‘easiest routes’ in the sky

The European Union announced Sunday that it is banning Russian planes from flying into and over its airspace, according to the Washington Post.

On top of the 27-nation bloc, Canada also announced its airspace is closed to all Russian aircraft.

Belgian Prime Minister Alexander De Croo said on Twitter, “Our European skies are open skies. They’re open for those who connect people, not for those who seek to brutally aggress.”

This ban cuts Russia off from the easiest routes in the West.

So far, Russia has retaliated by banning flights from several E.U. countries. The U.S. Embassy in Moscow is urging American citizens to leave “immediately,” as more flights continue to be canceled. 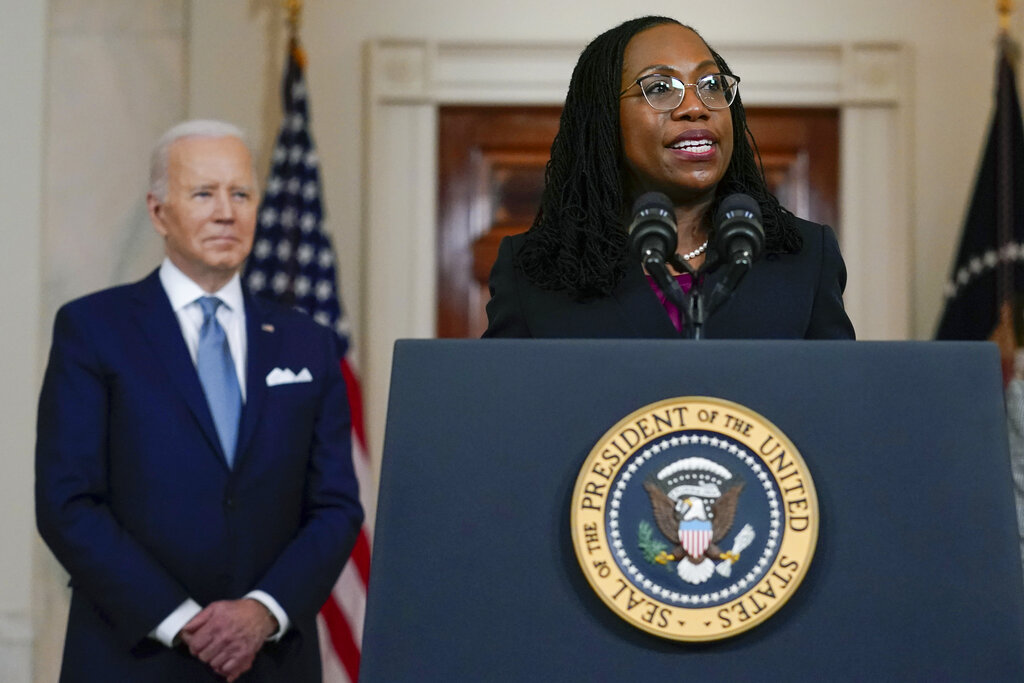 Judge Ketanji Brown Jackson speaks after President Joe Biden announced Jackson as his nominee to the Supreme Court in the Cross Hall of the White House, Feb. 25, 2022, in Washington. Biden will deliver his State of the Union address to a joint session of Congress on Tuesday, March 1. (AP Photo/Carolyn Kaster, File)

President Joe Biden announced Judge Ketanji Brown Jackson as his nominee to replace Justice Stephen Breyer on the Supreme Court, according to the Wall Street Journal.

A graduate of Harvard Law School, Judge Jackson served nine years as a federal judge in Washington, serving as a U.S. district judge and on an appeals court.

Melissa Murray, a law professor at New York University, said, “This kind of professional diversity is something we really have not seen on the court in the past.” 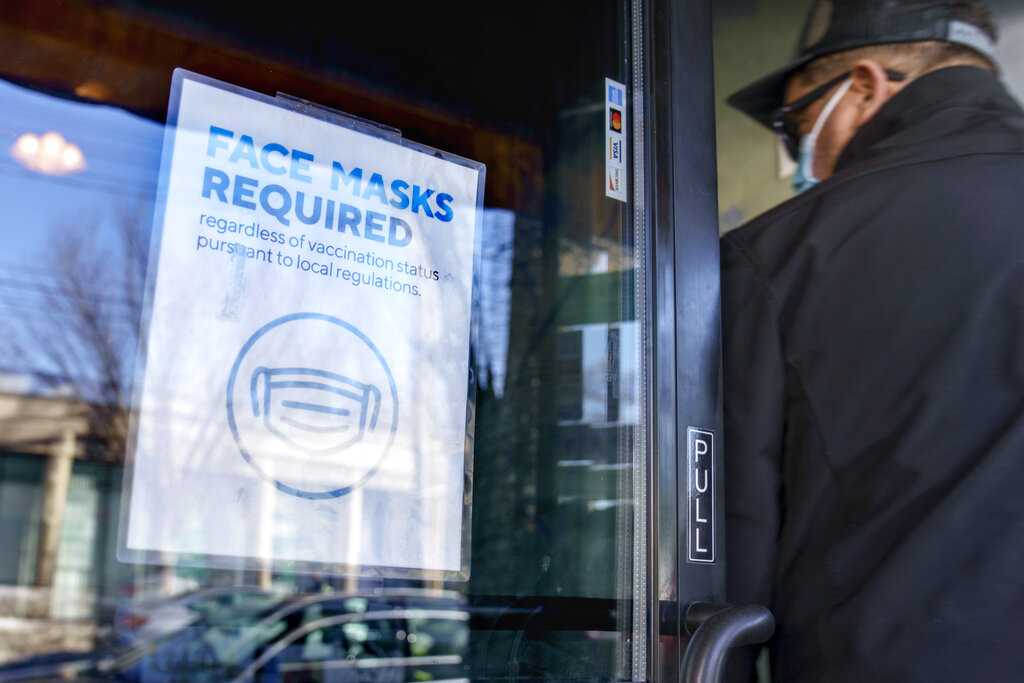 A customer enters a restaurant past a sign posted to the door requiring masks Wednesday, Feb. 9, 2022, in Providence, R.I. (AP Photo/David Goldman, File)

The Centers for Disease Control and Prevention announced relaxed mask guidelines for indoor public spaces last week, according to the Washington Post.

These new mask guidelines, which took effect Friday, affect around 70% of Americans.

Schools are included in the guidelines, and if the districts follow the new changes, around 19 million students who currently wear masks could go without them.

This new framework to monitor COVID-19 is meant to give people a break as cases continue to decrease and states began to relax some of their own guidelines.

The CDC is no longer attempting to eliminate the virus, but rather create a way to classify counties with low, medium or high levels of disease. The aim is to relieve pressure off hospitals and healthcare systems and prevent them from being overwhelmed.

The new guidelines will not affect mask orders on public transportation. People will still be required to wear masks in these spaces until a decision is made around March 18. 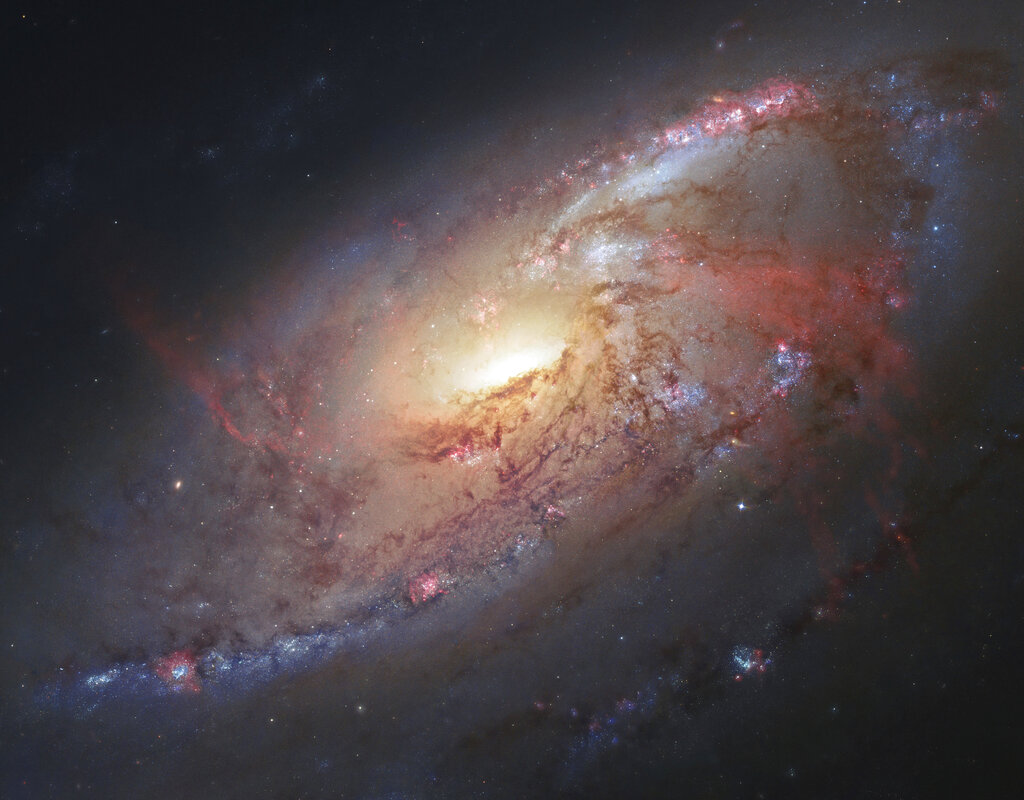 Astronomers have discovered a third planet orbiting Proxima Centauri, the closest star to the sun, according to NBC News.

The planet is only half the size of Earth and is so close to Proxima Centauri that it completes a full orbit in around five days. Although it is too hot to sustain life or liquid water, the discovery of a new planet could mean there are a plethora of other planets in that system, and possibly life.

The scientists discovered this planet in a similar way to the other two found in 2016 and 2019 in that same solar system: By detecting small variations in the star’s light caused by the planet’s gravity.

“We are now able, in terms of instrumental precision, to detect such small signals, which opens the possibility of finding planets like the Earth around stars like the sun in the not-so-distant future,” said João Faria, an astronomer at the Institute of Astrophysics and Space Sciences at the University of Porto in Portugal.

As astronomical instruments improve, scientists believe more planets will be found orbiting Proxima Centauri, and potentially other stars as well.