TCU unveils plans for the new TCU School of Medicine 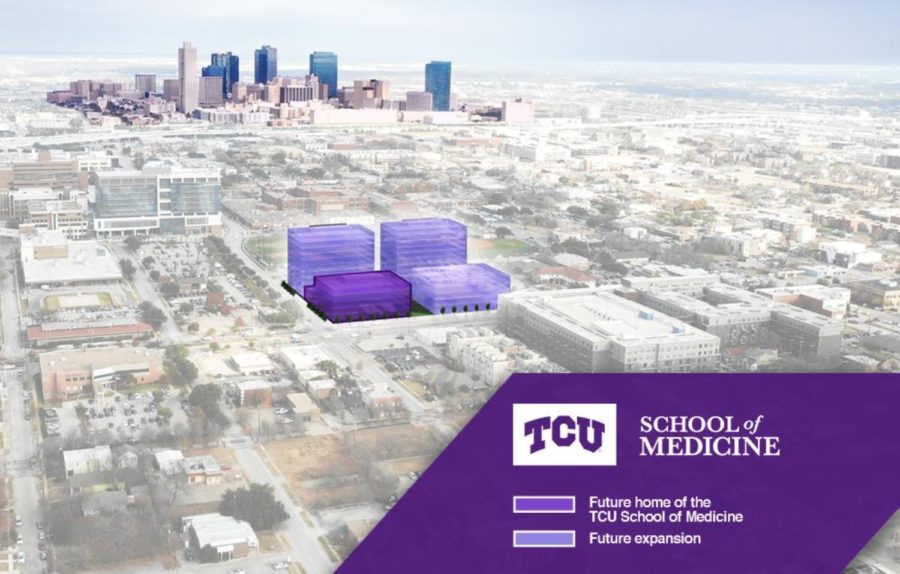 Plans for the new TCU School of Medicine to be located in the heart of the Fort Worth medical district. (Image courtesy of TCU)

The new TCU School of Medicine unveiled plans to put down its roots in the heart of Fort Worth’s medical district.

Plans for the four-story, 100,000 square foot education building were announced on Monday by Dean Stuart Flynn, the founding dean of Fort Worth’s first M.D. school, which was established by UNT Health Science Center and Texas Christian University in 2016.

Flynn said he “never dreamt we would be in the heart of the medical district.”

The medical buildings are projected to be complete by 2024, paving the way for new Horned Frog doctors.

Flynn spoke to a crowd of faculty, students, alumni and donors. A CareFlight helicopter whipped up the wind as the crowd applauded.

With the medical district only 10 minutes from TCU’s campus, Flynn said the location is a great opportunity to utilize the resources Fort Worth has to offer. 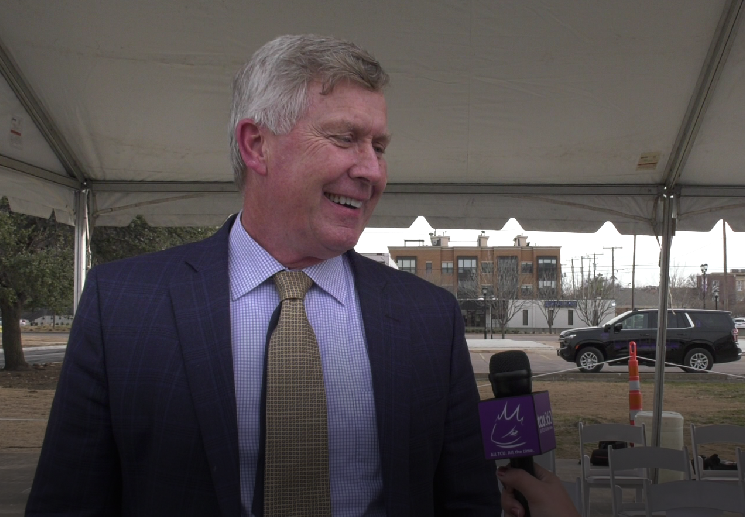 “Proximity to the medical school is essential to build robust relationships and take advantage of the amazing opportunities that we and our partners have in Fort Worth,” Flynn said.

“You can only do so much in a classroom, but by being here in the Medical District I’m most excited about the opportunities that will be available to us,” Shah said. “Harris Hospital is right across the street so we get to have that duality of the classroom learning and clinical learning.”

“This is one of the very few projects that I have ever done that everyone was for it! In fact I haven’t met anyone who wasn’t,” Boschini said. 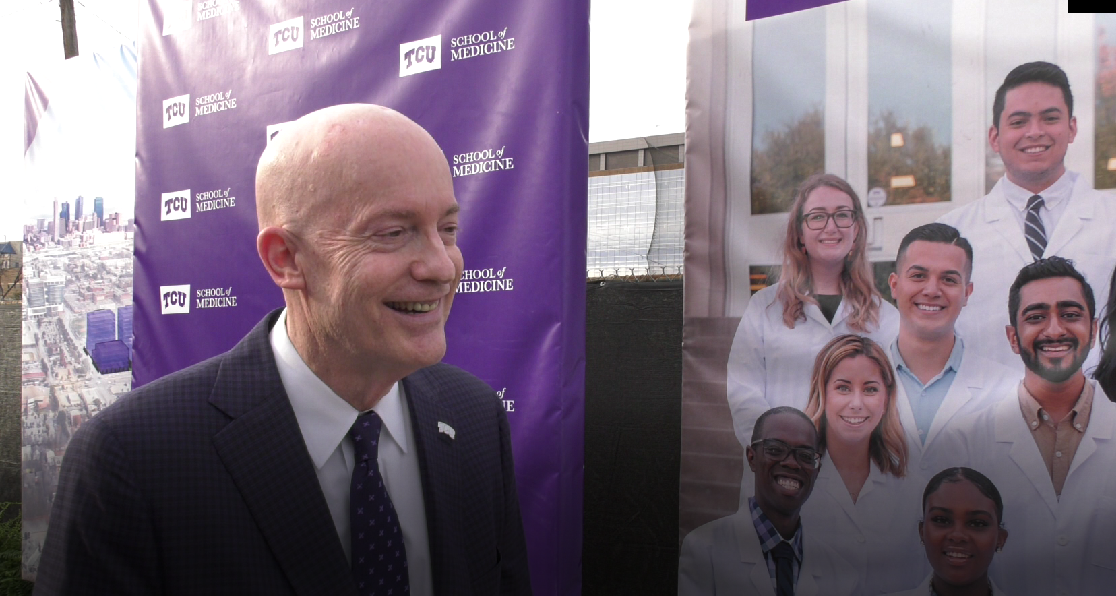 Fort Worth Mayor Mattie Parker spoke during the ceremony, specifically addressing the lack of healthcare physicians found throughout the United States. The building of the medical school will not only help the medical field, but also help TCU medical students build their skills and use their talents in Fort Worth.

“We need them [graduating TCU medical students] to stay in Fort Worth to become the next doctors and to recognize that talent pipeline is right here at home,” Parker said. 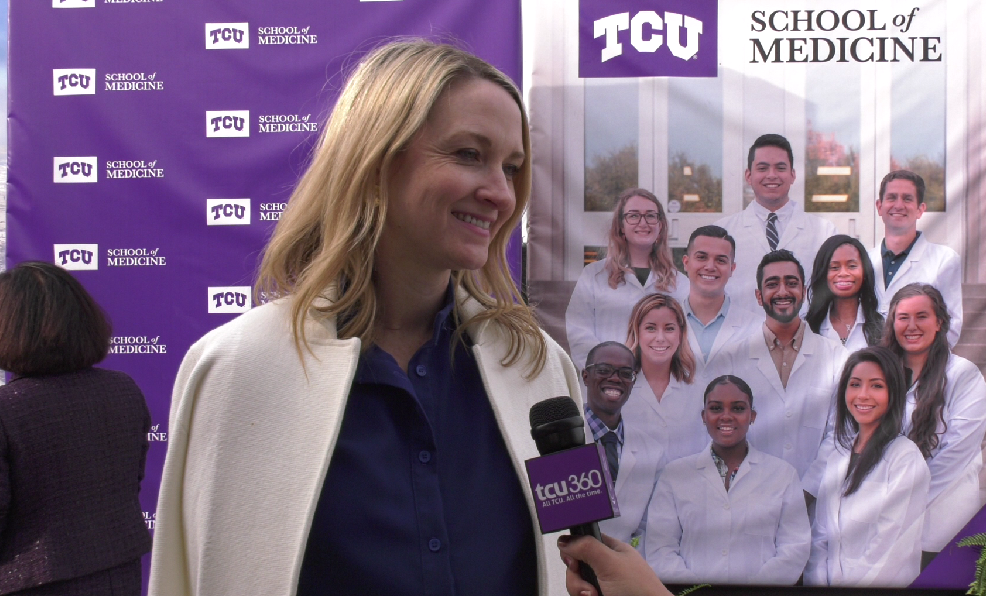