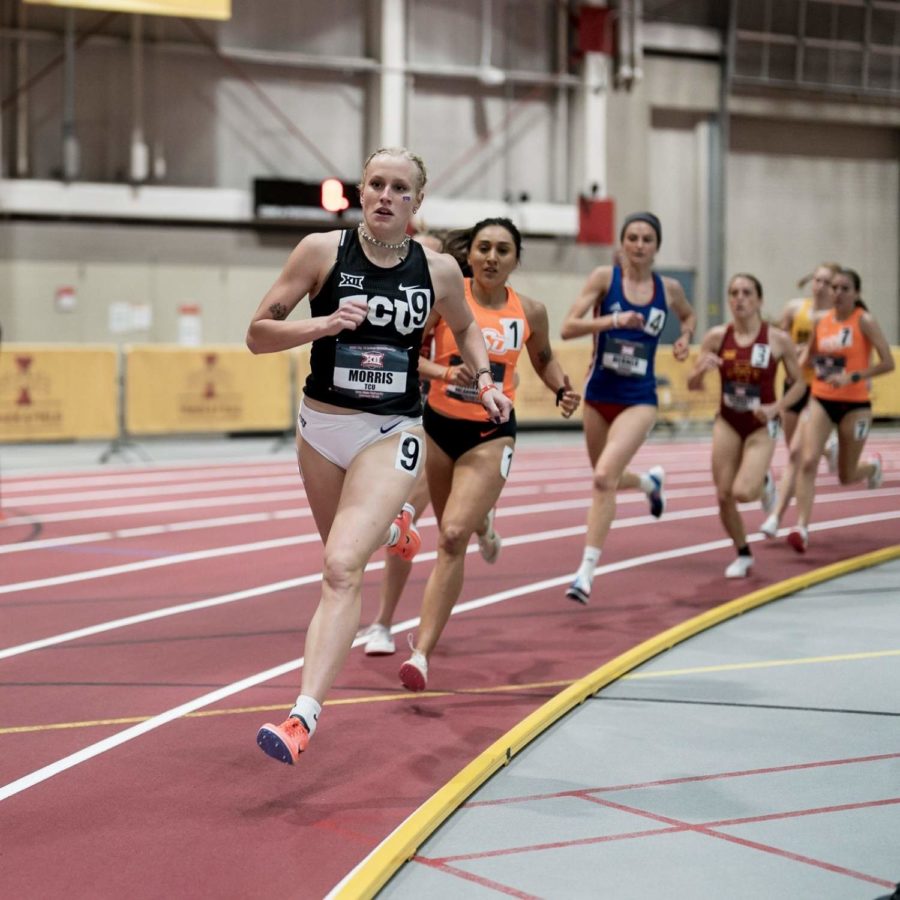 While many eyes were on men’s basketball and their upset of No. 9 Texas Tech or baseball and their sweep of Nebraska, a multitude of women’s sports quietly found success for TCU Athletics this weekend.

Three different women’s teams collected wins over the weekend, including a historical victory for TCU equestrian, and school records were broken by two other squads.

Here’s a look at the widespread success found by TCU women’s teams over the last few days:

No. 5 TCU equestrian upset No. 1 Oklahoma State on Saturday afternoon, giving the Frogs six-straight wins for the first time in program history.

All six wins have come against ranked opponents, and it was TCU’s first win over a top-ranked opponent since April 2017 (Baylor).

“These athletes are made of perseverance and grit, and when you add talent to that mix you have a team that doesn’t back down,” Director of Equestrian Haley Schoolfield said.

Leading the way for TCU was junior Mattie Dukes, who collected both MOP (Most Outstanding Performer) trophies in Western for the first time in her three-year career.

Coming off of their most successful year in program history, No. 4 TCU beach volleyball started their 2022 campaign off red hot, winning four-straight matches.

The third win came over No. 8 Cal Poly on Sunday, giving the Frogs their second ranked win in their first four contests. They took down No. 12 Florida Atlantic on Saturday.

After going a perfect 4-0 this weekend, sophomore duo Daniela Alvarez and Tania Moreno were named the American Volleyball Coaches Association (AVCA) Pair of the Week.

Alvarez and Moreno are the only pair to win this honor in TCU program history, and they have done it twice. The first came in the first week of the 2021 season.

The Frogs’ first home tournament of the season is this weekend (March 5-6). 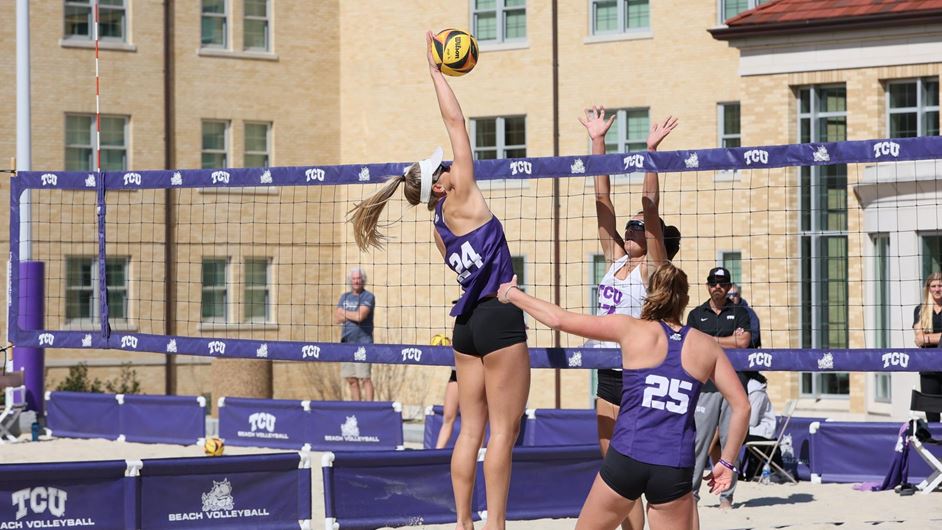 For the seventh time this season, TCU women’s tennis swept their opponent this weekend, taking down Texas State 6-0 in Fort Worth.

The victory keeps the Frogs perfect at home (8-0), with all seven of those sweeps coming on their home courts.

TCU women’s swimming and diving finished third at the Big 12 Championships this weekend, breaking three school records along the way.

On day two, Moore broke the program record in the 100 m backstroke. The next day, Moore then took four seconds off of her record to establish a new program-best at 53.38. 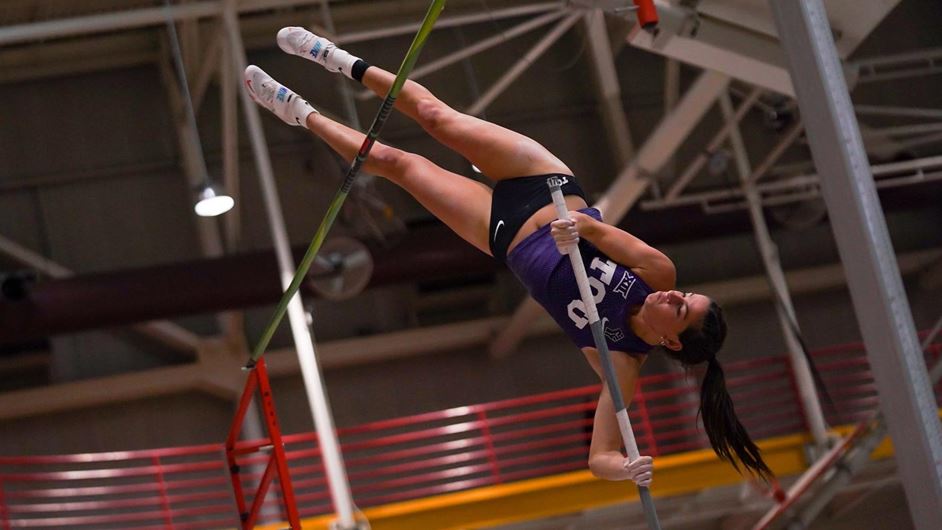 Graduate student Kasey Staley broke her own TCU record in the pole vault with a height of 4.27 m on Feb. 25, 2022, at the Indoor Track and Field Big 12 Championships. (Photo courtesy of gofrogs.com)

During the Big 12 Championships, several women on TCU’s indoor track and field team set school records while qualifying for or competing in the finals.

Graduate student Kasey Staley recorded a height of 4.27m in the pole vault on day one, finishing fourth and breaking her own program record.

On day two, sophomore Gracie Morris set the TCU women’s mile record with a time of 4:40.81 in her first appearance in the purple and white.