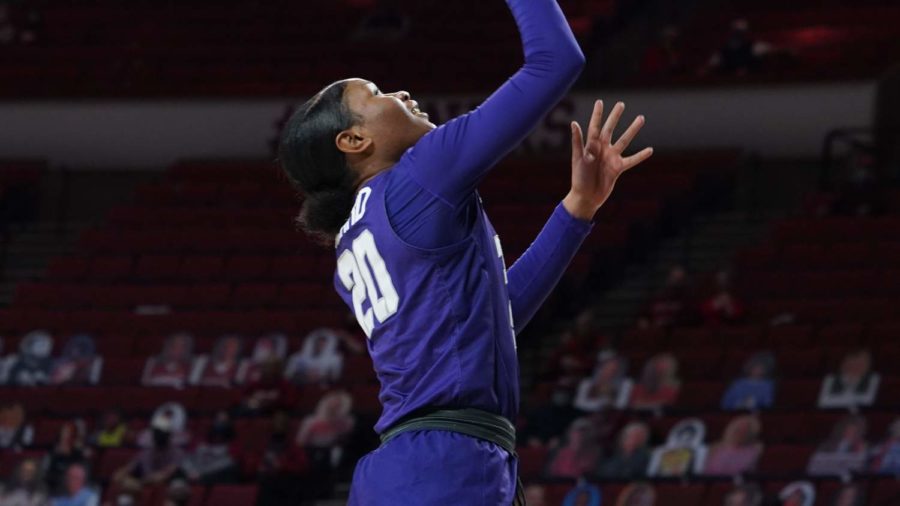 Though TCU women’s basketball lost their 20th game of the season on Wednesday night, it hardly mattered to the Frogs, as history was made.

No one in the 114-year history of TCU basketball, male or female, has scored more career points for the purple and white than Lauren Heard.

With 21 points against Texas Tech, Heard now has 1,978 career points, moving her past TCU legend Zahna Medley (1,975 points) for first on the program’s all-time list.

With under a minute to go in the third quarter, Heard burst past her defender for a left-handed layup, giving her the No. 1 spot and pulling TCU within two of the Red Raiders.

The Frogs would go on to lose 83-79, but Heard solidified herself as an all-time great within the TCU basketball program.

Playing in her fifth season in the purple and white because of COVID-19 eligibility, Heard leads the Frogs in four major categories, averaging 14.9 points, 5.8 rebounds, 4 assists and 1.4 steals per game.

Current Memphis Grizzlies star Desmond Bane, who sits at third on the TCU men’s list with 1,784 points, took to Twitter to congratulate Heard on Wednesday evening.

TCU will finish out their regular season on Saturday at 1 p.m. against Kansas State in Schollmaier Arena. Heard and five other players graduating will be honored for Senior Day.