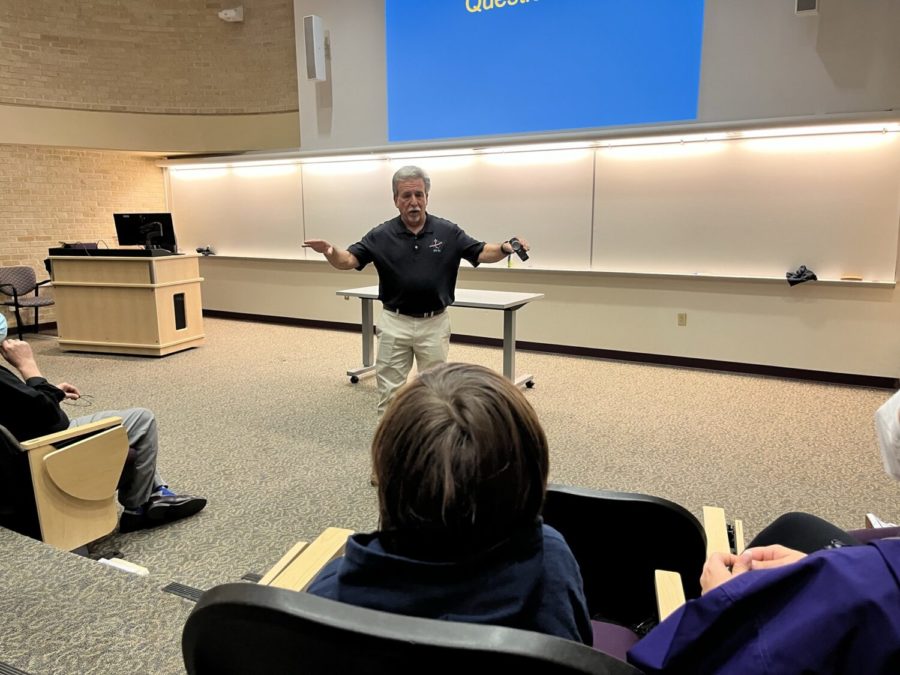 Charles Camarda, an astronaut and engineer, explains to a curious young scientist what it feels like to be in space at his Green Honors Chair presentation on Monday, February 21 in Sid Richardson Hall. (Katherine Lester/Managing Editor)

It’s not every day that a NASA astronaut lectures in Sid Richardson Hall.

Camarda was part of the STS-114 “Return to Flight” mission – NASA’s return mission to space following the Columbia space shuttle disaster. For his presentation, Camarda taught engineering students, faculty and audience members how to learn from safety issues and prevent tragedies.

The visit was part of the Green Honors Chair program. Notable scholars and artists from all disciplines are brought to campus for short residencies as Green Chairs.

After space shuttle Columbia disintegrated upon re-entry into the atmosphere in 2003, Camarda sprung into action. The thermal structure engineer was part of the research team that figured out what went wrong and how to prevent the accident in the future. Not only did he conduct this research on the ground, but he also experimented while onboard the International Space Station two years later.

In the Columbia shuttle, a piece of foam insulation had broken off of the space shuttle and hit a key area of the leading-edge of the left wing, leaving a gaping hole for hot gasses to seep inside the vehicle.

While on the ISS, Camarda explained how he and crew members experimented with repairs astronauts could use for future missions, should foam damage occur again.

Foam insulation breakage was commonplace in previous missions, but it was thought to pose no safety concern, Camarda said.

“We never were able to figure out what made the foam break off, but we still kept flying,” said Camarda. He said this oversight cost the lives of “seven friends and classmates.” 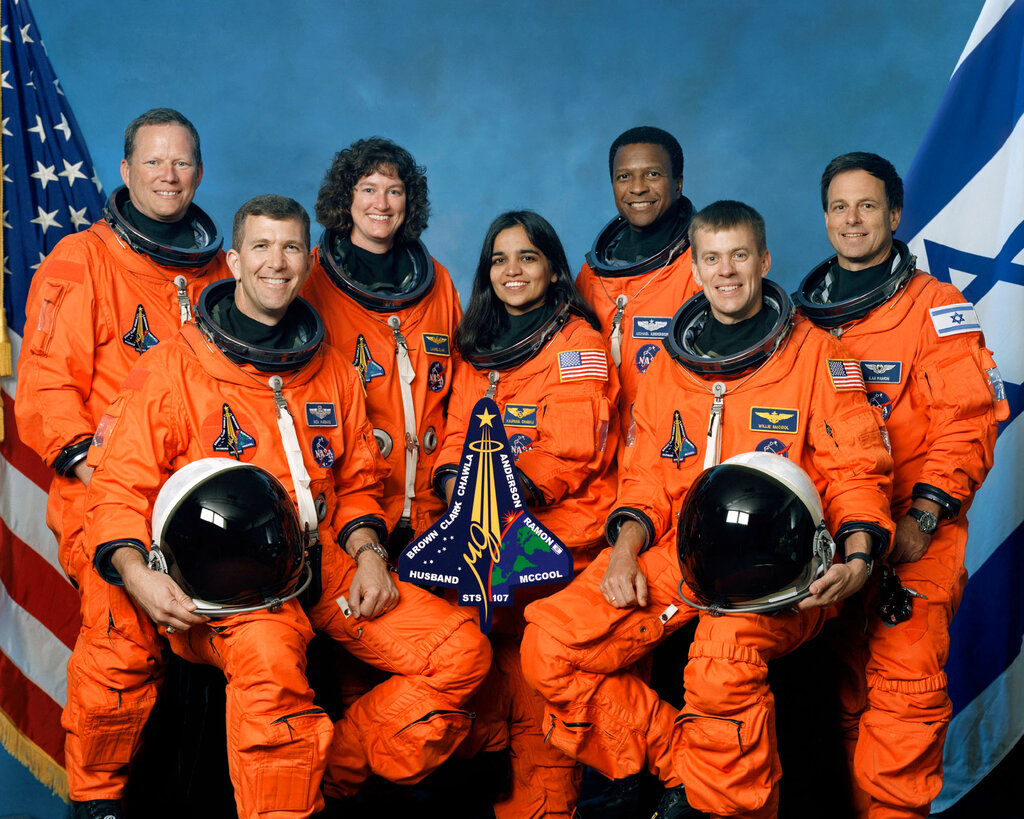 Even though the issue was technical, Camarda said the tragedy stemmed from the internal culture at NASA. Proper safety preventative measures were not calculated for foam break-off, and some engineers were pushed to the side when they brought up concerns. Transcripts retrieved by the New York Times from NASA the week before the launch show that NASA scientists thought the foam insulation posed “no safety of flight” concern.

Camarda showed video footage of foam breaking off from his own flight in 2005 that nearly missed the leading-edge of one of the wings – the same spot where foam hit the Columbia space shuttle.

“It was interesting how [Camarda] put personal responsibility into perspective for engineers because that’s something we learn about in a lot of our other classes,” said David de Oliveira, a junior mechanical engineering major. “I think there were a lot of people that tried to speak up and that was a massive perspective that was given to us, that there was a loss of life because people didn’t take responsibility seriously.”

After explaining how cultural issues can cause disasters, Camarda told students to pay attention to the internal culture of an organization before they start looking for jobs. He said having mentors who protected him early in his career was essential.

“Find out who is going to be your mentor,” Camarda said. “Are you going to be able to learn from this person? Do they have values you respect?”