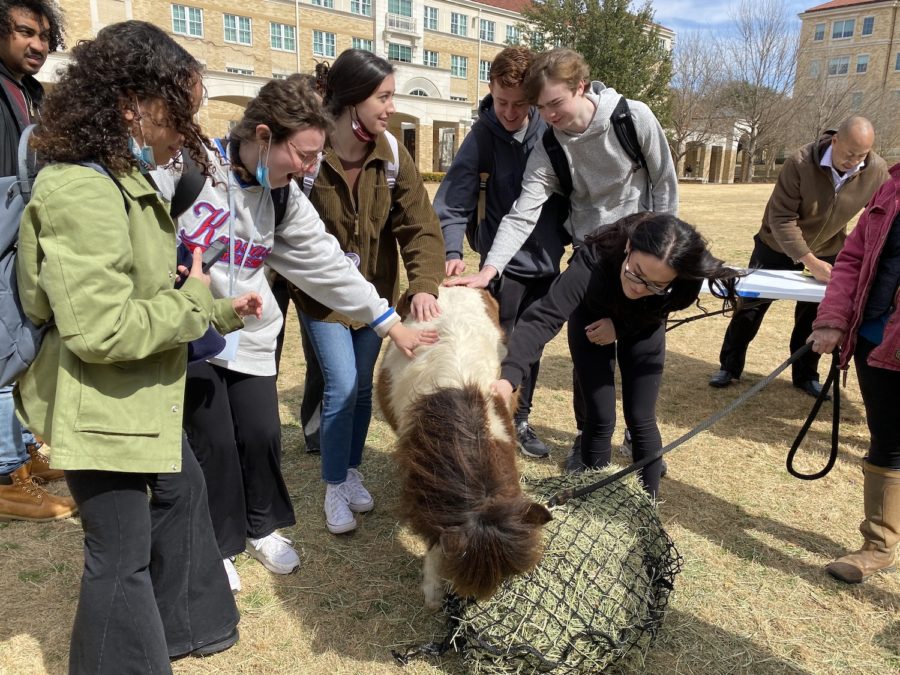 Jarvis Hall has become the home base for Renew – Depression and Anxiety Peer Support Community.

Even though young adults in college have always experienced depression and anxiety, COVID-19 has increased the severity, said Adry Sanders, a TCU triage, crisis and licensed professional counselor.

Anxiety and depression elements rose 5.1% in adults from August 2020 to February 2021, according to the Center for Disease Control and Prevention (CDC).

At TCU, Sanders said she has noticed changes in motivation to do well and follow-through, as well an increase in social anxiety.

One reason Renew was formed was to give students an outlet to communicate during COVID-19 and online school. Legally, counselors can only practice within their state, so when students move away, they may no longer have that outlet, Sanders said.

“We knew that there was going to be this need where we couldn’t completely terminate counseling, we just had to pivot what we could offer,” said Sanders.

Though Renew began over Zoom, it now occurs in Jarvis Hall from 4 p.m. to 5 p.m. every Wednesday.

The meeting is structured to give people an opportunity to share their week’s events and discuss topics chosen over GroupMe, said Manie Blewett, Renew member and sophomore early childhood education major.

“One we might talk about is dealing with grief,” said Blewett. “We all pick topics in our GroupMe before we go to Renew.”

Blewett learned about Renew after her boyfriend encouraged her to visit the TCU Counseling & Mental Health Center. Blewett said she was nervous to join, but she now feels refreshed when she attends the meetings.

Blewett said she was worried about knowing people in the group and what they might think or say of her, but she soon discovered that the community is committed to maintaining confidentiality. The meeting’s closing statement affirms that no one will discuss the conversations outside the community’s meeting, said Blewett.

“I wasn’t going to tell that person’s story, and I knew they weren’t going to tell mine,” said Blewett. “I trust that no one in the group is going to do that because we’re all struggling with our own stuff, and we want to help each other.”

The community is a place where people can be themselves, said Brentley Autry, a licensed professional counselor at TCU.

“They can come show up as who they are and get a little bit of extra support during the week,” said Autry.

Autry said that being a part of the community is different from one-on-one therapy because of peer perspective, idea variety and increased dialogue.

“I think somebody that’s your age going through something so similar to you is really what’s the most impactful thing about Renew,” said Autry.

To learn more about Renew or other peer support groups at TCU, visit https://counseling.tcu.edu/peersupport/.