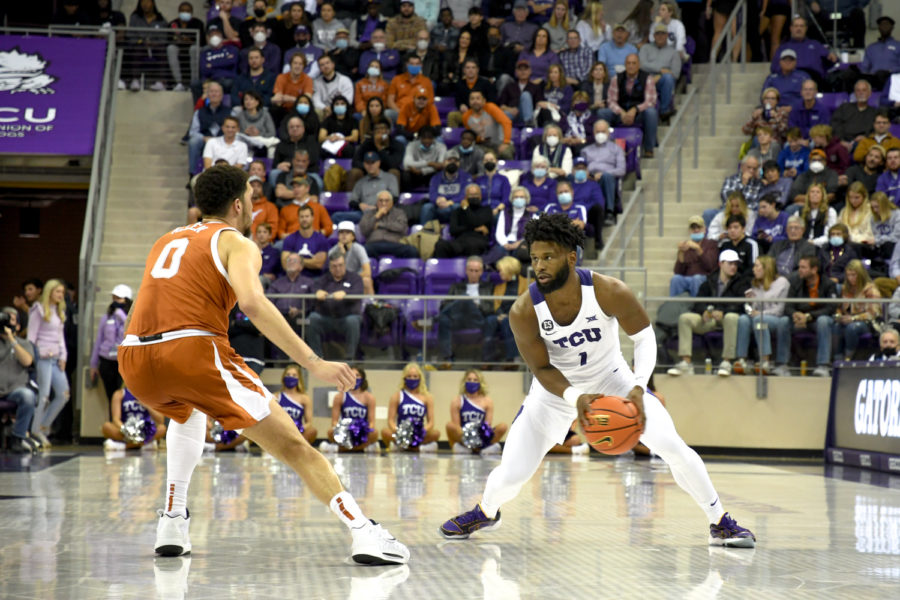 Per his Twitter page, TCU guard Mike Miles announced that he is declaring for the 2022 NBA draft on Wednesday.

“I feel like I’ve learned everything I could in college, and I feel that I’m ready to take the next step in my career,” Miles told TCU 360 in an interview on Monday.

The decision comes just nine days following TCU basketball’s 85-80 loss to top seed Arizona in the Second Round of the NCAA tournament.

This year, Miles emerged as one of the top players in the Big 12 conference, securing All-Big 12 Second Team honors after averaging 15.4 points, 3.8 assists and 3.5 rebounds in one of the best seasons in TCU basketball history.

To Miles, the newfound heights that the TCU basketball program found under his leadership will hold weight beyond his time in Fort Worth.

“I feel like the legacy I leave is being the guy who led the basketball team to the most ranked wins in history and winning a tournament game for the first time in 35 years,” Miles said.

When speaking with TCU 360 about his decision Monday, Miles said that the “decision was very tough” and that his time at TCU will be always remembered.

A star at Lancaster High School, Miles was the top player in the Dallas area during his senior year, as he was named SportsDay’s All-Area Boys Basketball Player of the Year by the Dallas Morning News.

Read more: The rituals of winning: Miles has found success wherever he has been

During his freshman year, Miles turned heads as one of the conference’s top rookies, averaging 13.6 points per game and earn All-Big 12 Honorable Mention and Big 12 All-Freshman team honors.

With his departure, the guard becomes the second Frog to leave the program following their postseason exit, as guard Francisco Farabello entered the transfer portal this week.

Miles plans to hire an agent in the coming weeks as he prepares for the 2022 NBA draft, which will be held on June 23 in Brooklyn, New York.