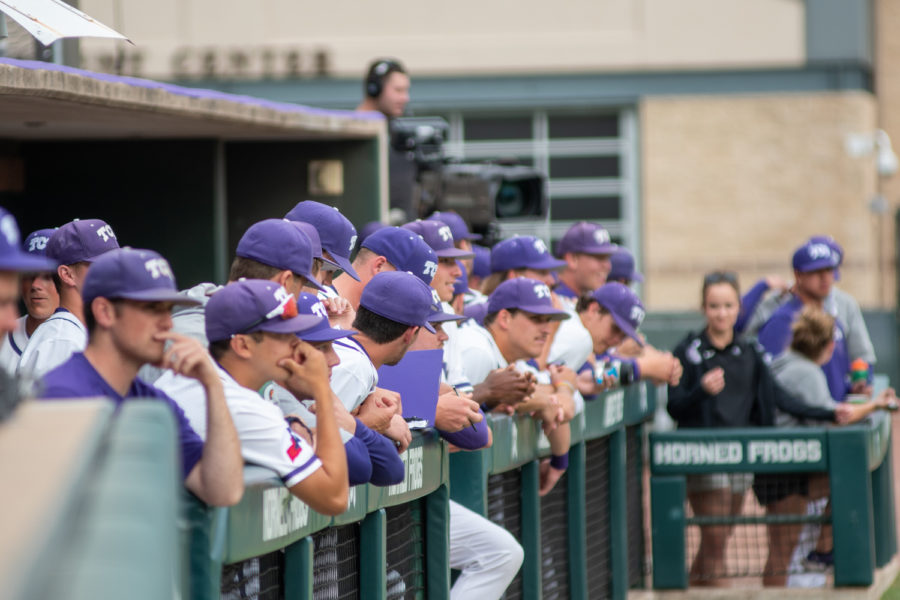 Baseball season is underway with the first conference game against Baylor a few weeks ago. With the rise in attendance for men’s basketball last season, the marketing team for men’s baseball is striving to achieve similar success.

Last season, TCU was ranked ninth in the country for average attendance in baseball and third in the Big 12 conference. Its goal is to average 3,700 people per game – 1,200 more than last season.

“We’re doing the same strategies, just have a new partnership with Barstool by working and utilizing them,” said Payton. “Nothing new, just accelerating our traditional methods.”

Tuesday: “Walking Tacos,” taco ingredients in a chip bag including Fritos or Doritos;Wednesday: “Kid’s Night,” children 12 and under get in for free;Thursday: “Thirsty Thursdays,” discounted soft beverages;Friday: “Super Bowl of the Days of the Week,” with happy hour specials, showgirls performance and fireworks to make it a special night;Saturday: “Salute to Service,” discounted tickets for active and retired military members;Sunday: “Family Day,” $1 hot dogs, ice cream helmets and a kid’s zone play area.

The marketing team is also partnering with Barstool TCU in an effort to increase student attendance at games. A tailgate, similar to the one held for men’s basketball, is already planned.

Since baseball season continues after the spring semester, Payton and the marketing team are trying to attract families from neighboring communities and fans.

“Between email marketing about team parties, developing email lists throughout the year and promos for tickets, they go hand in hand with various groups in the Dallas-Fort Worth area,” Payton said. “Community outreach is an important part of attracting fans once the semester is over and students are off campus.”