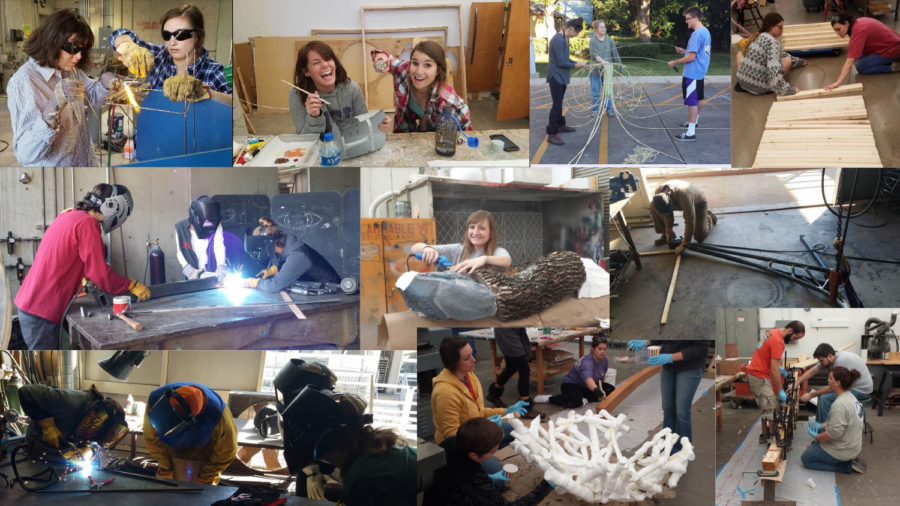 Students over the years work on their projects for the zoo enrichment course. (Photo courtesy of Dr. Tory Bennett)

The intersection of art and ecology is on display in a zoo enrichment course offered on campus.

Co-taught by environmental science associate professor Dr. Victoria “Tory” Bennett and studio art professor Cameron “Cam” Schoepp, MFA, the zoo enrichment course explores the ecological behavior of wild animals to gain insights into the types of stimuli that they encounter naturally. Students then develop and build structures meant to engage and enrich the lives of animals at the Fort Worth Zoo.

The students work in teams to study a specific species at the zoo and create objects that will enhance their lives in captivity.

“This wouldn’t work if we didn’t have the art students combined with the ecology students. You can make all sorts of things and put them in the zoo, but if you don’t have the background on ecology, you can’t possibly design something that will be that effective,” said Bennett. “Same goes for the ecology students, they can’t weld to save their life. They couldn’t come up with these ideas. That combination and collaboration makes it work. It is an example of how you need every aspect of art and science to solve world problems, or in this case, zoo enrichment.”

Bennett and Shoepp created the course over nine years ago, and it’s offered every other year. The duo recruits students — graduates and undergraduates — to take the course.

“We draw from a pool of students who have completed certain prerequisites and would work well with this particular group,” said Schoepp. “We encourage them to take the class, because we can’t necessarily make them sign up.”

Both professors assess their students’ personalities, strengths and weaknesses to determine the perfect group.

“We have teams of three: one advanced ecologist, one advanced artist and a little wiggle room for either or, or a newbie,” said Bennett. 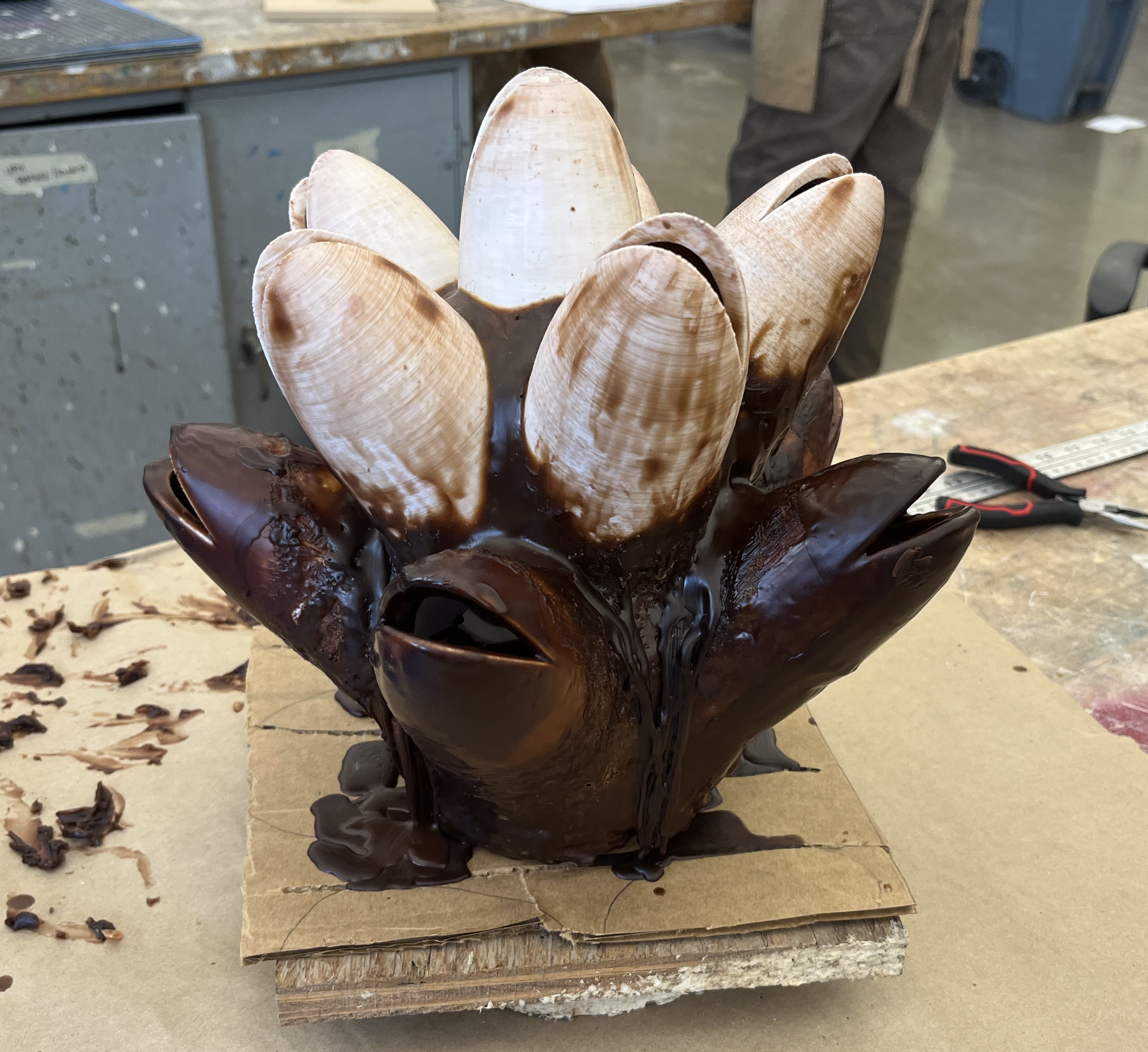 Senior environmental science major Gloria Serrano and Master of Fine Arts (MFA) graduate students Benjamin Loftis and Madi Ortega are focusing their efforts on the Hyacinth Macaw, a stunning cobalt blue bird with yellow coloring around its eyes and the base of its beak. It is the largest parrot in the macaw family.

“We saw that she didn’t have the ability to apply her full strength with her beak,” said Serrano. “Everything that was given to her, she destroyed.”

The group decided to create something that would make the macaw work for her food, instead of just having it placed in her cage.

“Our idea is to not only create something that is sturdy for her, but also something that challenges her food acquisition,” Serrano said. “This forces her to manipulate something in order for her to receive an award and really allows her to attack it.”

Their creation looks like a chandelier. Food is placed inside the top where it spills into different places within the structure where the bird has to retrieve it. The structure is made out of 3D plastic, then printed and waxed into form. The group plans to dip it in wax and finally cast it in aluminum.

“It is designed so that everything inside allows her to use the full force of her beak,” said Serrano. 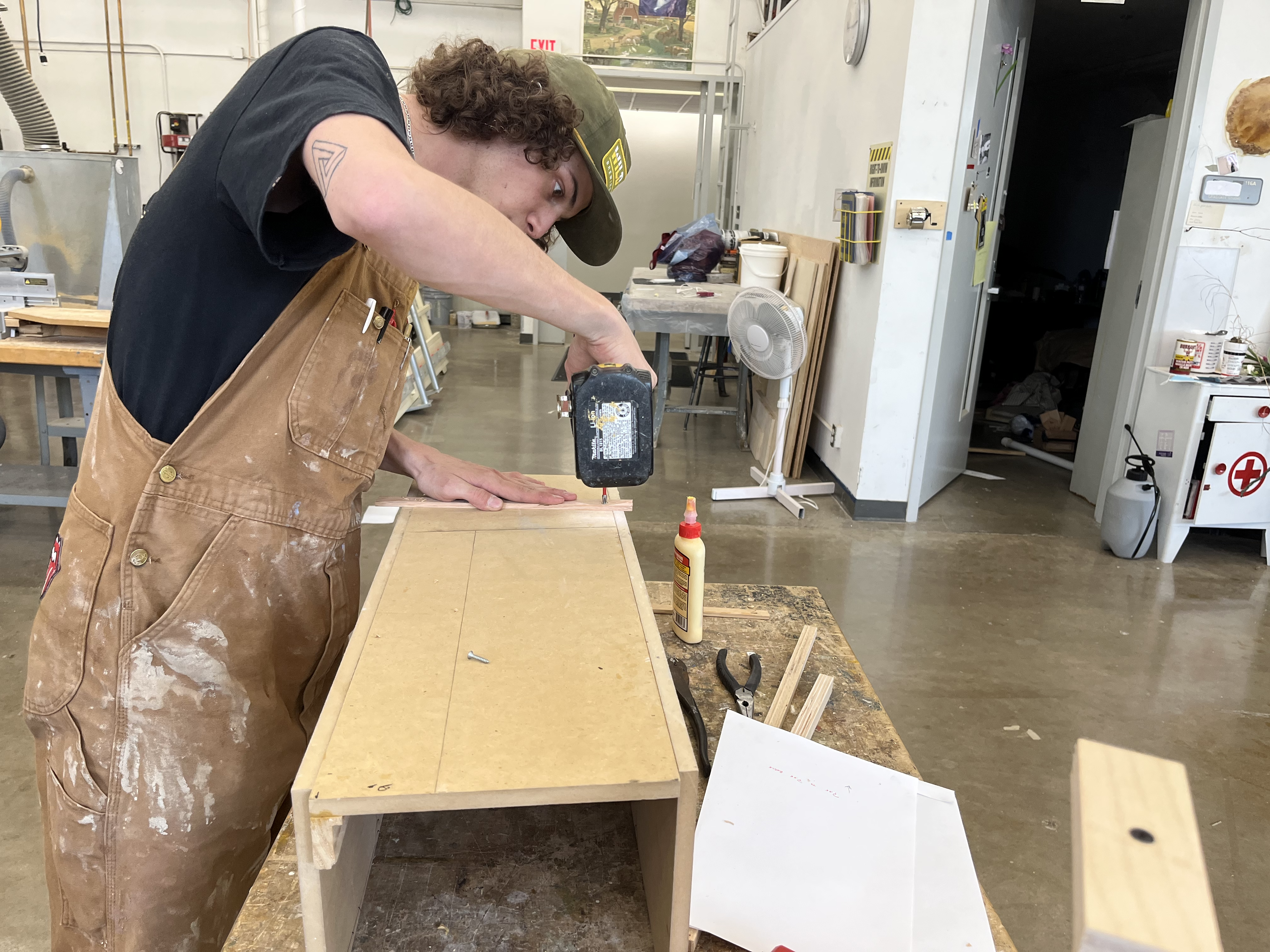 Lauren Griffin, a senior combined science major, Nathan Little, a senior sculpture major and Sydney Martin, a junior studio art painting major, are focused on the gray fox. They are sometimes known as the “tree fox” or “cat fox” because it is one of two species of canid that climb trees. Their rotating wrists and semi-retractable claws allow them to climb high to den, forage or escape predators.

Marshall, the gray fox at the Fort Worth Zoo, has an indoor and outdoor enclosure.

“On the outside, he didn’t have anything where he could use his natural abilities to climb trees,” said Griffin. “Gray foxes forage in trees in the wild. They like to evade predators and play using trees. Trees are just a huge part of their natural instinct in the wild.”

The group wanted to maximize the enclosure vertically. Marshall’s enclosure isn’t large, but the group felt that they could double the space by making it vertical.

The group decided to make a tree out of PVC pipe and rubber. The textured rubber looks like tree bark. Marshall will be able to sink his claws into it and climb to the top.

“The zookeepers can also put food up there so there is a reason for him to climb the tree,” said Griffin. “He is going to mimic these natural foraging habits by climbing these trees to get food.” 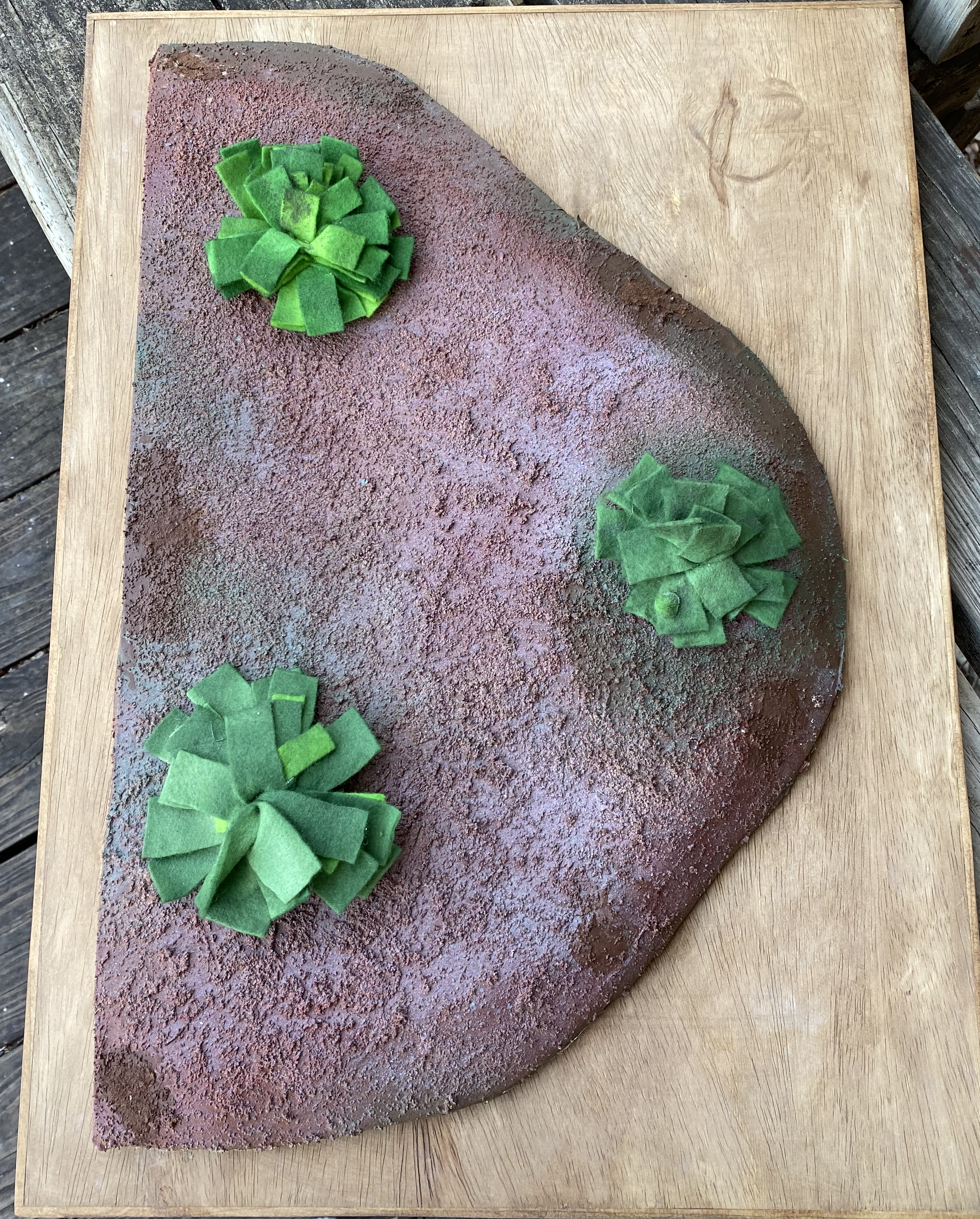 Lane Rosal, a sophomore sculpture major, Davion Mack, a junior sculpture major and Taylor Craig, a senior environmental science major, are working with the Patagonian Mara, a large rodent with long hare-like ears and a body that resembles a small deer. It has long powerful hind legs which allow it to rapidly escape from predators. Its four sharp claws on its front legs allow it to burrow.

“In his natural habitat, he would go around from place to place and graze with his species group,” said Rosal. “He doesn’t have anything like that in the zoo because he is in a small offsite enclosure with concrete flooring.”

He was being fed from a dog bowl so his access to food was very immediate – much different from foraging in the wild.

The group used a fire hose as the main component of the structure. They are also using two-part animal-safe epoxy to encompass the structure.

“Since he is a rodent, his teeth are constantly growing,” said Rosal. “He is always going to be chewing on things so we wanted to choose a material that would be durable for him but he can also get lots of use out of and exercise the natural tendencies that he has.”

Rosal’s group is looking for donations via gofundme to help pay for project expenses. 100% of the proceeds go towards constructing the mara’s feeder.