President Biden cancels $10,000 in student loan debt: What this means for TCU students 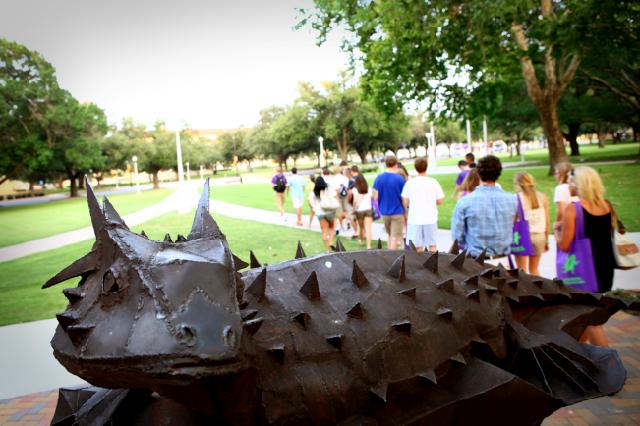 Borrowers with federal student loans can expect some debt relief after President Joe Biden announced Wednesday that those earning $125,000 or less per year would have $10,000 in loan debt forgiven.

Many TCU students have not heard about the announcement, while others do not have to worry about loans because of scholarships.

“This gives people a chance to take advantage of opportunities, to access higher education,” Hernandez said.

The three-part plan also includes extending a pause on payments for all borrowers until Dec. 31, and students who received Pell grants — for low-income students — will be eligible for an additional $10,000 in debt forgiveness, up to $20,000 total.

“$10,000 is a good start, it’s just that it could have been done a long time ago, and it could easily be a lot more,” said John Harvey, professor of economics at TCU. The amount won’t have a significant impact on the macro economy, he noted.

“What we need people to do, if we’re going to rely on the market system, is to come out of college and buy a car and maybe move into an apartment and a house later, but they can’t do that,” he said.

Harvey said student debt is an issue that could be addressed on the front end.

“The federal government in no way either needs all the money back, and especially don’t need to be charging these incredible interest rates and they especially don’t need to be making it so difficult to get rid of student debt,” Harvey said. Adding, “If we want an educated population that they can then go out and actually buy a car, then we need to think about how we’re setting everything up.”

Dongwoo Kim, assistant professor of economics said it is hard to say what the impact of the policy will be on the economy, but it “will definitely help TCU students who have loans and who would qualify for the criteria.”

While the debt forgiveness will provide economic relief to millions of people and is intended to “help working and middle-class federal student loan borrowers transition back to regular payment as pandemic-related support expires,” critics of the plan say that as these student loan borrowers gain new-found cash flow, they likely will spend it, and the incremental spending could increase inflation.