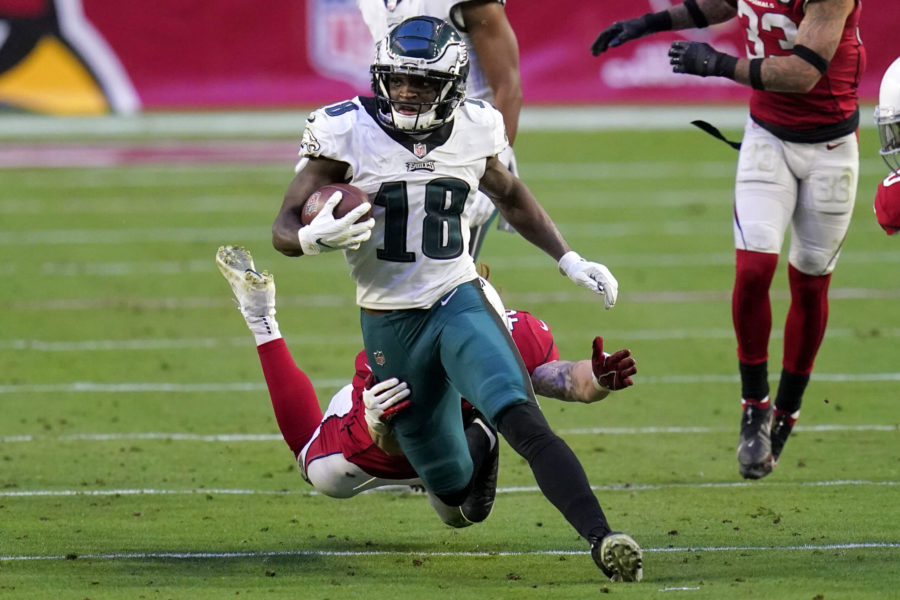 The Philadelphia Eagles have traded Jalen Reagor, their 21st pick in the 2020 draft, to the Minnesota Vikings.

Trade: Eagles are sending WR Jalen Reagor to the Minnesota Vikings in exchange for a 2023 7th-round pick and a 2024 conditional 4th-round pick that would deescalate to a 5th-round pick if certain statistical marks are not met, sources tell ESPN.

This trade comes on the heels of Eagles general manager Howie Roseman telling reporters, “He’s 23 years old. We’re going to do whatever we think is in the best interest of the team, and we felt like there was no doubt in our mind that he deserved a role on this team.”

Reagor will now join star WR Justin Jefferson, who was selected one pick after him in the draft.

Reagor will face his former team in Week 2, when the Vikings play the Eagles on Monday, Sept. 19, at Lincoln Financial Field.