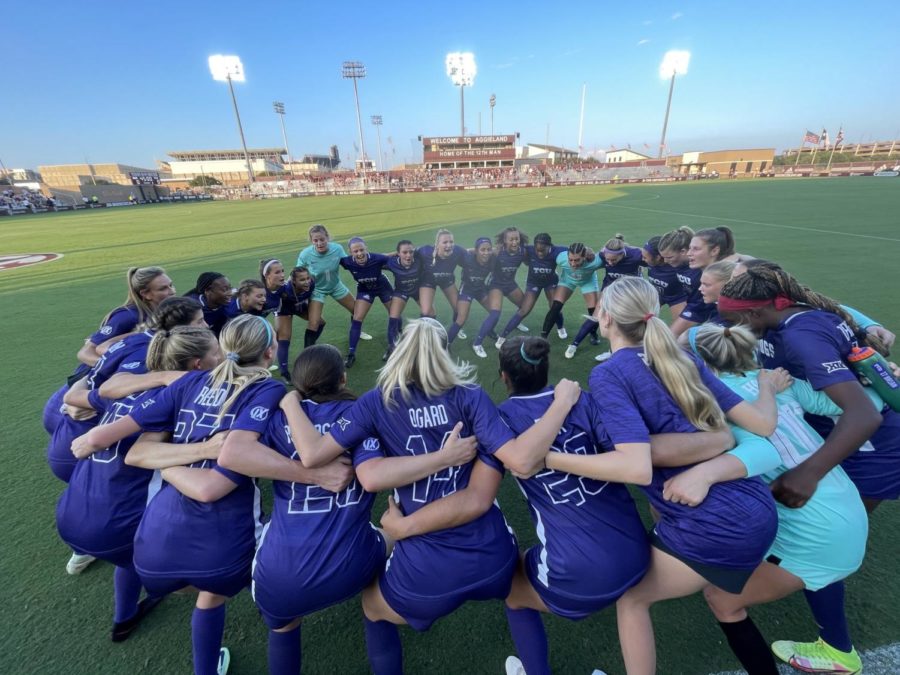 The game ended 2-1 in favor of the Frogs. The Aggies scored their lone goal on a free kick in the 45th minute.

The equalizer goal came from the teamwork of sophomore forward Lauren Memoly and freshman forward Tyler Isgrig. Memoly passed to Isgrig who fought through multiple defenders to score.

The second half continued with back-and-forth action, but no goals came from either team.

TCU junior goalkeeper Lauren Kellet had a solid game, holding the Aggies at one goal with two saves in the 56th and 58th minutes.

Kellet tied her season-high of five saves during the game, including a diving save to punch the ball over the net.

This goal would end up being the game-winner as the Aggies failed to respond.

“I think they took it to us in the first half before we scored as the half ended for the equalizer,” said head coach Eric Bell. “It was back-and-forth in the second half. They had their moments and we had our moments. Thankfully, Cam was able to put it away for us.”
Looking Ahead
The Horned Frogs play Texas State (6-0-1) on Sunday at 1 p.m. in San Marcos, TX.