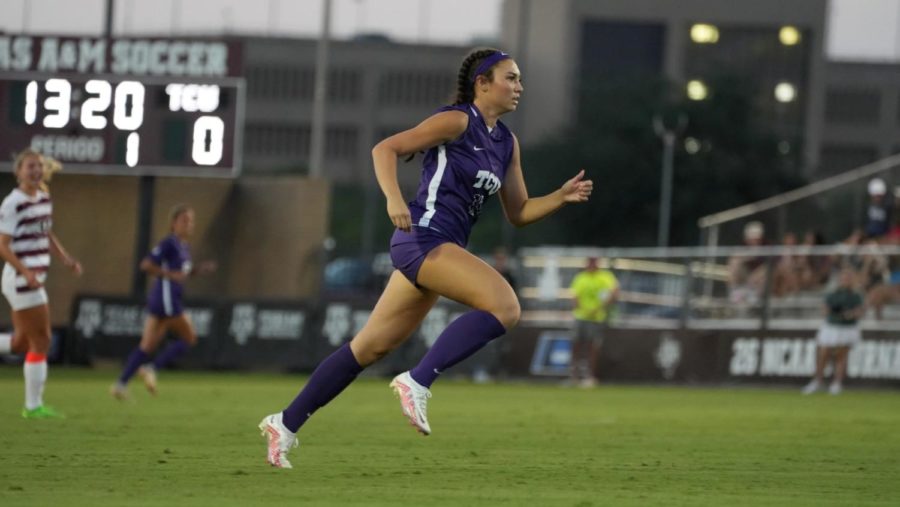 After an intense week with games against No. 21 Texas A&M and Texas State, two Horned Frogs dominated the field and earned Big 12 Conference honors.

Midfielder Olivia Hasler was named Defensive Player of the Week and forward Tyler Isgrig was named Freshman of the Week.

Hasler totaled 169 minutes on the field over two games and played the entire match against Texas A&M. During the Texas State game, Hasler recorded an assist that allowed TCU to gain their fourth shutout of the season. Hasler helped TCU limit Texas A&M to one goal and shut out Texas State.

Isgrig contributed to all three goals during the shutout Texas State game. She scored two goals of her own and added one assist. She also hit the game-tying goal against No. 21 Texas A&M. Isgrig was third in the Big 12 last week after gaining seven points in two games. Isgrig was also named a TopDrawerSoccer Team of the Week Honorable Mention.