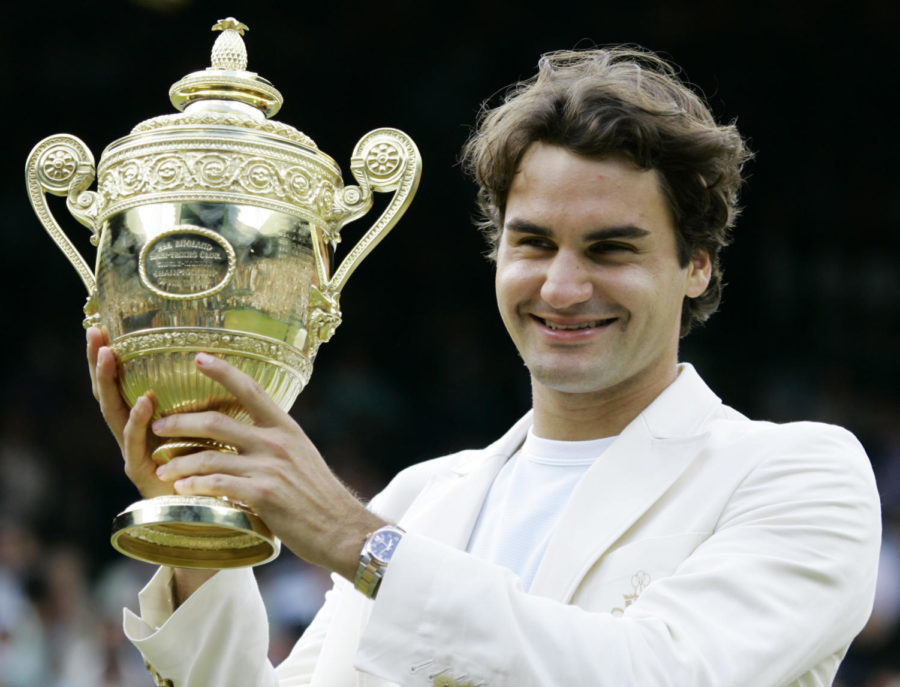 Roger Federer holds the winners trophy after his victory over Spain's Rafael Nadal in the Men's Singles final on the Centre Court at Wimbledon, Sunday July 9, 2006. (AP Photo/Anja Niedringhaus, File)

“I know my body’s capacities and limits, and its message to me lately has been clear,” said Federer, who has won 20 grand slam titles. “I have played more than 1500 matches over 24 years. Tennis has treated me more generously than I ever would have dreamt, and now I must recognize when it is time to end my competitive career.”

Federer is set to play his last tournament against his well-known rivals, Rafael Nadal, Novak Djokovic, and Andy Murray at the Laver Cup on September 23-25.

“This is a bittersweet decision because I will miss everything the tour has given me,” Federer said. “But at the same time, there is so much to celebrate. I consider myself one of the most fortunate people on Earth.”
Railroad unions decide against strike

Railroads and union leaders have reached a tentative agreement averting a potentially crippling strike that was set to start this weekend, according to The New York Times.

“The tentative agreement reached tonight is an important win for our economy and the American people,” Biden said. “It is a win for tens of thousands of rail workers who worked tirelessly through the pandemic to ensure that America’s families and communities got deliveries of what have kept us going during these difficult years.”

After only calling 26 of the 80 witnesses to trial,  attorneys for the shooter in the Marjory Stoneman Douglas death-penalty trial “abruptly rested their case without any advance warning” Wednesday morning, according to Fox News.

Nikolas Cruz has pleaded guilty to all 17 counts of premeditated murder and 17 counts of attempted murder in the 2018 shootings at the Florida high school.

The defense had at least 40 witnesses scheduled to take the stand when Cruz’s attorney, Melissa McNeil, decided to rest the trial.

“This is the most uncalled for, unprofessional way to try the case,” said Broward County Florida Circuit Judge Elizabeth Scherer.